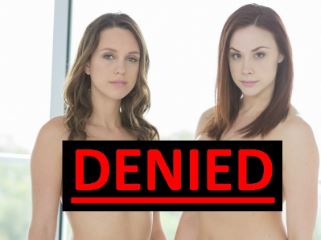 The last few months have seen an explosion in public concern about pornography, specifically internet pornography and the negative effects that it has on young men.

Numerous health concerns are cited as evidence for action. Chief among them is erectile dysfunction.

As always when the powers-that-be wish to exercise their control over the rest of us, their solution is to turn to the new and wondrous religion of science.

That’s the sub-heading of the piece and I’m not going to quote anymore of it because this is more than enough.

(Yeah, sorry scientists – your slavish devotion to funding, and your abject cowardice over the climate fraud means that we don’t believe you pricks anymore.)

Well, two can play at that game, so I went and found a whole bunch of studies that show the opposite.

The Potential Associations of Pornography Use with Sexual Dysfunctions: An Integrative Literature Review of Observational Studies.

There is little if no evidence that pornography use may induce delayed ejaculation and erectile dysfunction, although longitudinal studies that control for confounding variables are required for a full assessment.

Is Pornography Use Associated with Sexual Difficulties and Dysfunctions among Younger Heterosexual Men?

We found little evidence of the association between pornography use and male sexual health disturbances. Contrary to raising public concerns, pornography does not seem to be a significant risk factor for younger men’s desire, erectile, or orgasmic difficulties.

Is Pornography Use Related to Erectile Functioning? Results From Cross-Sectional and Latent Growth Curve Analyses.

In conjunction with prior literature, we conclude that there is little or no evidence of an association between mere pornography use and ED, consistent evidence of an association between self-reported problematic use and ED cross-sectionally, and no evidence of causal links between any pornography variables and ED. Grubbs JB, Gola M. Is Pornography Use Related to Erectile Functioning? Results From Cross-Sectional and Latent Growth Curve Analyses. J Sex Med 2019;16:111-125.

You cite your scientific resources, then I’ll cite mine. But this sort of stuff is meaningless in the greater scheme of things.

This sudden interest in making it the new smoking completely misses the entire point as to why we have reduced our young men to a population of furtive wankers [“Jerk-offs” for our American readers].

But once again, that should just be a launching point, not the end game in of itself.

They are told that the very words that come from their unworthy mouths are mansplaining and that the mere act of sitting in public is an assault against women.

They are made to believe that their very masculinity is toxic; that if they touch a girl in any way and years after the fact she wants to accuse them of rape then society will celebrate it and gleefully participate in the collective punishment and shaming of the male concerned.

If they get to the point where they have kids, then the children are not their own and are liable for confiscation at any point for infractions that will be dreamed up after the fact.

They are automatically considered to be sexual predators by nature; nothing can prove otherwise, and society does not trust or value them in any way shape or form.

The majority of young women these days; the ones that young men are supposed to be pursuing, even though such pursuit puts them at the mercy of what I have mentioned above, are not what one would consider to be traditionally desirable.

On the contrary, labelling them as overweight, dumb and promiscuous would not even begin to describe the awfulness of what is available.

It’s not just slim pickings out there; it’s a veritable desert of desire.

Give me a break. Society shames and outcasts young men to such an extent that young men retreat to the sanctuary of their homes.

There, they engage in activities that leave them with no human contact and its associated risks in their miserable lives.

I submit that society’s sudden concern for the welfare of young men has more to do with their value as economic units rather than them as people with souls and potential real futures.

Those young white men are in reality the ones that keep everything going, so heaven help us all if they decide that they don’t want to get with the program anymore.

Far better to outlaw their preferred method of checking out and get them to go back down the coal mine which society will then proceed to abuse them for as well.

Remember those Marxists who wanted to destroy the family? Well, it looks like they succeeded. Might I suggest that you’re going after the wrong people.

H/T to the guys at The Cat, specifically Mitch and Struth for the inspiration and information for this post.

THE LADY IS ALL CLASS

UN-FAIRFAX AN AFFRONT TO DECENT JOURNALISM