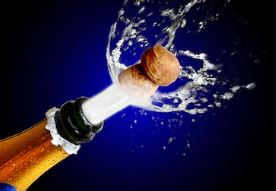 On June 10th this year, I was absolutely delighted to find that I had been awarded the Order of Australia on the Queen’s Birthday Honours List. The award recognised my contribution to international education.

I know that this is one of the highest awards given to Australian citizens, and It was an incredible feeling to have received it. I have always felt great love for our country Australia, and our Head of State, Her Majesty, The Queen which made the whole thing even more special.

Unfortunately, within hours of the award being announced by the Governor General, I came under a sustained attack by our leftist media.

The attack was started by the Advertiser in Adelaide, and then marshalled by the far-left Guardian newspaper and News Limited. Leftist academics quickly joined the attack. One of the main protagonists was Brendan Keogh of the Queensland University of Technology (QUT)[ADC1] . He is a very junior researcher who is far left politically. He runs a far-Left group called DiGRAA – the Digital Games Research Association Australian Chapter, which also stated they will lodge a formal challenge against the Award.

The whole affair rapidly took on the feel of the Salem witch hunts. These “witch sniffers” demanded that the Governor General and Her Majesty, The Queen strip me of my Award. Their reasoning for this centred around three main points.

Firstly, I stood as a candidate for the Conservative National Party which is headed up by Senator Fraser Anning. The witch sniffers said that I was not suitable for an Order of Australia, because this made me a “racist” (amongst other insults and slurs).

Secondly, they said that I am too “rude” and “impolite” for a Professor, and therefore not eligible for the Award and lastly, they characterised my career of about 25 years in engineering as a “sex robot expert.”

Adrian Cheok, who was made a member of the Order of Australia, has been censured for ‘aggressive, belittling’ language towards colleagues

To address the first point, I would like to point out that the Conservative National Party stands for the policies on which Australia was founded. This country was founded by the British as a predominantly White, Anglo/European nation.

This was basis of Australia’s people and its culture for most of our history. During this time, Australia became one of the most advanced and desirable nations in the world.

People from all over have flocked here when given the chance. If “racism” was so bad here, then why would so many people of different races wish to come?

I know from my parents, and from my own experience growing up here as an Asian that the great majority of Aussies will give anyone a fair go.

This accusation of RACISM is a twisted ploy to shut down opposition to the awful agenda of the far-Left antagonists who infest the media and academia.

As for the second point, the Awards are not given for “politeness.” If they were, then my Grandmother, the politest person on Earth, would have received one.

Order of Australia medals are given to “recognise Australian citizens and others for achievement or meritorious service.” What my detractors mean by “lack of politeness” is that I refuse to agree with their Left-wing dogma.

Throughout history, academics have settled disputes in many ways, including in the past even physical duels to the death. That did not detract from their academic contributions.

Furthermore, our country as a whole was founded by British convicts, who I am sure were not the politest people in England. Since when did Australia become such a politically correct and polite country? These Left-wing fanatics want to turn Australia into another Sweden.

The last point of attack made on me was to summarize my career of 25 years in engineering as a “sex robot expert”. Yes, it is true that myself and my scientific collaborator, the eminent Dr. David Levy, instigated research into the topic of intimate relations with robots (including love, friendship, and sex).

I have published high ranking academic papers on this subject. These have been published by leading academic publishers. Whether we like it or not, this will be an important topic which will have to be considered by scientists and society in the future.

However, this work represents a tiny percentage of my long and fruitful academic engineering career. For example, I was a pioneer of augmented and virtual reality, used in military and civilian applications.

The witch sniffers want to weaponize my research into Love and Sex with Robots into a character attack, and a stupid summary of my entire research career to make lurid headlines in the gutter press.

Isn’t it strange and hypocritical, that that the so called “liberal” and “progressive” left are so puritanical in 2019?

Yet these same people have been at the forefront of promoting every kind of bizarre sexual lifestyle imaginable. Had I been a trans person with a Left-wing outlook, they would have been calling for me to receive a sainthood.

My nightmare came to an abrupt end however, with the intervention of Senator Anning. He wrote to the Queen and the Governor General explaining the whole affair. He also penned an editorial in The Richardson Post HERE:

The letters that the Senator wrote were quite extraordinary. He managed to sum up the whole affair so succinctly and laid out clearly the reasons that these honourable people should not intervene to strip me of this award.

I hope these letters will be published as I believe that people in the future may look back and marvel at the powerful logic and eloquence that they contain.

I would like to thank Fraser for his incredible help. I would also like to especially thank the readers of The Richardson Post who gave their unbridled support to me.

Your actions helped to achieve this stunning victory and showed that it can be done if we all pull together.

Hundreds of you wrote supportive letters to the Governor General and Her Majesty, The Queen. Thank you so much from the bottom of my heart.

A big thank you also to the team at The Richardson Post which is so valuable as it is the only publication that can give us a voice to defend ourselves with.

Long live Australian freedom and liberties, and may God Save The Queen.