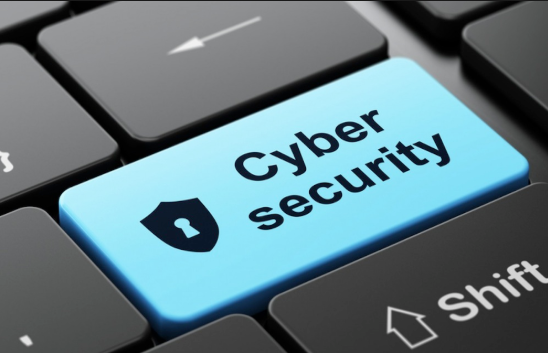 When we think of Governments blocking access to information on the internet, we tend to think of nations like China. Don’t be fooled.  Even in a supposed “liberal democracy” such as Australia, our telecommunication operators regularly block content.

One of the most famous examples was when all the Australian operators blocked content about the Christchurch attack without any reference to law. In other words, they were blocking content of their own will.

Although of course, we abhor violence and killing, this shows that Australia does not have freedom of speech or freedom of information.

In fact, Telstra is blocking web sites which primarily express a Right-Wing view of politics. This is clearly an outrageous breach of our hard-won freedom of speech.

Some of these perfectly legal web sites include:

Whilst some of these sites do feature material which is disturbing, they also contain much that is of great public interest. Users are free to access them or not. Importantly, these sites contain a great deal of content which is politically important.

The principle of free speech is intended to protect us all from Government interference. Now, our free speech is being trampled by virtue signalling corporations.

An example is Bitchute (from the list above) which has hosted a number of videos made by Tommy Robinson. Tommy has been de-platformed by the major Silicon Valley tech firms such as Facebook and YouTube.

These smaller, freer outlets like Bitchute are therefore important to those concerned about increasing Government intrusion and control which will only increase as time goes on.

Another example is Zero Hedge. This is a website which is primarily concerned with economics. It generally supports Right Wing laissez-faire Capitalism. Why would corporations even want to censor such a site?

These types of sites allow the dissemination of ideas which are unpopular with our Government and elites. They are among the few outlets for the Political Right.

With companies such as Telstra now actively censoring these smaller websites, we have to wonder, what next?

This was brought to the attention of The Richardson Post when we posted a video of Tommy Robinson and many users complained that they were presented with a message “Website not available” when they tried to watch it.

This message was provided by Telstra or other Internet Service Providers who had decided that their customers were not allowed to watch this content.

Fortunately, there is a way around this corporate censorship, which is cheap, easy and legal. It simply requires the use of what is known as a Virtual Private Network.

How does that work, you may ask? Well, if we think of our internet connection as a pipe going from your computer into the World Wide Web (The Net) then the first place that pipe goes to is your Internet Service Provider (ISP). This could be Telstra, Optus, Dodo, iinet or a host of other providers.

When you click on a website on your Web Browser favourites (such as Chrome, Firefox or Internet Explorer), it sends a signal down the pipe to your ISP. The ISP sees that you wish to view a page on The Richardson Post for example.

The ISP then retrieves that Web Page from our website and sends it back down the “pipe” to your computer which displays it for you to read (as you are doing right now).

Obviously, throughout this process, your ISP can see which websites you are accessing and whatever information you are uploading or downloading through that “pipe.”

The Richardson Post administrators can also see your IP address, which they could potentially use to find out where you are situated. Whist the Richardson Post would never do that, other websites may not be so benign.

How a VPN Actually Works

Using a VPN (Virtual Private Network) involves downloading a program to your computer. This program encrypts (scrambles) your internet signal. Consequently, it cannot be read by anyone else except the VPN.

Your encrypted signal goes to your ISP and is directed from there to the VPN.  The VPN then unscrambles your signal and sends it on to where it is supposed to go.

Information which your computer requests (such as this Webpage) is then sent back to the VPN server. The VPN then scrambles the signal once more and sends it back through your ISP to your computer.

Your computer then unscrambles the signal and displays the Webpage, just as it would do normally.

The Benefits of a VPN

There are multiple benefits to having a VPN. Firstly, your ISP cannot know which websites you are accessing, or what information (such as Web Pages or Bitchute videos) that you are downloading.

All they know is that you are sending an encrypted signal to a VPN. They have no way of accessing your information or of knowing which websites your signal is going to, or coming from, once it goes past the VPN.

Secondly, the websites you access do not know where you are situated. They only know that the signal is coming from the VPN. That means that you cannot be tracked by Google, Facebook or any other of the big intrusive Tech companies.

Thirdly, hackers would find it almost impossible to access your information and use that information to attack you or steal your bank details.

Obviously, for anyone who values privacy and wishes to access material on the Internet without nanny corporate censorship, a VPN is a “must have” accessory. So, what are the downsides? Surprisingly, the least of these is cost.

How Much Does a VPN Cost

VPN’s range in price from fairly reasonable -down to free. Obviously, as in all facets of life, you get what you pay for. The more you pay, the less you will be bothered by other downsides. Free VPN providers are paid for by advertisers. This would mean tolerating popup ads and such like to your internet experience.

If you decide on a paid subscription then signing up for a longer contract will reduce costs. These can come down to a very reasonable dollar per week or so for a decent VPN.

Does a VPN Restrict Speed

The process of scrambling and unscrambling your data does takes some time and increases the size of the signal. This has to add some time restriction.

The more expensive VPN’s will have better bandwidth to deal with this problem. However, the level of encryption will also affect speed.

If you select a higher level of encryption, it will slow you down more.

Assuming you are not doing anything highly illegal, a low level of encryption should be sufficient for basic privacy.

Again, a higher level of security will take up a larger bandwidth. On cheaper, or free, VPN’s this can cause a problem, limiting how much you can send or receive.

Paying a little more can secure greater bandwidth and reduce or remove this problem.

Using a VPN on a mobile device can chew up both bandwidth and battery life. If you wish to use a VPN on a phone, it is recommended to look for a VPN plan which is specifically designed for mobile devices. There are plenty of them out there.

Ensure the VPN you choose does not keep logs of your activity and has at least 128 bit encryption. This will ensure your safety and privacy. The more servers they have also increases security for you. If they encompass anti-virus protection, then so much the better.

In this day and age, a VPN is strongly advised for security, privacy and the ability to access the internet without nanny, Left Wing, corporate censorship.

The following link has a list of the better VPNs, many of which can be tried out with a free trial of up to a month. That gives you a chance to see how well they work. I highly recommend it.