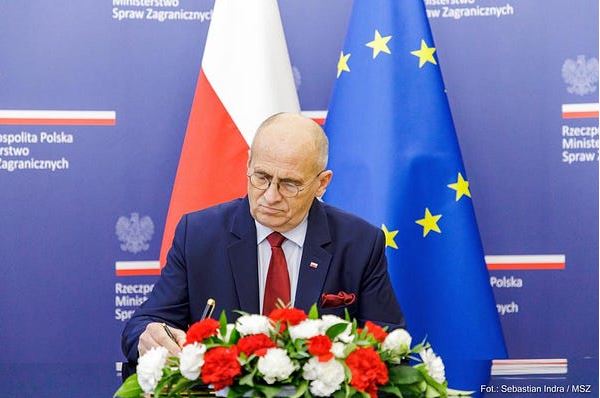 Unfortunately, I can only give a very broad-brush treatment to this topic here, though it very much deserves keen attention about now.

On Monday this week, Polish Foreign Minister Zbigniew Rau signed a diplomatic note and delivered it to the German Federal Foreign Office, formally demanding $1.3 trillion in war reparations for damages suffered by Poland during WW2.

The diplomatic note signed today, addressed to @AuswaertigesAmt, reflects the commitment for a complex settlement of the aftermath of German aggression and occupation during WW2.

What’s going on? If you ever read E. D. Morel’s 1912 book, “Ten Years of Secret Diplomacy,” or more recent titles like Carroll Quigley‘s “Tragedy and Hope,” “The Secret Origins of the First World War” by Gerry Docherty and Jim Macgregor, or “Conjuring Hitler” by Guido Giacomo Preparata (in fact, many such titles have emerged over the last two decades), you may be familiar with the shockingly perfidious scheming of Britain’s secret diplomacy, perpetrated by a covert cabal within the ruling establishment.

That secret diplomacy – kept secret primarily from the British people – gave us the last two World Wars. This was done deliberately and with premeditated intent. The purpose of the First World War was to destroy Germany. WW2 was planned to use Germany to lead the charge against the USSR and destroy Russia.

So what’s that got to do with Poland’s demand for World War 2 reparations? I suspect that, just like in 1939, Polish government has been emboldened to antagonize Germany through their alliance with London.

In 1939 Poland only obtained an informal and bizarrely worded “guarantee,” from Neville Chamberlain. By contrast, today’s alliance was formally proposed to the Poles by Theresa May and articulated in a treaty signed in December 2017. Even though the UK and Poland are both members of NATO, this treaty was not drafted under the NATO auspices and goes beyond the scope of NATO alliance.

Besides Poland, Germany’s eastern neighbor, Britain has a similar treaty with only one other nation: Germany’s western neighbor, France. This year, Britain and Poland also signed a trilateral defence pact with Ukraine, again beyond the scope of NATO alliance.

Sikorski, BoJo and the Bullingdon connection

Poland’s increasingly assertive foreign policy can be traced back to its former foreign minister Radoslaw Sikorski. Sikorski is an alumnus of Oxford’s Pemberton College and a former British subject. He was also a member of the ultra-exclusive Bullingdon Club that only accepts its members by invitation from very top ranks of the British “elites,” and VIPs or nobility from other nations.

It was this last “Buller” in fact, who personally invited Sikorski into the exclusive club; the same Boris Johnson that took the occasion of his address to dignitaries at the City of London last November to warn the Germans (mentioning them only as our friends in Europe):

“We hope that our friends may recognize that a choice is shortly coming between mainlining ever more Russian hydrocarbons in giant new pipelines and sticking up for Ukraine and championing the cause of peace and stability.”

It may not have been clear last November, but Johnson was announcing the coming war.

Sikorski returned to Poland in 2005. Taking back Polish citizenship, his political career took off like a rocket. His years at Oxford, partying with the rowdy Buller boys prepared him uniquely for leadership in Poland.

That same year he became the Minister of National Defense and in 2007 he became Poland’s foreign minister, the post he held until 2014. During that time, Sikorski transformed the Ministry of Foreign Affairs, turning it into a global institution with 4,500 employees and 100 foreign branches.

In 2014, Polish magazine Wprost leaked a secretly recorded conversation between Sikorski and the former Finance Minister Jacek Rostowski. Among other things in that conversation, Sikorski said, “we’re going to antagonize Germany and Russia.”

Given the patterns of diplomatic activity that had preceded the last two World Wars and the role of British secret diplomacy, we should pay close attention to today’s events. Last week’s sabotage of the Nord Stream pipeline system (Poland tops the list of suspects), and this week’s war reparations request are not a way to safeguard peace or cultivate good relationship with one’s neighbors. They are however, a good way to antagonize neighbors and escalate tensions.

Last December, just before the UK-Poland treaty was signed, I published an article and a video about the 1938 “Appeasement” episode (the article, in three parts is at this link; the video is below), showing that the Czech crisis was deliberately orchestrated and that Chamberlain’s 1939 “guarantee” led to Hitler’s invasion and destruction of Poland.

These events tipped the world into World War 2. It is now beyond dispute that they were deliberately orchestrated by Neville Chamberlain and an inner cabal within his cabinet (most prominently among them Lord Halifax, another illustrious alumnus of the Bullingdon Club).

Let’s not do this all over again

If we fail to learn the lessons of the past we risk sleepwalking into another great war. At the minimum, we ought to try and understand who is exacerbating war tensions and why.

As I mentioned in the past, the strategy is always based on the same imperial obsession: defending the hegemony over the Eurasian landmass and eliminating any power that can jeopardize that hegemony. Today, that puts Russia and China in the empire’s crosshairs.

All the talk about the rules-based global order, democracy, freedom, women’s rights, etc. are the noise that confuses the public and deflects attention from the real issues.

Unless we are all OK with our children ending up as cannon fodder in the next big war, our duty at this point must be to seek truth, pay attention and defend the peace. 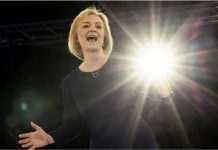 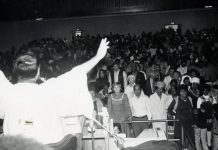 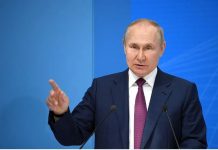 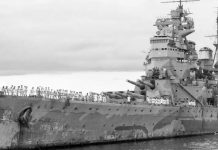