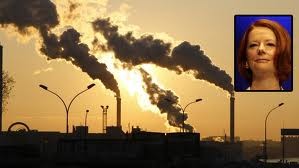 Opposition Leader Tony Abbott says the government's ditching of its plan to close down the dirtiest coal-fired power stations is an attempt to patch up the budget.

Energy Minister Martin Ferguson on Wednesday announced the government would not go ahead with its contract for closure process, to close down 2000 megawatts of the nation's most polluting power generation.

Mr Abbott told reporters in Bendigo it was always going to be a bad policy.

"But what we are seeing now is a government that is making it up as it goes," he said.

"I think what we have seen today from the government is a desperate attempt to patch up the budget … to preserve the microscopic budget surplus."

He said Prime Minister Julia Gillard was showing a "general inability to manage the economy", especially the mining and energy sector.

"She just can't be trusted to manage the resources sector properly, particularly now that it's clear that the easy money days are over when it comes to the resources boom," Mr Abbott said.

"We've always wanted to clean them up, not shut them down," he said.

"We've never wanted to shut down perfectly good businesses that are employing hundreds, in some cases thousands, of people."