Most successful movies try to cash in on their box office bonanza with a sequel. Some do this well, like The Godfather, with both original and sequel winning best picture.

Others simply get old and tiresome, like the Star Wars or Halloween franchises.

COVID is no exception, after a wildly successful debut year. Success, of course, is in the eye of the beholder. For those who died or are suffering long haul symptoms, it was a disaster.

Same for owners of closed businesses, those still out of work, and individuals and their families dealing with the aftershocks of depression, substance abuse, and a host of other mental health issues.

It was successful for those willing to do absolutely anything to get rid of President Trump as well as for those standing to gain financially by destroying small businesses, creating a multi-billion-dollar COVID vaccine industry, or bowing to their Chinese and social media paymasters.

The COVID sequel is called the “Delta Variant,” a predictable mutation of the original Chinese coronavirus as it passes through hosts, replicating, and moving on to another host. From an article in Nature Microbiology,

Mutation. The word naturally conjures fears of unexpected and freakish changes. Ill-informed discussions of mutations thrive during virus outbreaks, including the ongoing spread of SARS-CoV-2.

In reality, mutations are a natural part of the virus life cycle and rarely impact outbreaks dramatically.

Mutations can also make a virus either more or less virulent. A common idea is that virulence will only change — either upwards or downwards — if it increases the transmission rate of the virus, which effectively means an increase in the number of virus ‘offspring’.

However, high virulence may (although by no means always) reduce transmissibility if the host is too sick to expose others.

Mutation is an inevitable consequence of being a virus.

In other words, viral variants and mutations are normal and expected, typically more contagious and less deadly.

Is the Delta variant simply normal evolution of the Wuhan virus or is it an apocalyptic doomsday event worthy of a science fiction movie, a repeat of last year?

Delta is the fourth letter of the Greek alphabet, representing the fourth notable COVID variant. As the virus mutates constantly while infecting an individual, not every mutation is named and recorded.

Those worthy of a Greek letter are “variants of concern,” according to the CDC, although they too note that “viruses constantly change through mutation.”

Delta also means “change” and perhaps the name indicates that it is time for a change in narrative of the entire COVID saga. Vaccinations have plateaued, despite all sorts of carrot and stick measures to “push the poke.”

Hospitalizations and deaths are down, although it is challenging to trust the numbers based on changing definitions of causation and association.

Using Greek letters avoids the now racist concept of naming viruses over their point of origin or first identification, as in Ebola, Marburg, West Nile, and so on.

While this was perfectly normal a few years ago, using locations like Wuhan, India, or South Africa are now somehow racist. But then again, so are space and math racist, according to the self-proclaimed arbiters of woke.

Time to trot out a new bogey man to instill fear in an already traumatized population, an excuse to go back to the golden days of a year ago of stay-at-home orders, business closures, masks, and any other draconian measures conjured up by the ruling class.

The Australian state of New South Wales, population over 8 million, is locking down over a mere 30 new COVID cases of the Delta variety.

New stay-at-home orders are mandated through July 9, yet it is not clear how many of these 30 “cases” are actually sick, hospitalized, in the ICU, or are simply positive nasal swabs in asymptomatic individuals.

Are the Australian cases similar to the 9 vaccinated New York Yankees who tested positive but felt fine?

As a result, New Zealand suspended its quarantine-free travel bubble with Australia. So much for those who purchased airline tickets and hotel rooms for a few days on sunny Bondi Beach.

Mentioned only at the end of the article is that only 3 percent of the adult population of Australia has been fully vaccinated.

Compare that to nearly 50 percent in the US. I wonder when the American media will praise President Trump for implementing such a successful vaccine program in the US?

Perhaps declining vaccination rates are behind the Delta variant scare? CNN’s “panel of experts” is worried. Dr Anthony Fauci, the one and only word on all things coronavirus cautioned in Yogi Berra fashion, “It ain’t over ’til it’s over — and it is not over yet.”

What exactly does he mean by “over”? There is an annual flu vaccine and flu is hardly over, killing tens of thousands of Americans each year, this past year being an inexplicable exception. Colds are ubiquitous, something we are never over.

The Chinese coronavirus will likely be the same, mixed in with seasonal influenza, a nuisance for most, potentially fatal for others, just like the flu, with the vaccine reducing the risk of getting really sick.

NBC sees Delta as a “variant of concern” for the US despite the fact that a third of Americans have already had COVID, according to the CDC, and that more than half of Americans have had at least one vaccine dose, putting America at or beyond herd immunity.

And they acknowledge that, “The vaccines available in the US are effective against the Delta variant, as well as other circulating variants.”

Such as that the vaccines may increase the risk of heart problems up to 200-fold in young men. Or that Americans are growing weary of random mask rules, as in it’s OK to go mask-less in a shopping mall but not in an airport. Or that Arizona election audit results are soon to be released.

Or that President Biden is creepily whispering into microphones. Or that Trump rallies are drawing crowds that Biden and Harris could only dream of.

Or that CNN’s ratings are in the toilet and fear mongering may be the only way to recapture a few viewers. Not to pick on just CNN, but the US ranks dead last in media trust among 46 countries.

The medical smart set, and their media accomplices want us locked down in fear forever. Expect the sequel to COVID to be nothing but panic and gloom to keep everyone dispirited and compliant.

Too bad it’s not working. 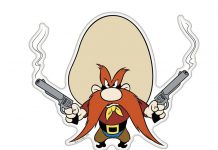 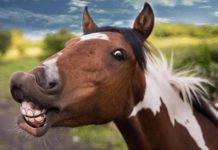 STOP HORSING AROUND WITH IVERMECTIN