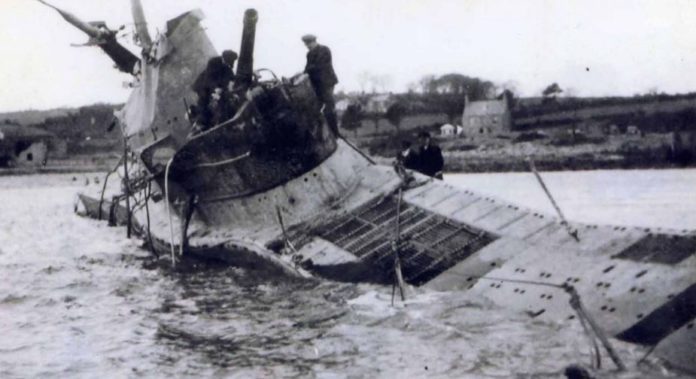 Many moons ago I spent four years working in one of Australia’s finest universities (at least it was then – my, how things have changed!).

Working in such an environment it’s inevitable one rubs shoulders with people who possess outstanding knowledge of their chosen field, sometimes of many fields.

I took my hat off (and still do) to those who achieved academic excellence, especially those who made positive contributions to science, culture and society in general.

At the end of my four-year stint I came to the rather sad conclusion that while many academics earn degrees and doctorates, they often fail in one essential human trait – common sense.

For example: I was attending an “academic get-together party.” My university department head engaged in conversation with an upper-echelon scientific academic. Discussing a recently launched satellite, the gentleman observed the satellite, “…must have a wonderful engine to stay up there so long”.

My boss pointed out that satellites maintain orbit via the application of Velocity Vs Gravity. The academic became quite heated and steadfastly claimed satellites must have “engines”. Common sense? FAIL.

The dictionary defines common sense as:

“Sound practical judgement that is independent of specialised knowledge, training, or the like; normal native intelligence.”

Lack of common sense, of course, is not confined to those walking the hallowed halls of academia. Many public servants – and a majority of politicians – appear similarly affected if their decision-making is anything to go by.

For example: If you were in the market for a new car around the $40,000 mark, I could offer you a Toyota Camry. It would come with state-of-the-art technology in engine, safety, creature comforts etc.

It would be supplied by a manufacturer with a reputation for building well designed cars with excellent reliability at a reasonable price.

Toyota’s HQ is in a country – Japan – that has been “Western friendly” for decades, has stable government and is believed to have little “non-friendly infiltration”.

Alternatively, dear reader, I might offer you a brand-new (mothballed by a dealer) 1985 Russian ZIL, a 3400kg monster driven by a 7.7 litre (!) carburettor fed V8 via a 3-speed auto transmission.

“Technology,” whether state-of-the-art or otherwise, is not part of the package. Price? $80,000 – twice that of the Toyota. You will have to pay plenty of money up front but can’t take delivery for, oh, about twenty years or so.

Question: Would you buy the ZIL? (Please stop laughing, this was a serious question.)

Naturally you’d buy the Toyota. It is a modern, reliable, safe vehicle from an excellent manufacturer located in a friendly, stable country.

Unless of course, you worked for the Australian Government’s Defence Procurement Department.

They threw common sense to the wind recently when they let a contract for the design, construction and supply of new submarines for the Australian Defence Force.

There are obviously other considerations to be taken into account for such contracts. I am not sure what these considerations are, but I remain deeply suspicious.

Much information regarding this contract appears to have been hushed up, but it seems the submarines are already outdated before they’re even built.

They use technology which is now regarded as superseded; and are to be supplied by a country – France – which has a somewhat chequered political history.

France’s Islamic population is “officially estimated” at about 10%, (regarded by many as uncomfortably high). Unfortunately, as France outlawed any collection of data referring to race, religion etc. in 1872, it’s anyone’s guess what the true figure is.

It is believed that Japan provided a tender for the submarines which was vastly superior to the French bid in every way.

To my knowledge, no-one has ever satisfactorily justified the grossly inferior French tender for the supply of Australia’s L S-Class submarines (L S = Laughing Stock).

The general public appears to be generally less susceptible to the “lacking common sense” condition. That is, until they are bombarded with meaningless, false information specifically designed to overpower their normal internal “bulldust detector” mechanisms.

It is these mechanisms which rely on common sense to trigger warning bells and cause them to investigate propaganda more thoroughly.

There are many examples of falsified information being deliberately circulated locally, nationally and internationally – especially via Social Media and Mainstream Media.

This “fake news, is designed to break through your “common sense firewall” and have you accept – with little or no question – the validity thereof.

The outstanding example of such falsification in modern times is undoubtedly “climate change.”

The constant barrage of “climate information”, “warnings of impending doom” etc. ad nauseam have clearly broken through the “common sense firewall” of a substantial portion of the population.

The best way to counteract the endless stream of lies and deceit may be to run a world-wide campaign:

“One World Government needs the Climate Hoax to succeed”.

“Climate Fraud Will Destroy Your Freedom”.

One way or another it’s necessary to grab the attention of the world’s population and frighten them into reading the truth about the real aim of “Climate Change” promoters.

If we don’t, then the corrupt United Nations, The Club of Rome and every Socialist lunatic on the planet will destroy us.

CURING THE PANDEMIC OF THE VACCINATED