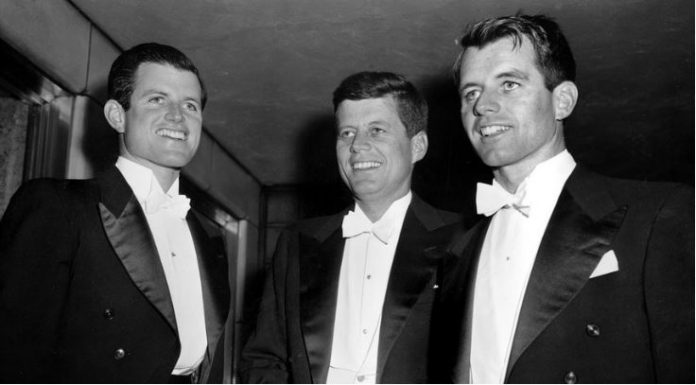 Speculation about the circumstances and motivations behind the 1963 assassination of President John F. Kennedy, rife at the time the tragedy occurred, has never stopped. While Kennedy’s murderer was declared soon after the assassination to have worked alone, one insider claimed to Fox News host Tucker Carlson that the Central Intelligence Agency (CIA) was directly involved with JFK’s assassination.

Carlson noted that questions about the Kennedy assassination have been circulating since it happened, simply because there were a lot of details that didn’t add up or seemed too coincidental. The CIA refused to release its documentation on the killing.

President Lyndon B. Johnson released a report the year after JFK’s untimely death declaring that both Kennedy’s killer, Lee Harvey Oswald, and Oswald’s killer, Jack Ruby, were acting alone. About 50 years later, the CIA admitted it had withheld evidence—but the reason why is still publicly unknown. Carlson said that the term “conspiracy theory” was first brought into the everyday American lexicon by the media following JFK’s assassination due to the many rumors and suspicions flying about. The phrase then—as now, of course—was used to label anything and everything contrary to a government pronouncement, both plausible questions and far-out kookiness, as pure nonsense.

Carlson cited one potentially suspicious circumstance, noting that psychiatrist Louis Jolyon West declared in April 1964 that Jack Ruby was insane after visiting him in jail. West wrote that Ruby was in need of psychiatric hospitalization, even though no one encountering Ruby before had diagnosed him as insane.

West was a contract psychiatrist and mind-control expert working for the CIA at the time. He was involved in the CIA’s MK-Ultra program, which gave powerful psychiatric drugs to some Americans without telling them about it. U.S. media has never investigated why a CIA psychiatrist who specialized in uninformed mind control was diagnosing Ruby. The reasons behind West’s selection remain lost to history.

In 1976, the U.S. House of Representatives reopened an investigation into the Kennedy assassination with a special bipartisan committee and concluded that JFK was “almost certainly murdered as the result of a conspiracy.” What was not decided: whose conspiracy? Carlson boldly called the CIA an “obvious suspect.” He explained his reasoning: “Why else would the agency withhold critical evidence from the investigators?”

There was a 1992 congressional law mandating that all JFK assassination-related documentation be released by 2017, which ultimately did not happen. Former CIA director Mike Pompeo convinced then-President Donald Trump not to release all the documents, even though all the people involved are dead. The reason is unknown, and Pompeo declined to appear on Carlson’s show.

Today, the Biden administration released thousands of secret government documents regarding the JFK assassination. It is unclear how many remain secret.

Carlson believes he knows why the JFK files were not released in 2017, however. He said he talked with someone who has access to and familiarity with the still-secret Kennedy documentation, and asked, “Did the CIA have a hand in the murder of [President] John F. Kennedy?” According to Carlson, the insider replied, “The answer is yes. I believe they were involved. It’s a whole different country from what we thought it was. It’s all fake.” Carlson admitted that the response was “jarring,” but insisted the unnamed source is no “conspiracy theorist… this is someone with direct knowledge of the information.”

This article was first published in PJ Media