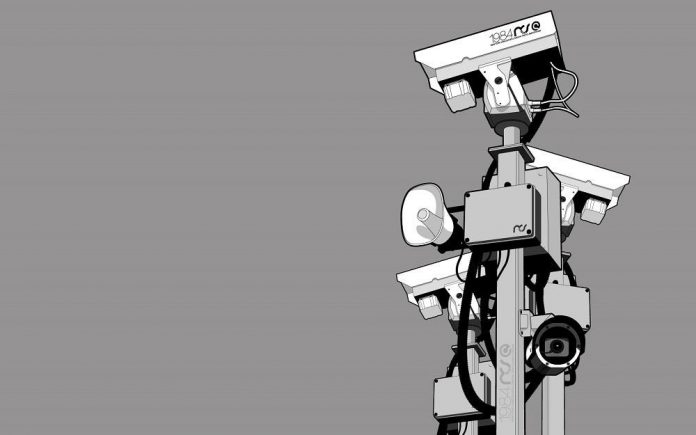 In George Orwell's dystopian story 1984, the central character Winston Smith is a member of the Outer Party who works in the Ministry of Truth rewriting past news articles. The narrative is set in Airstrip One (once Great Britain), a province of the superstate Oceania.

Life in Oceania is a world of perpetual war, omnipresent surveillance, thought control, and public manipulation. An elite and privileged Inner Party governs the superstate through merciless persecution of individualism and independent thinking or "thoughtcrime". The leader of the Inner Party is Big Brother, a personified entity with no physical presence. Four omnipresent Ministries are the instruments that control all aspects of life in Oceania:

1. The Ministry of Peace ensures perpetual war and directs atrocity.

2. The Ministry of Plenty manipulates shortage through rationing and deliberate starvation. It subjects the outer party, the general citizenry, and the proletariats (the uneducated working class) to sub-standard living conditions while conversely, the Inner Party enjoys luxurious lifestyles.

3. The Ministry of Love manages torture and brainwashing. It ferments hatred of all 'enemies' of the superstate by publically executing war prisoners. Transgressors of state rules are tortured to extract meaningless answers and ultimately dehumanise.

4. The Ministry of Truth is concerned with producing lies. It oversees propaganda and historical transmutation.

The stark assertion “BIG BROTHER IS WATCHING YOU” ensures no one forgets the rules and interminably reinforces the absolute power of the totalitarian superstate. The ‘ThoughtPolice’ monitor the citizens of Oceania through telescreens. Every movement, reflex, facial expression, and reaction are recorded, all monitored and analysed by the Ministry of Love to uncover anything that would indicate a ‘thoughtcrime’.

The goal of Ingsoc is to enforce total control over the people of Oceania and, more specifically, their thoughts, desires, and mindsets. The principles of Newspeak, doublethink, and the mutability of the past are enshrined in Ingsoc ideology.

The purpose of Newspeak is to constrain the use of language to conform to the expressions of the mandated world-view and the mental habits of Ingsoc. The goal is to make all other modes of thought impossible. The control of language engenders the control of thought.

In the world of today, Orwell’s fictionalised themes and concepts directly correlate with countless examples that are readily available on the web. If you are prepared to do your own homework, these lists could be far longer. The headings repeat Orwell’s thoughts.

In the wake of the September 11 attacks, Western governments have mandated wide-ranging, highly invasive legislation in the name of the “war on terror”. We have willingly given up personal freedom along with a considerable proportion of our right to privacy.

Part of this willingness is a conditioned response to the fear of the unknown – terrorism. Ironically, other factors such as the advances in technology, and the ubiquity of social media, have also played a major role in reducing our rights to privacy and freedom.

Governments and corporations spy on our private lives in a multitude of ways. Tax file numbers, medicare numbers, driver’s license details, email addresses, mobile numbers, and postcodes are part of everyday transactions. Closed circuit cameras invisibly record our actions. Use your credit card and the transaction is stored for two years. Airports invade our personal space and possessions (try to stop an airport search and see how little your rights count). Drones fly overhead with cameras attached. Silently and unremittingly, data collection takes place without our permission.

Our communication systems are highly sophisticated and ubiquitous. In addition to the landline phone, we have mobile smartphones and tablets, smart TVs, the Internet, electronic payment systems, satellite navigation, and a host of other devices that are less obvious. The internet of things harbours unknown possibilities for obtaining information about us. Social media sites record our “likes” and mouse click choices.

Today's websites such as Facebook track this information, while governments and private individuals hack into our computers and install malware to discover and track what they can.

Ever-present surveillance cameras spy on the average person as they go about their daily business. Walk down the street almost anywhere and networked CCTV cameras will record your movements. CCTV cameras are now equipped with facial recognition software. Many personal devices have video cameras that are easily hacked. Although they serve a useful purpose, these recordings occur without our knowledge and any agency can decide to use the inherent information to incriminate or coerce us for reasons known only to them.

Recent legislation titled The Telecommunications (Interception and Access) Amendment (Data Retention) Act 2015, mandates that metadata generated from all communication and internet activities are now accessible to organisations approved by the Federal Attorney General. By law, internet service providers (ISPs) and phone companies must keep detailed information for two years. The metadata (time, date, telephone number, url, and duration) is stored in databases that are accessible only to governments and unknown persons working in unaccountable organisations such as ASIO. The same metadata can also assist to track down copyright infringement.

For example, the Victorian Minister for Racing recently applied to allow the racing industry to access metadata. According to Edward Snowden, our telephone calls and browsing histories are accessible to any NSA analyst. His revelations included the news that Australia listened in on the conversations of the Indonesian President.

There are claims that if you do not have anything to hide, then there is no need to be concerned. The fact is, when a government agency can monitor everyone's communications and activities, we have all become suspects. In reality, we have no conclusive idea of the extent of the surveillance that intrudes into our everyday activities. Nor do we know its intended purpose.

The mainstream media (MSM) views itself as reputable and credible, yet serves the interests of state and corporate bodies. The absence of condemnation of illegal wars, lies, the Islamic cult, and climate change aptly demonstrates their unspoken biases. They present news and reports in ways that ensure the audience passively internalises partisan and ideologically skewed versions of events. Politicians no longer keep to their promises.

When pressed for a concise answer, they invariably avoid direct responses. By consciously  deflecting the truth, they deceive the public. This practice is the essence of doublethink.

Climate change is a prime example of how the media and politicians have conditioned the public to accept it as fact regardless of the history of recorded and known experiences. Viv Forbes’ (PP 02/12/15) timely quote from Dr Tim Ball superbly illuminates the agenda behind these coercions: – “Paris is an Orwellian gathering of people who want to save the planet, but who really want to rule the world.”

The monotonous repetition of ‘islam is the religion of peace’ and the convenient separation of ‘Islam’ from ‘terrorism’ that exude from politicians and the media alike, point to a level of collusion that should never occur in a free and open, democratic society.

The tactics of presenting useless statistics, incorrect economic predictions, and slanted opinions polls as ‘legitimate news’ leaves audiences with an impression that ‘things are ok’, and that there is full agreement on the populist perspective. Misleading headlines that link to uncorrelated content attract readers conditioned by Facebook and Twitter to reading short excerpts or abbreviated opinion pieces. The title creates a false impression that instantly alters the reader’s understanding of the associated spurious news item.

One of the great illusions of today is the touted benefits of the information age: that of on-demand and instant access. Free and open access to information does not guarantee the accuracy and integrity of what we read. We must always be mindful of the fact that we live in a media age in which incessant government and corporate propaganda is at once insidious, contagious, influential, and overwhelming. “The information age has actually given rise to a media age. We have war by media; censorship by media; demonology by media; retribution by media; diversion by media – all a surreal assembly line of obedient clichés and false assumptions.” (Pilger, 2014).

The watering down of historical facts in the quest for ‘accurate’, ‘unbiased’ and politically correct accounts of past events, diverts our attention from the lessons of the past, and risks a dangerous repetition of the same mistakes. Although animated cartoons at first may seem innocuous forms of fun and entertainment, they nevertheless influence viewers’ minds regardless of their age.

Conformity to modern beliefs and agendas has resulted in the removal of racist, violent, sexist, or historical material from popular animations to appease contemporary political, political, economic, religious, or racial biases. For example, the producers of the full-length movie Anastasia were heavily criticised for distorting the historical facts of Anastasia’s violent life at the turn of the 20th century.

When Disney announced the production of a live-action version of the 1967 movie “The Jungle Book”, university professors demanded less racism in the new film. Their contention was that King Louie and the other apes demean black people.

When first screened, Bert and Ernie of Sesame Street fame were not gay, but today the cover of the New Yorker magazine depicts these puppets as a gay couple. Amazon runs the following disclaimer for one of its videos: “Tom and Jerry shorts may depict some ethnic and racial prejudices that were once commonplace in American society. Such depictions were wrong then and are wrong today.” Such attempts to change past perspectives still occur today. Recently, debate emerged on whether future incarnations of Spiderman’s Peter Parker should be non-white or gay.

Political correctness is now a standard means of ridicule and verbal abuse designed to limit freedom of expression and reinforce conformity to biased, confined ways of thinking. It is almost identical to Newspeak in that ‘politically correct’ language in speech and the written word hedges free thought. More specifically, it is the modern equivalent of censorship and thought control. The term ‘PC Police’ is an obvious connection with Orwell’s ThoughtPolice.

Peer pressure exerted through political correctness is a powerful and effective weapon for preventing any deviation from ‘socially accepted norms’. Many opinionated and ill-informed individuals and groups throughout Australia willingly and swiftly seek to correct perceived infringements on current (assumed) societal norms. Thus, our society comprises both thought criminals and thought police, constantly controlling the words and actions of all who attempt to think for themselves.

Software now constrains our thinking patterns. For example, autocorrect and autocomplete tools dictate our choice of phraseology. The correction tool provided in the latest versions of MSWord recommends the removal of male or female related terms. The limitations imposed by emails and tweets stifle written communication by obliging users to remove descriptions and explanations that add depth and meaning to the core words.

SMS texts reduce language use and word choice even further. SMS shorthand permeates everyday communications and degrades the use of language so that it no longer conveys the grand and noble ideas it is capable of conveying. All these tools speak directly to the essence of Newspeak.

Why Does Any of This Matter?

Orwell based the novel 1984 on his experiences and knowledge of Communism. Marxism underpinned the beginnings of the communist mindset. The same marxist ideals and their effects on Australian society still exist today. The essay “Cultural Suppression in Australia” (PP 10/11/15) established part of this line of thought. Although Orwell's dystopia has not fully materialised, there are clear signs that the same marxist principles described by Orwell are reshaping everyday life in Australia and across the Western world.

Whether we choose to believe it or not, we are subject to an extremely subtle, carefully designed agenda of mind programming, indoctrination, and brainwashing from the moment of birth, right through to our death. In the essay to follow, I will expand further on Orwell’s insights and through additional examples, show that 1984 is much closer than many of us may have imagined.