While reading online articles and stories, I often come across comments made by people who rarely supply their real name yet leave a lasting impression by adding something valuable to the main topic.

For no reason other than wanting to collect such gems, I copy and paste the most interesting into a Word document without concern for organisation or categorisation. Some comments are funny, some tongue in cheek, and others are insightful, at times unsettling.

Occasionally, I revisit my collection and discover interesting patterns that tell an unexpected story.

This article is one example of what can emerge. In this exercise, the comments portray a way of life and thinking that very few would recognise today. The intention is not to suggest that life was all beer and skittles fifty plus years ago.

In fact, aspects of it were arduous and of necessity, pragmatic. Yet despite the difficulties, it was possible to find joy in the little things and aspire to a pleasant, moderately principled life.

The order of the comments roughly aligns to their related years. Most are unedited, some I added to; others I reduced to save space or mixed around to avoid repetition.

Regardless, their intended meaning has not changed. Some readers may recognise their own comments in the pages below. Hopefully, PPers may have more to add at the end of the essay.

When the Terms Green and Recycled meant Something Else

In the forties and fifties it was possible to return empty milk bottles, soft drink bottles, and beer bottles to the shops.

They in turn sent the bottles back to the manufacturing plant to be washed, sterilised, and refilled. Well before recycling became popular, beverage bottles were reused many times over.

If the milk was home delivered (in glass bottles with tinfoil tops), you left them out the next day for the milkman to take back to the factory.

Before bottles, householders put out a billy tin with a lid, which the milkman filled with fresh milk. 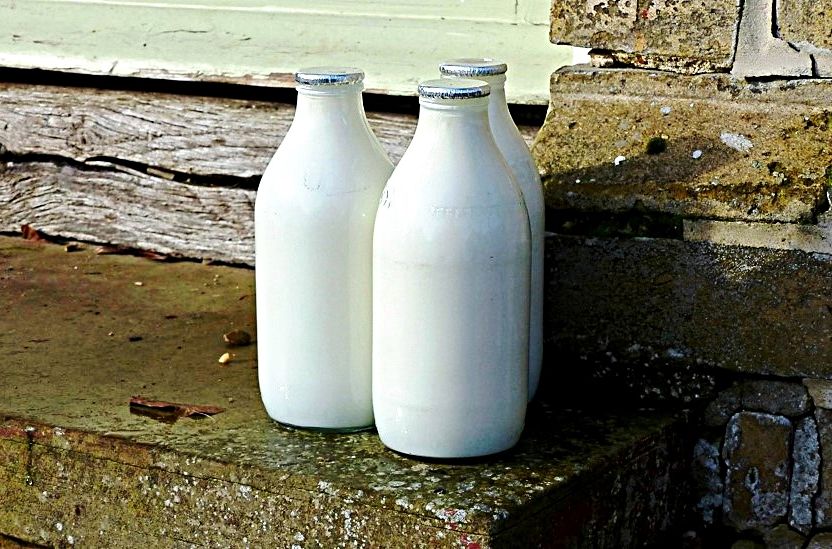 As kids, we collected discarded drink bottles and cashed them in at the corner store. The money bought Toffees, Gobstoppers, Bubble Gum, and some skyrockets to launch from empty milk bottles.

There were no childproof lids on medicine bottles because no one had tried to poison a stranger. Cupboard doors and cabinets had no safety hooks because parents left nothing dangerous inside them.

When we rode our bikes, no helmets or shoes were required. No thought of taking risks entered our minds whenever we hitchhiked.

We would leave home in the morning and play all day, as long as we were back when the streetlights came on. No one was able to reach us and yet we managed our needs perfectly well.

Shops were not huge impersonal warehouses where the customer must load everything into trollies.

Much of what we purchased back in the forties and fifties was available in bulk, which made it possible to buy as much or as little as required.

The supplies were stored in rows of wooden boxes with lift up lids. Brown paper bags attached to string loops hung close by and every box contained a metal scoop for filling the bags. Nearby was a convenient scale to check how much we had taken.

One use was to pack our lunches for school. Another memorable use was as covers for schoolbooks.

This ensured that public property (the books provided for our use by the school) was not defaced through our efforts to personalise as we could write and draw on the brown paper covers. Yes, the schoolbooks were returned at the end of year so that next year’s students could use them.

Even if the paper bags were not reused, no harm resulted. They quickly disintegrated in the compost boxes near the back fence or were thrown into the combustion stove, which not only boiled the kettle and cooked all our meals; it also supplied hot water for our showers and baths.

The introduction of supermarkets in the sixties changed everything about the way we shopped for groceries, fresh food, clothing, and hardware supplies.

Today, after almost sixty years of accepting the supermarket way of shopping, we are forced through legislation to bring our own bags, because we are told plastic bags are not good for the environment.

Kids rode to school on bicycles, took the bus, or walked together as they gathered other schoolmates on the way.

Very few multistorey buildings had lifts or escalators, but no one minded the extra effort needed to get to the right floor.

Most certainly, children were not chauffeured to school or anywhere for that matter, particularly as occurs today where the car is often driven even 200 yards to buy a litre of milk.

Babies’ nappies were made of cloth and washed clean every day. No throw away disposables existed back then and therefore not dumped at the local rubbish tip (today, plastic bags are banned, but it is ok to throw disposables into the bin).

Clothes were washed in a tub and the water wrung out by hand using rubber-coated rollers. They were dried on a line, not in energy-consuming machines.

In reality, wind and solar power dried our clothes. Kids received hand-me-down clothes from their brothers or sisters, not always brand-new clothing. No one complained about this.

Most homes had one radio, unlike today where a TV can be in every room. If anyone was lucky enough to own a TV, the screen was the size of a handkerchief, not a football field.

When cooking, there were no electric machines to chop and blend the ingredients for the night’s meal.

Dirt was not removed from the floors using vacuum cleaners. Rugs were beaten to dislodge the dust and brooms swept away the rest.

Washing machines and vacuums were luxury items because of their high cost. When we packaged a fragile item to send by post, we used crumpled up newspapers to cushion it, not styrofoam or plastic bubble wrap that today ends up in the rubbish tip.

We did not burn petrol just to cut the lawn. Human power was sufficient to operate a push mower.

We exercised by working so we did not need to go to health clubs to ‘run’ on electric treadmills. Accountants and banks used adding machines, while we worked sums out in our heads.

Whenever we were thirsty, we drank water from a tap or fountain (even a hose) instead of using a cup or a plastic bottle.

We refilled writing pens with ink instead of buying a new biro and replaced the blade in a safety razor instead of throwing away the whole utensil.

Each room in the house had one electrical outlet, not an entire bank of sockets to power a dozen appliances.

Finding a street or building or a site of interest was not a problem as printed (reusable) maps invariably solved the problem.

There was no need for an electronic gadget to receive a signal beamed from satellites 23,000 miles out in space in order to find the nearest leisure park.

Just on the latter point, we had no need of leisure parks, as we were very good at entertaining ourselves.

It was a special treat to go to the picture theatre on Saturday and watch classic movies such as 20,000 Leagues Under the Sea, Treasure Island, Tarzan, and Smiley Gets a Gun.

Who could forget the laughing kookaburra, the cartoons, and the serials at the Saturday matinees? Moreover, before each screening, we stood for “God Save the Queen”.