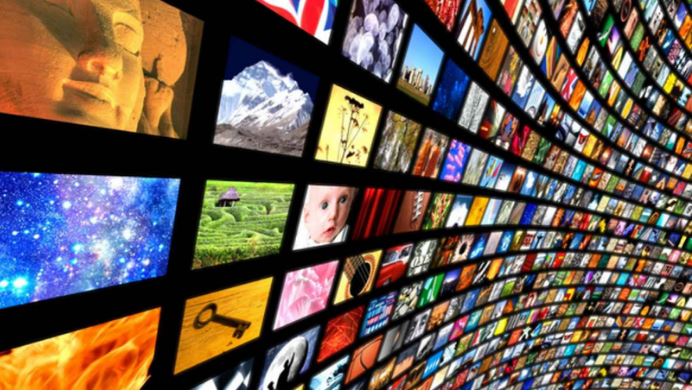 The dying media is dying to kill America.

McClatchy had bought Knight Ridder for $4.4 billion to create the second largest news company. After going into Chapter 11 bankruptcy, McClatchy was won in an auction by a hedge fund, which also owns the National Enquirer, in a secret bidding which started with $30 million cash and $270 million in debt.

None of this says anything good about the future of its D.C. bureau, or the Miami Herald, the Fort Worth Star-Telegram, the Sacramento Bee, the Kansas City Star, and other hollowed out husks of major urban papers carrying huge loads of pension debt and even bigger loads of radical left-wing politics.

Earlier this year, Warren Buffett had dumped 30 newspapers that he had bought for $344 million for $140 million. The Newseum, a $450 million media museum, backed by Gannett, was sold off last year.

Gannett, the biggest newspaper chain in the country, lost $80 million in the first quarter of the year even after a merger in which it slashed jobs at some of the hundreds of newspapers which it controls.

Over 20,000 media jobs have been wiped out in the previous two years and it’s just getting started.

There’s too much content chasing too few advertisers and subscribers. The internet took away the death grip that local papers had on certain kinds of advertising and made other kinds irrelevant. And people have a lot more options for breakfast reading material than just subscribing to the local rag.

The media radicalized even as it became more economically vulnerable, alienating print subscribers who tend to be older and more conservative. Papers have been chasing digital subscribers, who are more likely to be younger and leftist, but that’s only a viable strategy for a handful of national papers, the New York Times and the Washington Post, which embraced a radical agenda and a vow to bring down Trump.

The Times and the Post can drive conversation, dominate the news cycle with an anti-Trump conspiracy theory, or turn historical revisionism like the 1619 Project into a curriculum, a TV show, and a movie. But that’s not a realistic option for the Sacramento Bee or the Fort Worth Star-Telegram. Advertisers will flock to the Times and the Post because they have affluent readers and drive the conversation. But local papers will go on bleeding older and more conservative readers while the hedge funds that own them slash jobs, eliminate entire papers, and eventually give up on the whole media venture as a bad idea.

Local papers are dying. Formerly influential national news magazines are irrelevant. When was the last time you heard anything from Time except around its annual Cause of the Year publicity stunt?

And it’s not just the dead tree media that’s in trouble. Digital darlings like the Huffington Post, Vice and Vox have been cutting jobs because clickbait doesn’t win over subscribers who will pay for content. Network television and cable news are on their last legs as cable subscribers cut the cord and content providers set up their own Netflix rivals. What happens to NBC News or CNN in a marketplace defined by Netflix, Hulu, Disney+, Peacock, HBO Max, CBS All Access, and whatever other platforms will pop up?

The media hasn’t had a viable business model in a long while. It’s a zombie that kills even as it dies.

What we think of as the media, a series of private companies reporting the news to customers willing to pay for their services, is evolving into a political movement that views its platforms as a public service.

The for-profit media is still around, but not for long. The non-profit media is the rising model and it takes many forms, from old brands like the Washington Post and Time owned by dot com tycoons for the power and prestige, to non-profits like Poynter which combines a newspaper, the Tampa Bay Times, a journalism school, and a partisan fact-checking network. Google, Facebook, and other dot com platforms have been pouring millions into subsidizing media outlets to create a hybrid model.

Other hybrid models include, Report for America, a left-wing non-profit that embeds its activists into local newspapers, and Courier Newsroom, a left-wing fake news network set up by Acronym whose arm is a PAC, that combine non-profit status and political advocacy with some of the trappings of the media.

The media has redefined journalism as advocating for left-wing policies and the advantage of this is that in the age of the internet, political activism has a better business model than journalism.

Less money is being spent on advertising and subscriptions, but the cost of elections is soaring.

In the recent past, journalists had to choose between working in the legitimate media or doing opposition research for dark organizations like Fusion GPS. But as the distinctions between the news and editorial desks have broken down, so have the distinctions between reporting and generating hit pieces. The only reason to bring in an organization like Fusion GPS is for media strategy and coordination.

To the big money pouring into elections from New York and California, media outlets are dinosaurs in terms of profitability, but redefine them as digital campaign operations and they’re suddenly hot.

Investors who wouldn’t put money into a local paper without deep cuts will pour millions into Report for America or Courier because non-profit journalism has redefined the purpose of investing in the media from profits to politics. As a political non-profit, the media can be more viable than it has in years.

The transformation of the media from for-profits to non-profits sheds any commitment to the marketplace, to a community of readers who pay for its services, and instead puts it at the service of dot com tycoons who want to invest in left-wing causes. The experience of reading or watching the media’s content also changes from information to indoctrination. As is the case with so many of the dot com giants which finance the media and on whose platforms the media depends, the reader and the viewer are no longer consumers, they are the product that is being sold to the media’s political backers.

Even as the non-profit media claims that it’s now free to pursue journalism as a public service, it’s not providing a service to the public, it’s serving a small class of donors by trying to influence the public.

The media still insists that it’s objective, trustworthy and seeking the truth. But those slogans are the leftovers of an older generation that at least believed in hypocritically mouthing such pieties. The new generation, the one leading the purge at the New York Times, doesn’t even believe in the pieties.

The campaigns, like those that hijacked the Times, are coordinated by political allies from different media outlets across social media. The participants in this new collegiality view journalism as a form of advocacy for their political agenda. They have no commitment to the organization they work for, only to the larger movement of which they are operatives, coordinating to undermine their own organizations.

In the leftist non-profit realm, organizations are just shells for an agenda and they can be jettisoned, renamed, or swapped out at the right time. As the media falls into that category, publications become mere brands to be tied to a fake news narrative, and tossed aside when they’re no longer getting clicks.

The weight of the name on the masthead matters much less than the ability of the activists it employs to appear influential by picking fights on social media. Media publications no longer serve a community, but a narrative, and constantly swapping out publication names helps make the narrative seem fresh.

The end result is State News, a product that closely resembles the government news networks in China or Russia, but which is still distributed across a variety of organizations and which is controlled by social media narratives coordinated across social networks rather than by a central government agency.

At least for now.

Twitter is the media’s editor. Its platform provides the content that fills the media, but it also makes the infrastructure of the media surplus to requirements. The medium is the message and the medium of Twitter is 280 characters. As Weiss notes, “the ethics and mores of that platform have become those of the paper, the paper itself has increasingly become a kind of performance space.”

But the real performance space is on Twitter where content is consumed and debated much more rapidly in short form than in the long form pages of the New York Times. As the media transforms into a pure instrument of political advocacy whose antics play out on social media, there’s less and less use for the expensive billion-dollar operations, the newspapers, channels, and even the sites of the media.

Media bosses keep saying that their future is digital. But that digital future is a Twitter debate.

The only reason to read long form articles is to find out the details of a story or experience new ideas, but when writing exists to reinforce what readers already believe, then it doesn’t need to be read.

Hardly anyone bothered reading Soviet papers because everyone already knew what was in them.

A media that exists to tweet articles about Trump’s terribleness and a story about an oppressed person whose plight proves the need to have open borders, no police, and free everything is unreadable. Not just to conservatives, but to everyone who isn’t looking for a righteousness or rage fix in the morning.

The media envisions its own transformation into public service non-profits subsidized by dot com tycoons and then eventually the benevolent socialist state that will pay its members to put out propaganda that nobody reads. This act of literary suicide for power and profit is its real legacy.

The media has been killing cities and the country to buy a little more time for its existence. But it is becoming a zombie that is killing the basis for its own existence and then the very thing that it does.

The members of the media began by killing their ethics and morals. They tossed away the truth as a value and a goal. They turned on their colleagues, incited mobs, celebrated violence and terror. And then they set out to destroy the organizations they worked for and the country that they live in.

Their final act of political suicide will be to kill their own writing.