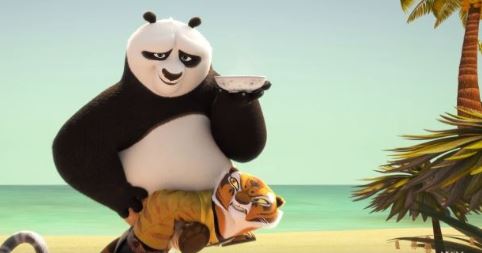 China has invaded Vietnam on and off since 111 B.C. The Vietnamese have a long and honorable history of fighting Chinese invasions, starting with the Trung Sisters in A.D. 39.

The most recent Vietnamese leader to throw out his country’s Chinese overlords was Le Loi, who led an uprising against the Ming Dynasty in 1428.

China attacked again in 1979. The background to that was that the Khmer Rouge in Cambodia, in killing off a quarter of Cambodia’s population, were also oppressing ethnic Vietnamese in Cambodia.

Vietnam invaded Cambodia to stop the killing. The murderous Pol Pot regime was a client state of China and China took exception to their removal.

So China invaded to teach Vietnam a lesson. China’s leader at the time, Deng Xiaoping, also used the war to consolidate control over China’s military.

China attacked, got mauled and retreated after a few weeks, conducting a scorched earth policy on the way out.

Vietnam had held its best divisions back for the defense of Hanoi; China’s defeat was inflicted largely by reservists. One of China’s major problems in that war was lack of roads to bring supplies up to the front.

China’s last attacks were in 1989, mostly artillery strikes. Some 30 years have passed since then and Vietnamese continue to visit the graves of their relatives killed due to Chinese aggression.

Vietnam also senses that China is preparing to attack again. Constrained by geography, this is most likely to be on the same axis as the 1979 attack. Some Vietnamese army officers believe they are going to die in the war to come.

Now let’s consider the situation from China’s perspective. Ultimately China wants to rule the world. The biggest obstacle to that is the United States.

In the near term, China wants to occupy the two island chains to its east – the inner one from Okinawa to the Philippines and the outer one that extends down to Guam.

It also wants to own everything in the South China Sea and be able to exclude other countries’ militaries from crossing it. These are the short term objectives.

To that end, China has built a helicopter base on the Nanji Islands, its closest territory to the Senkaku Islands owned by Japan. This will refuel helicopters on their way to attack the Senkakus.

For the invasion of Vietnam, China has built a large base 10 kilometres from the Vietnamese border at 24° 24’ N, 106° 42’ E with warehouses and barracks covering 50 acres of roof area.

This is to hide Chinese armoured units and artillery from satellites, moving them up to this base at night. It has also put in artillery pads along the border.

And a mile northeast of the big barracks complex China has built eight acres of buildings that look like they will house IRBMs mobilised up to the border in preparation for the attack.

This would maximise their range down the Vietnamese coast.  With the lesson in logistics from the 1979 war in mind China is building 50 miles of highway from south of Chongzuo up to the Vietnamese border town of Po Thiung.

Imagery from Planet Labs shows that this highway is not yet finished; China is unlikely to attack until it is.

By comparison, satellite imagery of the mainland side of the Taiwan Strait doesn’t show any preparations for a battle with Taiwan. Nothing that looks like a helipad or a missile launching site is evident.

And this is supposed to be China’s most difficult battle. China’s president, Xi Jingping, has gone on about the PLA having to be ready to seize Taiwan by 2020 but no earth has been moved or concrete laid to aid that process?

It looks like a classic Chinese attempt at deception.  China’s forces would be spread too thin if they attacked Taiwan while they did everything else they need to do to have a successful outcome.

Taiwan could opt out of the war. If not attacked in force they are likely to just wait it out.  China is likely to attack Taiwan’s phased array radar on top of Mt. Leshan, which can see all aerial operations 5,000 km into China, and leave it at that.

The Chicoms are selling their war to their population as a Han racial superiority war – getting back at Japan for the atrocities of the Second World War.

They also want to show that they can defeat the United States and provide supervision to the Üntermenschen of the countries south of them.

Attacking fellow Chinese on Taiwan would be too much of a mixed message and nobody dies for communism anymore.

Taiwan could be enveloped and then blockaded to starve them to surrender, if the rest of the war went to plan for China.

There are two reasons why China will be more likely to attack Vietnam in the next war. One will be to give the Chinese army a role in the war in which all the glory would otherwise go to the navy and air force.

The other will be to force Vietnam to disgorge its 17 bases in the South China Sea. Other countries including Malaysia and Brunei have South China Sea bases but Vietnam will be the most ferocious in defending theirs.

Chinese amphibious forces are likely to be heavily mauled in trying to seize them. If China is successful in seizing territory in northern Vietnam they are likely to make Vietnamese withdrawal from their island bases a condition of giving back that territory.

The threat of Chinese invasion has had some good effects for Vietnam. It has forced the Vietnamese Communist Party to open up the country more economically in order to have a larger economic base to fight China from.

One big problem for China is that all its intended victims are going to unite against it once China starts this war. Japan knows that it has to win in this war or face Chinese subjugation for eternity.

One way to shore up Japan in this conflict and give them more confidence would be to send back the 331 kg of weapons-grade plutonium that Obama made them give up in 2016 on Chinese prompting.

Then China is less likely to be a bad loser and start nuking Japanese cities if their war goes badly for them.

Vietnam will be the only country on the Allied side in a land war with China. The more that Vietnam helps or offers to help and is seen to help the U.S. in its Air/Sea Battle with China, the more likely that the U.S. will come to Vietnam’s assistance in the land battle.

This would include maintaining the air cover over the front and supplying some higher tech goods to break the Chicom advance: air-dropped, top-attack anti-tank weapons, assault-breaker cluster munitions, and anti-tank guided missiles from the AT4 to Raytheon’s BGM-71 TOW.

Vietnam may already be making copies of the Russian Kornet anti-tank guided missile which has proved itself in Syria.

Get them personally invested in their defense. The U.S. Army thinks it will miss out on the war in the Pacific.

Not if they have missile bases on the Vietnamese coast and are advising on the best ways to decimate Chicom armored columns. They will be grateful to be asked to be involved.

The new Secretary of Defense, Mark Esper, has said that he wants new IRBMs with ranges beyond 500 kilometers deployed to Asia “in months.”

The Army has said that it wants to be involved in sinking ships with shore-based missile systems.

There are two good places for these missiles: the Filipino islands of Palawan and Luzon on the east side of the South China Sea and the coast of Vietnam from Cam Ranh Bay up to Da Nang.

This would create a kill box for Chinese ships and aircraft in the South China Sea.

Cam Ranh Bay is 500 km to 750 km to the much-disputed island chain of the Spratlys, claimed by six nations, including China, which has built artificial islands in the vicinity.

Da Nang is 400 km from the Chinese airfield and navy base in the Paracel Islands and 300 km to the big Chinese bases on Hainan Island.

As the recent attack in Saudi Arabia demonstrated, there is likely to be a big exchange of drones, cruise missiles as well as IRBMS between China’s presence on those disputed islands and the Vietnamese coast.

And after the war is over it will be important to set up the conditions for a long peace. First, the U.S. should take over China’s artificial islands in the South China Sea.

No other party should be involved. Second, China should be shrunk back to its borders in 1949 before it invaded Tibet and seized bits of India.

Third, all of its offshore assets, including anything owned by Chinese nationals, will be seized to pay reparations.

Fourth, all the debts created to entrap other countries in the Belt and Road program will be extinguished.

Trade with post-war China should be minimized. The Chinese are only using it to do a Third Reich and plan another war of conquest.

China may become a seething mass of resentment but that is their problem. They should be disabused of the notion of starting another war ever again.

How can we be so certain that the next war is coming, let alone talk about one after that? Because China is unrelenting in its baiting of Japan, as recorded by the Japanese Ministry of Foreign Affairs in this graphic:

China’s incursions into Japanese waters have settled down to a steady, bureaucratic 12 per month. This is the heartbeat of Chinese hate and resentment. Until the incursions drop to zero, war is coming to Asia.