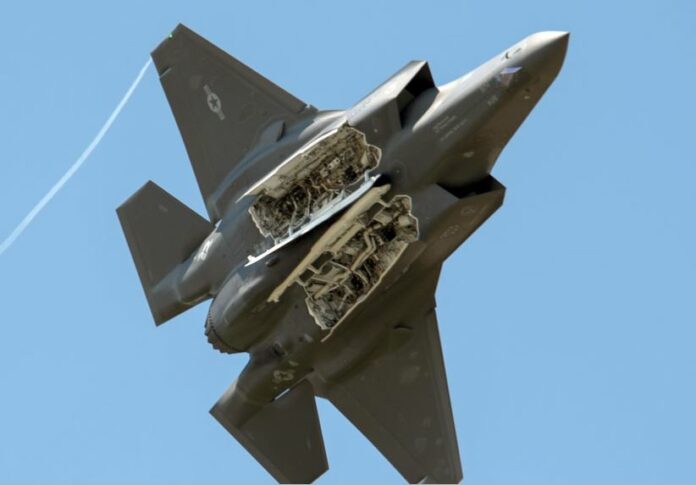 Australia entered World War 2 with its only fighter aircraft being the Wirraway. This machine was built in Australia and based on the North American NA-16 trainer aircraft.

Most Wirraways that went into combat were promptly shot down. When the Japanese attacked an airfield in New Guinea that was defended by Wirraways, the squadron leader radioed Port Moresby to ask permission to sit out what would otherwise be certain death.

Permission denied, he replied with the traditional “Morituri te salutant” which is Latin for “We who are about to die salute you.” He took off with his squadron and was promptly shot down and killed.

The Wirraway did shoot down one Japanese fighter during the war, with that Wirraway starting the engagement 300 metres above a Nakajima Ki-43 Hayabusa, (the Japanese Army version of the Zero) who probably hadn’t seen him. A total of 755 Wirraways were built.

Now to the present and our similarly parlous position. The background to our current dilemma starts almost three decades ago.

Lockheed wanted to get a lock on US fighter aircraft production so they went to the three US services with fighter aircraft and sold them on a plane that could do everything. That included a vertical take-off variant for the Marines.

The initial technology for this was from the Yak-141 which was a supersonic and vertical take-off fighter developed for the Soviet navy in the 1980s. The Yak-141 flew at Farnborough Airshow in 1992.

Lockheed did a deal with a Yakovlev Design Bureau. An F-35B first performed at Farnborough in 2016, a generation after Daddy.

There was a fly-off against Boeing which put up an ugly, non-compliant thing that looked like a guppy. So Lockheed won the competition and promptly structured a program that maximised cash extraction from Western governments around the world.

The Figures Don’t Stack Up

The measure of the efficiency of a jet engine is its Thrust Specific Fuel Consumption or TSFC for short. This is the amount of fuel used per unit of thrust. For US jet engines, it is measured in lbs per hour per pound of thrust.

This is 22% worse than the F-15’s fuel consumption despite all the decades of engine development in between. If the F-35’s engine was as efficient as that of the F-15, the F-35 would be able to fly 22% further on its fuel load.

This is a big deal, so what happened?

It all goes back to the original sin of the F-35. It was sold as something that would satisfy the needs of all three of the services that have fighter aircraft.

For the Marines, this meant an aircraft that could take off and land vertically – which places a particular constraint on the engine used to achieve that.

For normal jet aircraft, once they start rolling down the runway to take off there is a ram effect of air being pushed into the engine, aiding the engine’s efficiency.

For vertical take-off and landing aircraft though, with no ram effect, the engine must suck in an enormous amount of air to generate the necessary mass of exhaust.

This requires a wide engine with lots of core mass flow. That big core mass flow in turn requires an equivalent amount of fuel to keep the correct stoichiometric ratio (the ideal ratio that leaves no unburnt fuel or unused air).

What this means is that all the F-35 variants (the F-35A for the USAF, the F-35B for the Marines and the F-35C for the USN) have a wide, draggy, thirsty engine with a restricted range.

That engine is optimized for the F-35B which make up just 14% of the total planned F-35 fleet of 2,443 aircraft for US services. The remaining 86% suffer a 22% range penalty as a consequence, as do the ones in the RAAF.

The F-35 has so many shortcomings that no list of them is complete. But a good place to start is a book I wrote a couple of years ago entitled American Gripen: The Solution to the F-35 Nightmare. A copy of the pdf of the book is available here, free to Richardson Post readers.

Since the publication of that book things have proceeded much as expected. Lockheed is afraid of the thing being cancelled so they concocted a ‘bulk buy.’

That way, countries would be locked into a longer production run instead of just individual production lots. The US did not participate in this bulk buy because they are prohibited from doing so by legislation, conveniently.

The USAF has also gone back to buying F-15s and the total buy might end up exceeding 400 aircraft which of course will eat into F-35 production. Their modelling found that they couldn’t afford to have an all F-35 fighter force.

US war gaming of a war in the Pacific against China finds that most F-35s get destroyed on the ground because they have such a low sortie rate, being able to fly only every second day.

China will know where they are on the ground because there are few airfields long enough for it to take-off and land. RAAF Williamstown had to be lengthened from 8,000’ to 10,000’ so that the F-35 could be stationed there.

Normally a simple little fact like that would cause alarm bells to start ringing. But we live in an age in which all sorts of fantasies hold people in thrall.

Our Department of Defence believes in global warming and people who believe in that are capable of being sold on any nonsense. It also betrays that they have no understanding of how the world works.

On the subject of nonsense, Lockheed is a strange company. Several years ago they announced a compact fusion reactor that would fit on the back of a truck. To achieve such a reactor, would defy a lot of physics and would cost US$200 million to commercialise.

If they really could build such a machine, then US$200 would be a relatively trivial sum. Rumour has it that they took in outside investment for this project.

That included some $100 million from iron ore miners in Perth. If the rumours are true, then the $100 million disappeared down some kind of black hole. Not a bad return for the cost of a few business class tickets to Perth.

The Opposition is Better Equipped

On the aircraft that our F-35 will be up against, the Su-35 will remain the mainstay of the Russian air force because they can’t afford to buy the Su-57.

That might change in 2020 because the oil price is predicted to run up and Russia will produce a lot more spare cash.

China has produced two stealth aircraft to date.  The J-31 is a knock-off of the F-35 and so of course is a dog.

It has two engines instead of the one in the F-35 but they kept the engines forward in the air frame instead of having the exhausts rear of the twin boom tail. That suggests that the Chinese designers didn’t really understand what they were doing.

Because of the vertical lift variant, the engine on the F-35 is near the centre of mass. As with the F-35, after an airshow demonstration the J-20 was assessed to have aerodynamic inefficiencies and “that the aircraft bleeds a lot of energy and the pilot had a hard time keeping the nose up.”

Similarly, the designers of China’s other stealth fighter, the J-20, didn’t put much effort into following the area rule which says, that to reduce drag, the cross-sectional area of an aircraft should change as little as possible down its length.

Another cardinal, aerodynamic sin on the J-20, is having the canards on the same plane as the wing. (Canards are small wings in front of the main wings). The shape of this aircraft means that there is nowhere else to put them.

For example, on the Gripen the canards increase wing area by 17%, but increase lift by 34%.

Unfortunately, the wings on the J-20 are chewing on air already disturbed by the canards, reducing lift and manoeuvrability. The J-20 is a draggy dog and like the F-35, it can’t even fly supersonic without keeping its afterburners on.

Some people have suggested going back to the F-22. Unfortunately, a Congressionally mandated study of what it would cost to restart production came up with a figure of US$205 million for each new-build aircraft.

Consequently, interest in that solution to the F-35 disaster has evaporated.

The optimum path for us, is to build the Gripen-E in Australia with the same deal that Brazil achieved for its Gripen-E production.

Developing countries these days seem to be much better at getting more bang for their buck in weapons acquisitions than Western countries.

Maybe it is just a coincidence, but Brazil’s government thinks and says that global warming is a big hoax, while we are led by self-deluding fools. 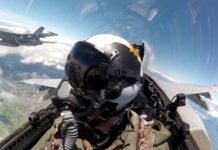