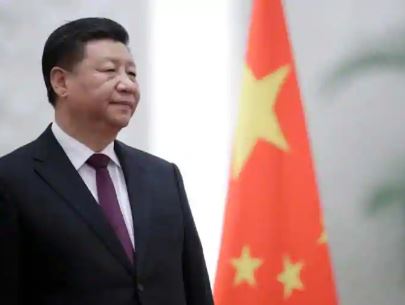 In 2011, Tajikistan ceded 1,000 square kilometers of territory to China in return for some debt forgiveness.  In July this year, an article in Chinese news outlets claimed that Tajikistan’s Pamir Mountains historically belonged to China and should be returned.  That article unsettled the Tajik government.

How much territory is involved?  An easy way to find out is to look up China’s borders on Google Earth and Google Maps.  Google is infested with Chinese employees whose greatest loyalty is to their motherland.  So on Google Earth, normally, a border is marked with a yellow line.  Where China wants some of a neighboring country’s territory, it is marked with a red line.  On Google Maps, the marking is a solid black line and a dashed black line, respectively.

Some chunky bits of territory are involved, such as the 83,000 square kilometers of the state of Arunchal Pradesh in northeast India, entirely marked with red lines by Google Earth.  Despite whatever the Chinese government might say, we can take it that the red lines and dashed lines on Google products are the real extent of China’s territorial ambitions against its neighbors, in the near term, at least.

On the other side of China from Tajikistan, one of the turning points in history may soon be upon us.  According to this article, China has told Japan that it will be sending a lot of fishing boats to the Senkaku Islands and will be assuming control of the Senkakus.  In an online briefing, the commander of U.S. forces in Japan said that a lot of Chinese fishing boats might be coming after mid-August.  And so in just over a week from now, China’s “aggressive and malign” activities might be ramped up to an attempt to seize Japanese territory, which in turn could go straight to full blown war between China and the civilized countries of the world.

…and some of the semi-civilized countries.  One of the consequences of the malign activities of the then–State Department operative Victoria Nuland in Ukraine was that Russia starting selling Su-35 aircraft and S-400 missile systems to China.  It seems that Russia has now decided to suspend the delivery of S-400 missiles.  The fewer S-400 missiles in China’s possession, the fewer the U.S. and allied aircraft that will be shot down.

Get your affairs in order, because China wouldn’t care how many people died as a result of its war of choice or the manner of their death.  Other portents of war include the Chinese consulate in New York shredding documents in bulk even though it hasn’t yet been told to close.

Up to this point, China’s aggression against its neighbors has been by “salami slicing” — little moves in the Himalayas or the South China Sea that aren’t worth starting a war over.  But occupying the Senkakus will be too big a slice for the Japanese to swallow.  Chinese claims on Japanese territory go all the way up to the island of Kyushu.  Stopping them in the Senkakus is going to be a lot easier than stopping them after they have taken Okinawa. 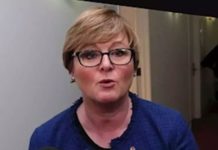 Time to Trump the Climate Hysteria