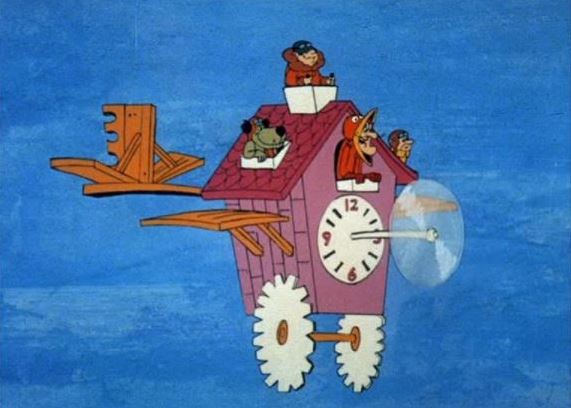 Nigh on two years ago, this article in the Wentworth Report contained this sentence:

It is rumoured that the reason the US military is so sanguine about the F-35 is that it has a proper fighter aircraft coming out of the USAF black program.

And so it came to pass.  The USAF announced that it has test flown a new fighter aircraft design called Next Generation Air Dominance (NGAD). The program had been taking about US$1 billion per annum.

No details of the NGAD have been released apart from the fact that the “test flights have been amazing”. With respect to what the NGAD might look like, the UK’s Tempest program and Dassault’s Future Combat Air System both have elements of the design of the YF-23, Northrop’s design that lost out to Lockheed’s YF-22. There would be an optimum shape for a large, twin-engine fighter and there will be convergence towards that.

To put the NGAD into context, let’s recap on how the USAF got to where it is now. The operating philosophy of the USAF was influenced by the Six Day War.

Early in that war Israeli aircraft doing support for Israeli ground forces were shot down one after the other.

The lesson learnt from that was that you are best off taking out the enemy SAM systems first before bombing other things.

This resulted in a force structure of a pure air dominance aircraft, the F-22, supplemented by a light bomber optimised on SEAD (Suppression of Enemy Air Defences), the F-35.

The F-22 is an expensive aircraft to build at US$205 million per copy, and expensive to operate. Its high operating cost is caused by the effort in maintaining its RAM (Radar Absorbent Material) coating.

The RAM is made of tiny iron balls in a resin.  The weight of the RAM required to provide stealth has made the F-22 a short-legged fighter with a combat radius of 852 km, just over half of the range of the Su-35. Also it carries only six missiles.

The high cost of the F-22 killed three quarters of the planned fleet and only 187 were built instead of the initial plan for 930.

The F-35 was designed around carrying two 2,000 lb bombs to destroy enemy SAM batteries, and to maximise cash extraction from the air forces that owned it.

It may be stealthy but has a high operating cost and is effectively defenceless. It needs to be escorted by the F-22 to survive in combat.

Australia signed up for 72 of these little bombers. The RAAF pilots of our F-35s are certainly brave because they will be on suicide missions against real fighter aircraft such as the Su-27 and its derivatives.

Modelling suggests are our last F-35 will be shot down by day three of a war. Then the enemy could bomb our navy and army at will.

But the appearance of the NGAD could save us from our own stupidity. It seems that Lockheed was promised a minimum economic quantity of F-35s built, possibly 500.

So the US Department of Defense (DOD) signed up for production from Lot 12 but not from Lots 13 and 14 which all went to foreign buyers, including Australia.

The US DOD would have known that the NGAD was coming and the foreign buyers of the F-35 were shafted to make good the minimum order promised to Lockheed.

Out of the last production run, Australia took a disproportionate number of aircraft, compared to the US, relative to what the respective fleet sizes were supposed to end up as.

That should have rung alarm bells, but we have some of the stupidest politicians on the planet.

With the appearance of the NGAD, US military interest in the F-35 will drop to zero. The US DOD will probably not proceed with the charade of taking it to pass operational test and evaluation which is required for it to go to full production.

And now we get to an important consideration. There will be no interest in making parts for the F-35. Parts will be very difficult to find, and without a flow of spares, the thing doesn’t fly.

Australia will be forced to find a different aircraft. We have spent billions in making special hangers for the F-35, and a whole lot of other stuff – largely wasted.

It will be no big deal for the USAF to park up several hundred useless F-35s. They have signed with Boeing for up to 400 F-15s to fill the gap.

But Australia will be left with a handful of F-18s that the RAAF is not bothering to maintain properly.

Back in the 1960s, Lockheed bribed foreign officials to take their aircraft. In 1976, a United States Senate investigating committee led by Senator Frank Church determined that Lockheed had paid US$10 million to the German Minister of Defence Franz Joseph Strauss for West Germany’s purchase of the F-104 in 1961.

Robert Calvert of Hawkwind made an entire album about this fiasco. It’s funny and clever – even when you aren’t out of your head.

These days Lockheed has a reputation of not paying bribes but does operate up to the limit of what is legally acceptable.

For example, the F-35 should have been killed off at least five years ago but the bloke in charge of the USMC at the time, General Joseph Dunford, declared Initial Operational Capability for the F-35B.

Lockheed credits this with saving the F-35 from being killed off. Retiring Defense Department staff are required to wait four months before accepting positions with suppliers; Dunford was appointed a director of Lockheed four months and eleven days after retiring.

Boeing has a reputation that involves bribes and Northrop plays it straight.

Australia has benefited from the fact that both the USAF and the US Navy have been captured by their staff, that is that they are run as pilots’ unions.

The development of unmanned fighter aircraft in the US has been delayed because they would compete with manned aircraft.

The USAF awarded a contract to Kratos to develop the Valkyrie which has only stubby little wings allowing it to fly straight to drop a bomb.

Boeing had in mind a far more capable unmanned aircraft with large-enough flaps to be highly manoeuvrable.

Boeing couldn’t get traction in the US so they came to Australia and partnered with the RAAF. The Loyal Wingman project has the promise of producing a quite cost-effective system.

The Gripen E is better than the [Soviet designed] Sukhoi Su-27. With respect to [Chinese] PLAAF fighter capabilities, their most effective fighters are the Su-27 and its derivatives, and the J-10.

Like the Gripen, the J-10 is a single-engine, delta wing with canards [small wings at the front]. It is based on what was to be the Israeli Lavi fighter, the technology for which the Israelis sold to China in 1992 for a couple of hundred million dollars.

China’s stealth fighters, the J-20 and the J-31, are junk. Just as the Israelis would rather buy F-15s than take more F-35s, China was negotiating with Russia to buy more Su-35s rather than build more J-20s.

But Russia has now cut off arms shipments to China due to the coming war. The J-31 was produced from F-35 plans which were stolen in 2006 and so has the design shortcomings of an aircraft that could take off vertically.

The design shortcomings of the J-20 and J-31 indicate that China does not have a proper understanding of fighter aircraft.