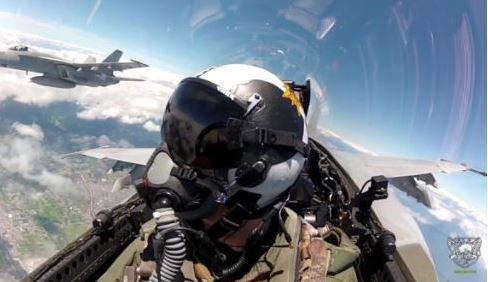 The second sign that the F-35’s days are numbered was the announcement in August that Lockheed had been awarded a “$62 billion ten-year, indefinite-delivery/indefinite-quantity (IDIQ), fixed-price-incentive contract for new production of F-16 fighter aircraft for Foreign Military Sales (FMS).” So the price of the replacement aircraft has been locked in before the death of the F-35 is announced.

The initial delivery order is for 90 aircraft for US$4.9 billion, equating to US$54.4 million per copy. This is about one third of the price of the F-35. And the F-16 defeats the F-35 in simulated dogfights as it can out-turn it as shown by the following graphic:

A high instantaneous turn rate improves a fighter’s chance of dodging an incoming missile. When the missiles run out the dogfight becomes a turning engagement with guns. A fighter with a 2° degree per second advantage in sustained turn rate will dominate the engagement. The F-16 out-turns the F-35 by 7° per second.

The total new F-16 contract of US$62 billion would buy 1,138 aircraft, supposedly with all of them sold to allies. Most of them though, will go to fill a gaping hole in the US fighter aircraft inventory. The last time the USAF bought an F-16 was in 2001 as shown in this graph:

Yet another problem with the F-15 and F-16 was that they had restricted range. The F-15 was designed to intercept Soviet bombers, find them using its big radar and fire long range missiles at them. Its lack of manoeuvrability is due to the fact that this wasn’t needed in its original role. Similarly, the F-16 was designed to dogfight Soviet fighters almost from take-off in Europe. So the fuel tank was kept small so that it wouldn’t carry excess weight into battle.

Most F-16s now come off the production with conformal fuel tanks which increase capacity by 43% without too much of a drag penalty supposedly, but still look quite ugly, like the shoulder pad period in women’s fashion:

The final nail in the coffin for the F-35 came a week ago when it was announced that the ‘Joint Simulation Test” for the F-35 was delayed yet again. The aircraft has to pass this test to be declared ready for full rate production. Otherwise the project is killed off and no more F-35s are produced. The test should have been completed by 2017 but Lockheed dragged its feet. Then the task was given to the US Navy which had to start the project from scratch and found it complicated and expensive. No new date was given for undertaking the test. It is likely that the result of the test has already been determined and the Pentagon doesn’t want to spend a lot of money on a charade.

Where does this leave Australia? In a very bad hole. The RAAF considers our F-18As to be old and clapped out. It isn’t even bothering to maintain them properly, despite a war with China coming. So far the RAAF has sold 25 F-18As to Canada for $3.8 million each. The rest are to be sold to a Mr Don Kirlin of Illinois who considers he is getting ‘an air force in a box’. Ultimately, after a massive loss of aircraft in the war with China, the US Marine Corps will requisition the F-18s from Mr Kirlin to help replace their losses.

Why does the Super Hornet exist? The Super Hornet concept was spawned in 1992, in part, as a replacement for then 30 year-old A-6 Intruder medium bomber. Though it had provided yeoman service since the early 1960s, the A-6 was aging and on its way to retirement by the end of the Gulf War in 1991. The US Navy earlier tried to develop a replacement during the 1980s – the A-12 – but bungled the project so badly that the whole mess was scrapped in 1991. The A-12 fiasco cost US$5 billion.

Nevertheless, the requirement for an A-6 replacement remained. Without an aircraft with a longer range and greater payload than the F/A-18, the Navy lost much of its offensive punch. Still stinging from the A-12 debacle, the Navy tried to “put one over” Congress by passing off a completely redesigned aircraft – the Super Hornet – as simply a modification of the original Hornet.

The obfuscation worked. Many in Congress were fooled into believing that the new aircraft was just what the Navy told them it was – a modified Hornet. In fact, the new airplane is much larger – built that way to carry more fuel and bombs – is much different aerodynamically, has new engines and engine intakes and a completely reworked internal structure. In short, the Super Hornet and the original Hornet are two completely different aircraft despite their similar appearance.

Though the deception worked, the new aircraft – the Super Hornet – does not. Because it was never prototyped – at the Navy’s insistence – its faults were not evident until production aircraft rolled out of the factory. Among the problems the aircraft experienced was the publicized phenomenon of “wing drop” – a spurious, uncommanded roll, which occurred in the heart of the aircraft’s performance envelope. A “band-aid” fix mitigated the problem at the expense of performance trade-offs in other regimes of flight. Regardless, the redesigned wing is a mish-mash of aerodynamic compromises which does nothing well. And the Super Hornet’s wing drop problem is minor compared to other shortfalls. First, the aircraft is slow — slower than most fighters fielded since the early 1960s. Also the Super Hornet can be outmanoeuvred by nearly every front-line fighter fielded today.

To send the RAAF Super Hornets up against real fighter aircraft is to condemn our pilots to death, like sending Wirraways up against Zeros in WW2.

That leaves us with the F-35s. In the north, the F-35 can only operate from RAAF Tindal where hangers with the special air conditioning and the special power supply the F-35 requires (600 volts DC) exist. That is not its biggest problem. Once production is halted sometime in 2021, interest in the aircraft from the USAF will evaporate and parts supply will become problematic. They will be parked up because they will be un-flyable.

For the US, their salvation is the Next Generation Air Dominance fighter (NGAD) which will replace the F-22. Initial test flights of the NGAD have been promising. Interest in the F-22 has dropped to near zero. A whole lot of bad judgements and corruption left the US relying upon a couple of 50 year old designs in the third decade of the 21st century. But nobody else has to.

For the last 20 years the US defence forces have been run by main-chancers and self-promoters such as Generals Mattis and Petreus, and the likes of General Dunford, formerly in charge of the US Marine Corps, who kept the F-35 alive in 2015 by declaring Initial Operating Capability for the F-35B variant, then went on the board of Lockheed Martin four months and eleven days after retiring. There is a four month ban on officers joining defense suppliers after retirement. Dunford sold his troops down the river in return for a seat on one of Lockheed’s Gulfstream corporate jets.

The US military is now run by people who know they are going to war with China. They are aware that the choices they make will determine whether or not tens of thousands of their troops will live or die. 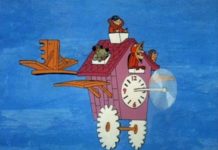 ITS OFFICIAL: AUSTRALIA GOT SHAFTED ON THE F-35 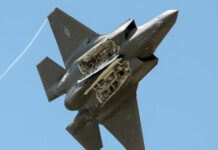