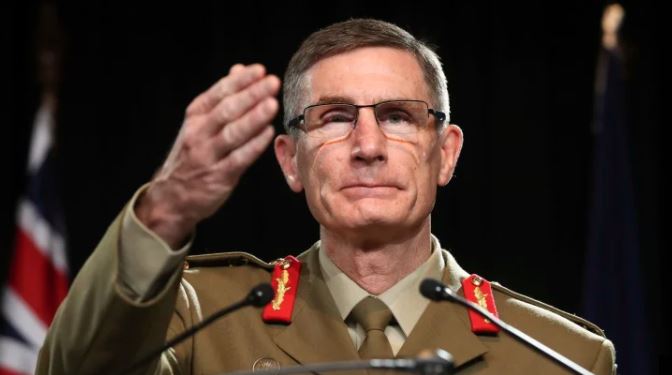 Let’s start at the beginning. On 12th February, 2009, two Australian commandos on a night operation were fired upon by an Afghan in the doorway of his mud hut. Not wanting to be killed by an Afghan with an AK-47, the commandos threw grenades through the door of the mud hut to kill the insurgent. The grenades also killed half a dozen members of the insurgent’s family. A year later the Director of Military Prosecutions, a Brigadier Lyn McDade, brought charges against the commandos for defending themselves. The charges were dismissed by more senior military staff with a better grip on reality. The episode revealed Brigadier McDade to be a self-absorbed, useless person.

In early 2016, the then head of Australian special operations suspended operations and invited everyone under his command to write to him personally, and advise him of any unacceptable behaviour they had witnessed or conducted. He received 209 letters that contained no evidence of criminal behaviour.

Then things deteriorated. In March, 2016 the then head of the army, now chief of defence General Angus Campbell commissioned a secret report on SAS culture from a Canberra sociologist, Dr Samantha Crompvoets. Members of the SAS, past and present, were encouraged to contact Dr Crompvoets anonymously and tell tales of what went on in the regiment. Some of the lurid tales were included in her report as fact. For example:

‘The inquiry has found that there is credible information that junior soldiers were required by the patrol commanders to shoot a prisoner, in order to achieve that solider’s first kill, in a practice that was known as ‘blooding’. ‘Throwdowns would be placed with the body, and a ‘cover story’ was created for the purposes of operational reporting and to deflect scrutiny. This was reinforced with a code of silence.’

As several thousand Australian troops have rotated through Afghanistan, you would expect at least several hundred of those to undergone the ‘blooding’ initiation. But strangely the just-released Brereton report doesn’t cite a single, individual case. Another SAS practice cited by the Crompvoets report and repeated in the Brereton report is that:

‘after squirters (runners) were dealt with, Special Forces would then cordon off a whole village, taking men and boys to guesthouses, which are typically on the edge of a village. There they would be tied up and tortured by Special Forces, sometimes for days. When the Special Forces left, the men and boys would be found dead: shot in the head or blindfolded and with throats slit.”

That passage implies that there should be a lot of villages in which only the women and girls survived a visit from Australian special forces. Such atrocities of that magnitude should be easy to track down but strangely the Brereton report does not include a single instance. By comparison the Surafend massacre of 1918 in which New Zealand troops massacred 40 Arab men in Palestinian village gets its own Wikipedia entry.

The soldiers that Dr Crompvoets was interviewing knew what she was about and gave her what she wanted to hear, like Margaret Mead in Samoa. Old army lags can be quite entertaining and would have competed with each other to make up the most far-fetched stories for her report.

The fact that General Campbell swallowed the Crompvoets tales and Major General Brereton repeated them as fact in his report tells us that both these men are complete idiots. Normally that would be enough to dismiss the Brereton report as useless garbage but it does give us an insight into the preoccupations of Australia’s high command.

The report says that the warrior culture in the SAS is a bad thing and that soldiers should be more caring and sharing. To give his report more gravitas and to pad it out, Brereton included a section on the history of Australian war crimes. There is not much to report so he included the glorious Battle of the Bismarck Sea as a war crime.

The senior officers of the ADF are jealous of the SAS because the SAS get most of the medals for gallantry. And so the person they hate most is Ben Roberts-Smith because he earned both the Victoria Cross and the Medal for Gallantry by conspicuous acts of bravery. Relations between the Army and Mr Roberts-Smith started deteriorating years ago.

On the Australian Army website Mr Roberts-Smith is mentioned as having received a Victoria Cross but the link to the citation in broken. Fortunately the National Library’s Trove service provides a snapshot of his citations as at 10.17 on 4th April, 2012.

As the Army’s persecution of Mr Roberts-Smith intensifies, it would be good to keep in mind what he did to earn his Victoria Cross in a helicopter assault into Tizak, Kandahar Province on 11th June, 2010:

Corporal Roberts-Smith and his patrol manoeuvred to within 70 metres of the enemy position in order to neutralise the enemy machine gun positions and regain the initiative.

Upon commencement of the assault, the patrol drew very heavy, intense, effective and sustained fire from the enemy position. Corporal Roberts-Smith and his patrol members fought towards the enemy position until, at a range of 40 metres, the weight of fire prevented further movement forward. At this point, he identified the opportunity to exploit some cover provided by a small structure.

As he approached the structure, Corporal Roberts-Smith identified an insurgent grenadier in the throes of engaging his patrol. Corporal Roberts-Smith instinctively engaged the insurgent at point-blank range resulting in the death of the insurgent. With the members of his patrol still pinned down by the three enemy machine gun positions, he exposed his own position in order to draw fire away from his patrol, which enabled them to bring fire to bear against the enemy. His actions enabled his Patrol Commander to throw a grenade and silence one of the machine guns. Seizing the advantage, and demonstrating extreme devotion to duty and the most conspicuous gallantry, Corporal Roberts-Smith, with a total disregard for his own safety, stormed the enemy position killing the two remaining machine gunners.

His act of valour enabled his patrol to break-in to the enemy position and to lift the weight of fire from the remainder of the troop who had been pinned down by the machine gun fire. On seizing the fortified gun position, Corporal Roberts-Smith then took the initiative again and continued to assault enemy positions in depth during which he and another patrol member engaged and killed further enemy. His acts of selfless valour directly enabled his troop to go on and clear the village of Tizak of Taliban. This decisive engagement subsequently caused the remainder of the Taliban in Shah Wali Kot District to retreat from the area.

Corporal Roberts-Smith’s most conspicuous gallantry in a circumstance of extreme peril was instrumental to the seizure of the initiative and the success of the troop against a numerically superior enemy force. His valour was an inspiration to the soldiers with whom he fought alongside and is in keeping with the finest traditions of the Australian Army and the Australian Defence Force.

Neither General Campbell or his pet fantasist Major General Brereton have seen combat while Mr Roberts-Smith has wiped out multiple enemy machine gun positions in an afternoon. I know who I would believe.

The Federal Police will be given the job of prosecuting the servicemen mentioned in the Brereton report but the effort will go the way of the McDade prosecutions. They will be dropped for lack of evidence because mostly they are complete fabrications.