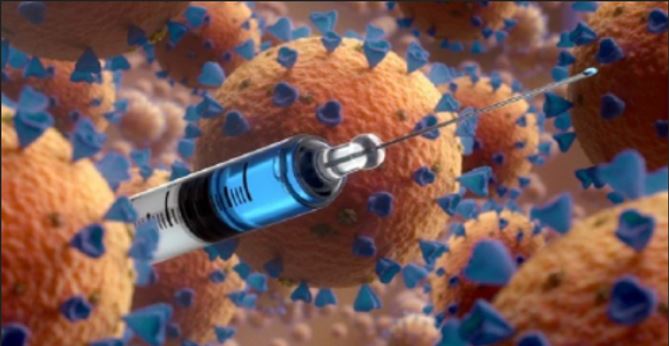 Sometimes it is necessary to state the obvious. The efficacy of the vaccines, not complete to start with, falls away rapidly as shown by this graph from November:

That graph is from a study based on a cohort of military veterans in the US.

The UK government produces covid statistics on a weekly basis and analysis of that data stream shows the situation is much worse.

For 30 to 70 year-olds in the UK, vaccination dramatically increases the rate of covid infection:

A result above the 0% line means that the vaccinated have a higher rate of infection than the unvaccinated.

To be clear about the quantum of the effect, for the 40 to 49 year olds in the UK, the infection rate is of the vaccinated is 2.2 times that of the unvaccinated. There is no reason to expect that this is different from any other national population.

What is interesting is that the effect exists in the first place. The vaccines are providing some protection against death from the virus while at the same time making individuals more susceptible to infection.

And the effect is changing by age group on a weekly basis – far more rapidly than what you might expect from natural decay.

The effect reached its peak in week 44 of the calendar year and is now shrinking rapidly for the upper end of the age group but is very sticky in the 40 to 49 year olds.

The rate in the 30 to 39 year olds hasn’t changed either.

This is a very interesting result from the giant vaccination experiment – someone will eventually figure out what is causing it.

There is another complication in that vaccination for one strain of the virus increases susceptibility to infection by a subsequent strain.

An Israeli study found  those vaccinated with the Pfizer mRNA vaccine (BNT162b2) had a 13.06-fold increased risk of infection, and greater likelihood of symptomatic disease and hospitalization, by the Delta variant.

The response to the failure of the vaccines has been to double down on stupidity and have booster shots.

But each shot of vaccine comes with its own spin of Russian roulette. This year in Scotland, ambulance attendances for cardiac events have been running at up to 500 per week above normal, mainly in the 15 to 64 age group.

This equates to 0.2% of the vaccinated. This effect does not capture vaccine damage to other organs besides the heart, or damage insufficient to trigger a cardiac event.

For most age groups, vaccine booster shots will kill people at a higher rate than the virus. If the death rate from a booster shot is 0.2% per shot, perhaps 0.1% due to cardiac events and another 0.1% from all other causes, for a person at the age of 20 and facing two booster shots per annum over the next 50 years, the death rate will be 10% by the age of 70 – at best guess.

Early in the pandemic the advice I was given by a pharmaceutical veteran was that it is not possible to develop a vaccine worthy of the name for a corona virus. That prediction holds true.

Vast sums were spent in the attempt to make a vaccine for HIV which was eventually controlled by a cocktail of five drugs. The second part of her advice is that we cannot live with this virus and hope to maintain a functioning civilisation.

Each infection does some damage, and the damage is cumulative. Eventually it will affect fertility.

We should be gathering a lot more data from the vaccinated, such as D-dimer levels which indicate blood clotting, and perform a lot more autopsies on the dead ones.

Otherwise the opportunity to gather data from this once-in-a-lifetime medical experiment will be wasted.

The vaccines have failed so what to do? Thankfully there are more advanced civilisations on the planet that are using evidence-based science instead of blind faith. And we can get guidance from what has worked for them.

Firstly there was the Indian state of Uttar Pradesh:

Beyond ivermectin, Japan has adopted the following approach to covid:

Let’s not forget the third world country of Indonesia who have proved to be a lot smarter than our political class. They also did it with ivermectin:

There are now plenty of anecdotes, such as this one, of individuals curing themselves with a cocktail of drugs based on ivermectin – ivermectin, vitamin C, vitamin D3, quercetin and zinc.

Ivermectin remains banned in Australia by a globalist health bureaucracy that wants to force people towards vaccination.

As stated at the beginning, the covid vaccines have failed and that is now obvious to the Australian population at large.

So antivaccination rallies have attracted 300,000 people in Melbourne and 2,000 people in Warwick, Queensland which is one seventh of the town’s population.

While people know what they don’t like, nobody has yet told them what the optimum response to covid is. So this is what Australia should do with respect to covid:

1. Make up a once-per-day pill totalling 700 mg which will contain:

And make this available in Australian pharmacies, online and in grocery stores.

Individuals may supplement that with injectable vitamin C if they wished. Oral vitamin C uptake drops off rapidly above 100 mg per dose.

2. Adopt a zero covid policy, as China is doing, until it is clear whether or not the virus is doing long term damage and that damage is quantified.

Actually the basis of this is similar to the Federal Government’s current approach but without the stupidity and needless expense, deaths and suffering.

The first political party to adopt this approach will be guaranteed at least two senators per state in next year’s federal election. 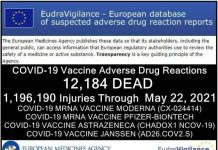 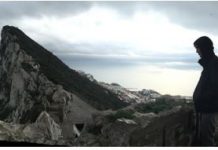 AND THE FULLY VACCINATED ROCK OF GIBRALTAR CRUMBLES