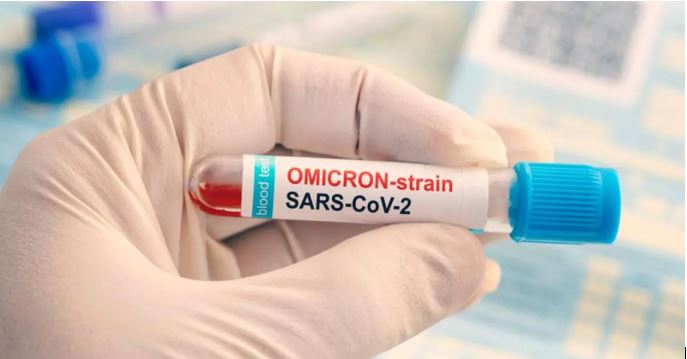 A Great Sage, Richard Fernandez, lives in Sydney and writes the Belmont Club blog on PJ Media. In June this year I drove the 3,000 km to Sydney to seek his counsel on what the Chicoms are likely to do.

His prophecy was that the Chicoms are unlikely to start a kinetic war but if they thought that Covid was a successful bioweapon then they would do it again. And so it has come to pass. Omicron came from a laboratory.

In the understanding of the world we gained from attending Sunday school, you may remember this passage from Genesis 4:18:

And unto Enoch was born Irad: and Irad begat Mehujael: and Mehujael begat Methusael: and Methusael begat Lamech.

Omicron’s lineage goes straight from Irad to Lamech, skipping all the generations in between. This is not natural. Omicron carries a series of highly unlikely and suspicious mutations in its spike protein.

It doesn’t infect mink or ferrets but does infect mice, suggesting that it was serially passaged through mice in its development.

China is a zero-covid country, after making sure the rest of the world was infected, and so releasing omicron there wouldn’t have achieved anything. South Africa was chosen for the release point. To replace the Delta strain, omicron was made more virulent.

But why was it made less deadly?

If it was more deadly, countries of Western Civilisation might make an attempt to stamp it out. It appears that the Chicoms ran a social media campaign on Twitter and Facebook with strange handles leaving comments along the lines of “Thank goodness omicron is mild!” to help this perception along.

Covid infections and the vaccines do their damage cumulatively. And there is no herd immunity. A correspondent from Missouri writes:

one of my first cousins, a nurse at a correctional facility, has had covid 3 times so far…felt like crap every time too.  she’s 55…

As a bioweapon covid achieves its effect by cumulative damage. Omicron was made seemingly milder so that idiot Westerners, too stupid to use ivermectin and other antivirals, would think that they could live with it.

And thus we have the spectacle of the new Chief Health Officer for Queensland recommending vaccinating and boosting as much as possible while letting the virus rip. So that it will be endemic.

Vaccination is to reduce the load on the hospital system, not for the health of the vaccinated. A succint summary of his proposal:

Endemic doesn’t mean mild, it just means it’s all over the place. And Covid infection doesn’t give immunity either. You just keep getting reinfected until it kills you. Great plan!

Unless vaccination kills you first. A school district in New York has had to hire a doctor just to look after sudden cardiac arrests in the kindergarten to twelfth grade group. Heart attacks in children used to be as rare as hen’s teeth.

The Australian federal government is in on the act and has ordered hundreds of thousands of oximeters to mail out to people with symptoms. The idea is that people will be told not to go to hospital until their oxygen level suggests that the deadly hyper-inflammatory response stage has started.

This will maximise the death rate relative to handing out antivirals such as ivermectin and vitamin D. If you don’t think this is deliberate then you have not been paying attention to Greg Hunt’s politics.

Most of the Western world is vaccinated and most age groups in the vaccinated have a higher rate of infection than the unvaccinated. There has been another interesting development in the weekly covid statistics from the UK:

To recap, the UK started providing weekly covid vaccination statistics in Week 36 of 2021, the magenta line. This showed that vaccination provided a benefit against infection for people up to the mid-30s in age.

After that up to the age of 80, vaccination against covid actually made people more prone to infection by covid. And from then on until Week 44, this effect became stronger and stronger.

This was an unexpected result to put it mildly and is likely due to antigenic imprinting (original antigenic sin) that has locked immune systems into less effective and non-sterilising response patterns.

Then this effect started reversing for the age groups 50 plus while the relative infection rates for the 40 to 49 year olds have remained relativley constant.  This age group is a hinge point.

In the last data set, for Week 51, suddenly the 18 to 39 year olds have shown a jump in infectivity for the vaccinated relative to the unvaccinated.

The reason why young people and children had seemed immune to covid is that they have more active immune systems than adults. The fact that the vaccinated 18 to 29 year old age group is suddenly more prone to infection suggests immunological exhaustion.

If it was due to booster shots, you would expect to see an effect across other age groups as well.

These facts suggest a theory to explain them in terms of the split of the physiological load of the body’s protective systems. The reason why the immune systems of young people can be more active is that they are less likely to develop cancer. The body’s anticancer system is largely intracellular.

Physiological load is possibly the reason why humans don’t make our own vitamin C whereas most other mammals do. If vitamin C can be obtained from the diet reliably, then the energy that would have gone into making it can be redistributed to other functions. It may be the reason why childhood cancers seem to be more aggressive. There may be less energy devoted to the production of proteins in the apoptotic system.

You don’t want the spike protein in your body, from either source. And we are at the stage at which online advice is appearing on how to detox spike protein from your body. Autopsy results are coming in.  From that paper:

We show that SARS-CoV-2 is widely distributed, even among patients who died with asymptomatic to mild COVID-19, and that virus replication is present in multiple extrapulmonary tissues early in infection.

Further, we detected SARS-CoV-2 RNA in multiple anatomic sites, including regions throughout the brain, for up to 230 days following symptom onset. Despite extensive distribution of SARS-CoV-2 in the body, we observed a paucity of inflammation or direct viral cytopathology outside of the lungs.

From another preprint listing 32 types of cells from which covid was recovered:

SARS-CoV-2 can replicate within tissue for over 3 months after infection in some individuals, with RNA failing to clear from multiple compartments.

Photos from autopsies are coming in too. The fastest way of dying from covid is having blood clots in the lungs:

Figure 2 shows a champion covid blood clot. The most common effect, including in the asymptomatic, is micro-clotting. The best way of detecting these is with a D-dimer test.

By the way, quercetin is a thrombolytic which means it helps dissolve blood clots.

The ‘let’s live with covid’ crowd choose to ignore the damage it causes to the young to the old, and including the as-yet ungotten and unborn. In women, the spike protein likes to accumulate in the ovaries. In men, the good news is that the semen itself is not infectious. But this paper reports that:

But among 35 men who provided samples within a month after recovery from symptomatic infection, reductions in sperm motility were evident in 60% and sperm counts were reduced in 37%.

It is hard enough to get Westerners to reproduce in the first place; covid adds another layer of difficulty. Now this is just an anecdote:

I spoke with a daycare worker the other day. She worked with the babies. She said you could tell which babies were covid babies because they were delayed. Terrifying.

Donor (Telling story of their daughter): had pfizer whilst pregnant. Pregnancy was ok, no concerns, scans and checkups all clear. Baby boy born.

Within three weeks baby diagnosed with myocarditis and passes away. Extremely sad.

But this is a paper reporting that:

“Case reports of relatively young COVID-19 patients who developed Parkinson’s disease within weeks of contracting the virus have led scientists” to find that “the SARS-CoV-2 N-protein interacts with a neuronal protein called α-synuclein and speeds the formation of amyloid fibrils, pathological protein bundles that have been implicated in Parkinson’s disease.”

So endemic covid will bring with it a tidal wave of dementia and Parkinson’s patients. Covid has also been implicated in stopping the development of the ability of babies to swallow solids.

China’s zero-covid policy is the rational response to the bioweapon they created. Covid to the western world will be like smallpox clearing the western plains of North America.

The European settlers stepped into a world that had been heavily populated but suddenly emptied. North America will be emptied again, helped along by a health bureaucracy that took out a patent on an anti-coronavirus vaccine to make money out of the pandemic they developed the science for.

China can’t feed itself but Xi is gambling that the nation will muddle through. Xi, like Mao before him, believes that the ‘big battalions’ are decisive in history. China’s bluster would be less effective if their population was shrinking.

So Xi lifted the one child limit to two, and when that didn’t work, to three. Parents complained that having children was too expensive because of the cost of private tutoring if their children were to perform well in exams. So Xi banned for-profit tutoring.

More recently he banned vasectomies – if you want to have sex, you have to produce babies for the emperor. It is more than a little like pre-war Germany which banned abortions, and for the same reason – to fill the empty lands that will be created.

The Chicom covid vaccines have failed but they are not doubling down on stupidity as we are in the West: China’s first home-developed anti-COVID-19 drug based on an “antibody cocktail therapy” has been approved for public use.

China continues its sabre-rattling against Taiwan and continues to bait Japan in the Senkakus:

The sudden jump in incursions in 2012 was from Xi’s ascension to the throne.

But is more likely to attack India first. The Chicoms have moved tanks and rocket launchers up to the border. Most telling is that they have released a video lauding the Chicom troops that died attacking Indian troops in June, 2020.

This had been a forbidden subject in China because they lost 100 troops to the Indian loss of 20 troops, despite attacking the unarmed Indians with steel clubs. Making heroes of the past dead means that they are clearing the decks to go again.

On 30th July, 2021, Xi said in a speech: “We must persist in strengthening the overall planning of war and make preparations for military struggle.” It demanded the commitment, he said, of the “entire party and entire country”. Sometimes it is best to take people at their word. An interruption of the flow of food into China would be inconvenient: 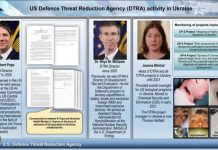 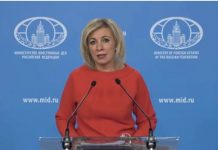 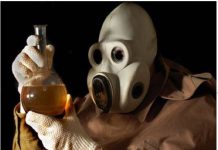 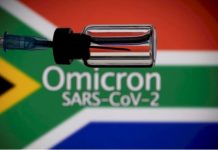 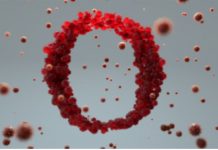 Global climate is on a Natural See-saw, not a Man-made Tipping...