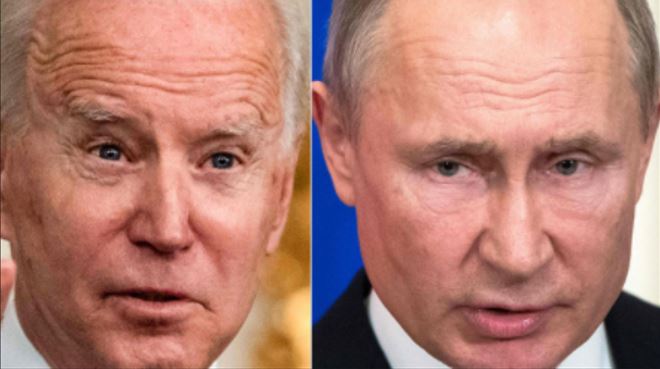 Which brings us to the strange case of the imminent Russian invasion of Ukraine. We are supposed to believe that the modern Machievelli, Vladimir Putin, has had 100,000 Russian troops camped out in the snow for months on end, poised to invade Ukraine.

No complaints from the Russian troops have been heard so these must be really hard men, capable of enduring enormous suffering, sitting patiently in the snow drifts while waiting for their leader’s order to advance. And they would all be men with not one pregnancy flight suit east of the Dnieper.

Which is doubly strange because personal relations between the Bidens and the Russians are so cordial. One Russian lady, Elena Baturina, gave Hunter Biden US$3.5 million, seemingly out of the kindness of her heart because no reciprocal service was provided by Mr Biden.

Another strange thing about the Russian invasion threat is that it is exactly the wrong thing to do if your major threat is China. China has territorial ambitions on all its neighbours and is the greatest threat to world peace.

Russia understands that Chinese territorial ambitions, for example over Vladivostok, not actively pursued are merely being held in abeyance. China’s long term ambition is to subsume all Russian territory east of the Urals.

Edward Luttwak has called China an autistic power. That is being too charitable – it is more of a psychopath. It feels the need to be constantly attacking other countries. At the moment it is building up forces on its border with India for a summer offensive.

To put this into context, the same people who kept the United States in Afghanistan for 20 years are still in charge. The same people whose strategy to justify that was “Fight them there so we don’t have to fight them here” need a new chew-toy to play with.

Ukraine is the new Afghanistan.

Standard strategy on the Eurasian land mass is to ally with the No 2 power to thwart the No 1 power. This means making an ally of Russia to thwart China. Going all out to antagonise Russia means more US dead in the war of China’s choosing.

Whatever reason the Biden regime has ginned up the Russian threat, and we shouldn’t discount simple stupidity, there is one very good reason why Russia won’t attack Ukraine.

It would make the average Russian very much poorer.

Forty years ago, the countries of the Soviet Bloc had similar standards of living – they were equally very poor. After the collapse of communism in 1990 they were free to go their own way.

Ukraine has stayed poor. It is the Bolivia of Europe due to corruption. Russia’s economy expands and contracts with the oil price. Poland, by comparison, pulled itself up by its bootstraps. This is illustrated by the following graphic:

Fully one third of Russia’s GDP is from its oil and gas production. Polish and Ukrainian natural resource extraction is minuscule.

The Russians don’t have the spare funds to invade Ukraine and fix up Ukrainian roads and pay their pensions. The Russian Army developed a nice new tank, the T-14, but can’t afford to build more than a handful.

The Russian Air Force developed a beautiful new fighter, the Su-57, but can only pay for a token number of them. Russian irredentism, if there is any, has to wait for a much, much higher oil price. Meanwhile the adults in the room should be confering on the China threat.