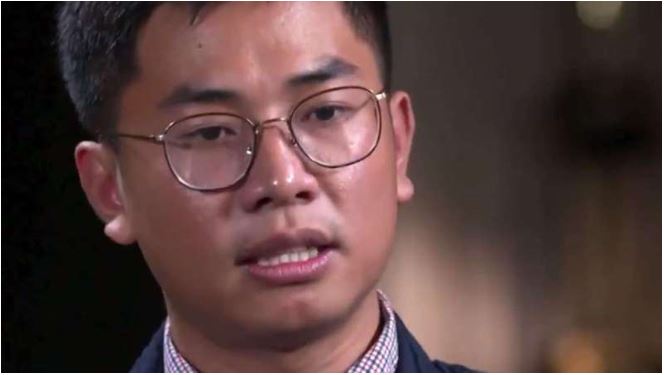 There’s a first for everything, and it seems we may have just seen our first Chinese spy publicly defect to Australia. Wang Liqiang, who claims to have been a Chinese undercover operative in Hong Kong, Taiwan and Australia, has spoken out about the Chinese Communist Party’s widespread subversion activities in our country.

According to Mr Wang, Chinese agents are “operating with impunity in Australia”.

He chose to make his claims on a far left YouTube channel called ’60 Minutes’. The channel spreads wild conspiracy theories such as that Russia interfered in the 2016 US presidential election in favour of Trump, so should be viewed with caution. Mr Wang, however, seems credible.

Mr Wang’s allegations are potentially explosive. He not only laid out his own role in kidnapping democratic dissidents in Hong Kong and attempting to rig Taiwanese elections, but also an assassination in Australia of a Chinese businessman as part of a plan to elect a Manchurian candidate to Australia’s Federal Parliament.

The attempt was made in the seat now held by Liberal Gladys Liu, whose own shadowy ties to Beijing have been questioned in the Australian media. Those claims were dismissed at the time as racially-motivated by PM Scott Morrison.

Mr Wang has provided a thorough picture of how deep the Chinese communist subversion of Australia has gone. The pattern that Mr Wang portrays is one in which the weaknesses of potential operatives are identified and exploited by Beijing in order to further their ultimate plan to replace the United States as the Asian regional hegemon.

How many of our politicians, media thought leaders and senior academics have had their peccadillos and fetishes exploited by Beijing in this way? There’s no way we can know for sure, although should we get closer to all-out war against China we can expect such revelations will be made public by the spooks in an attempt to clean house.

Just this week, Treasurer Josh Frydenberg approved the sale of infant formula company Bellamy’s to the China Mengniu Dairy Company Limited. According to the treasurer, “This approval will ensure Bellamy’s can continue to support jobs in Australia and strengthen its ability to expand its domestic market as well as its export opportunities, particularly into the growing Asian market.”

It’s all about the dollars for Mr Frydenberg, and according to our PM Australia “does not have to choose” between the US and China.

I suspect one day we will curse the naivety of such neoliberal, globalist ideologues, because the war drums against China are getting louder in Washington and that’s only going to make our situation more difficult once a choice between China or the US is forced on us.

And knowing Trump as we do, that’s just a matter of time. Reality is coming for our foolish leaders.

It’s not just at the big picture level, however, that we have a problem with communist Chinese infiltration of the Australian economy. It’s happening at the street level, too. Just this week independent investigative journalist Dave Lee published a video expose of how Chinese small businesses illegally avoid paying wages, taxes and benefits to their employees by using tourist visa workers and Chinese payment apps.

Mr Lee managed to place an employee in a Chinese-owned juice bar which is part of a chain spreading across Sydney. The undercover operative was able to get evidence of fraud as well as racist hiring practices which discriminate in favour of ethnic Chinese. The business also used Chinese-language contracts to obscure what they are up to from Australian authorities.

As Mr Lee points out in his expose, the competitive advantage these illegal practices grant to Chinese-run business owners in Australia provides their children with greater access to resources and educational opportunities, thus cementing a Chinese communist overclass in Australia in the near future. In the meantime, businesses which play by the rules are being driven to bankruptcy.

We need to raise awareness of these illegal and discriminatory practices by Chinese-run businesses, so that we can ensure a level playing field for small business owners who play by the rules – rather than cynically manipulating them for their group’s advantage.

DOWN AND OUT IN SOUTH AUSTRALIA