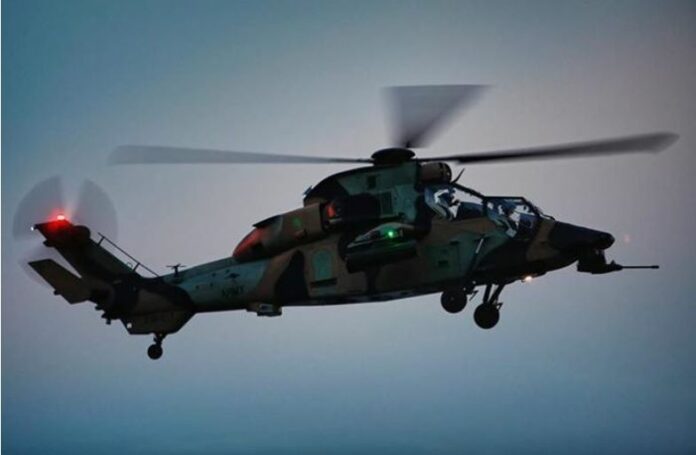 Their ABC reported that Defence officials were baffled as to the reason why Chinese fishermen were using lasers in such a way as to cause Aussie pilots to require medical attention.

“The reason for fishing vessels using the lasers is unknown, but this may have been to draw attention to their presence in congested waterways,” according to Defence.

I have another theory. How about they hate our guts and want to drive us out of their region, off this continent and into the sea for good, Defence officials? Have you even considered that idea?

Maybe you’ve been busy with other things.

Senator the Honourable Penelope Ying-Yen Wong hasn’t considered it either. According to Penny, there is no threat indication from the incident because the Chinese fishing vessels aren’t using military-grade laser devices.

Yet, Penny. They aren’t using them yet.

Maybe I just feel the threat more than Penny. Perhaps an international socialist with links to the same ideological movement the Chinese government was founded on and having the surname ‘Wong’ might not feel it so much.

That’s just another theory though.

The reality of the situation is that Australians are flying blind metaphorically as well as physically when it comes to the situation with China.

If we are going to avoid crashing and burning in the years ahead, we’re going to have to go through a painful process of eye-opening for which we are culturally, ideologically and politically totally unprepared.

This is about more than just dairy farms. This is about a momentous geopolitical shift in the years ahead which will leave Australia more vulnerable than it has been at any time in its history.

In order to open our eyes and see the situation clearly though, we must go back and properly understand what Australia is and why we have enjoyed such a miraculous run as history’s Lucky Country in the first place.

We are an imperial outpost of the Anglo-American empire.

We have been from the beginning. If you look at tombstones and monuments from World War I, you will see consistent reference to Australia being part of the British Empire.

We were founded by British stock with a fusion of Irish to keep things lively, and until the rootless cosmopolitan utopian multiculturalists in Vaucluse and Caulfield forced open borders on us in the 70’s that was very much our makeup.

This has been a very fortunate position for Australia. It’s why we’re rich. We’re not rich because of good governance, free healthcare or education.

Those are extras. We’re rich because we’ve been the little brother of the biggest dog on the planet since Napoleon was defeated at Waterloo.

We are an extension of the ethnic group which has controlled the world’s sea lanes since then, or at least we were until multiculturalism.

Now, we ‘share values’ with Britain, the United States, Canada and New Zealand. Or something. Either way, we’ve benefited from being part of the inner core of the empire.

Whatever values we do have in common in the Anglosphere come from our common Christian heritage. When we look back at our record of treatment toward the people we conquered, it’s not perfect. We did bad stuff. Sure. And it’s all we ever hear about.

Yet we never hear about what other imperial powers did to those they subjugated.

The West was better to be ruled by and is better to live in because of Christianity. We take it for granted that we will always enjoy the God-given rights of life, liberty and the pursuit of happiness.

The left love to tell us that race is a social construct. That’s a lie. Race isn’t, but rights are. And once China takes over, the rights we take for granted will disappear in an instant.

After all, commies aren’t big into rights. They’re into power.

At the end of the Second World War, Russia controlled most of the Eurasian landmass, but America ruled the waves.

The imperial model of the USA is that all countries allow the US Navy to safeguard shipping to enable commerce around the world, and in return the US Navy has freedom of passage everywhere and other navies stay out of the Western Hemisphere.

This is what makes the USA a global hegemon. It controls the sea lanes that fuel the global economy, and this is why China is threatening the USA in the South China Sea. China wants regional hegemony, which is a threat to US global hegemony.

The unstoppable force is meeting the immovable object, and it will be miraculous for little nations like Australia to not get crushed. Has our government already decided to jump ship and support China? A quick walk around Sydney might suggest so.

If we were stupid enough to try that, America would go from big brother to deadly enemy very fast. If you don’t believe that, maybe this professor will convince you. He makes a watertight case.

If talk about empires, ethnicity and war makes you uneasy – whatever. It’s the reality.

After the fall of the Berlin Wall we may have convinced ourselves that history was over and that the world was filled with 7 billion lamington-loving, secular humanist, liberal democratic brain surgeons just waiting to contribute to our GDP, but it was a delusion.

History carried on, especially for the nation which missed out on the goodies Western Europeans have enjoyed since our forefathers conquered the seas and owned the world.

The Chinese almost beat us Europeans when it came to control of the world’s wealth. In the early 15th century, 60 years before Columbus, Chinese Admiral Zheng He led a massive fleet of Chinese vessels on a series of voyages of discovery.

It seemed the Chinese were about to expand everywhere, just like we Europeans did later. There was a change of government back in China, however, and a more inward-looking regime took control.

They burned the maps and the ships. The Chinese failed to exploit global markets the way Europeans did a century later, and so ended up being subject to European power.

The Chinese call the period from their loss in the Opium Wars in the 1850’s to the communist victory in 1949 the ‘Century of Humiliation’. Every Chinese schoolkid learns about it.

We’ve forgotten about it. They haven’t.

We have been protected by the imperial shield of first Britain and then the United States for a very long time now. We are fat and dulled and decadent. They are hungry and unified and determined.

The pattern of history shows clearly who wins in such scenarios.

Should we ever face military occupation and the CCP takes control, Penny and her internationalist rainbow tribe will be the second group off to the camps – after Christians like me and my tribe.

Maybe once we’re there, Penny can explain to us how we shouldn’t be alarmist and we just need to engage more with our Chinese captors in order to safeguard democracy.

After all, we wouldn’t want to be racist.

DIGGERS DIG THEIR OWN GRAVES