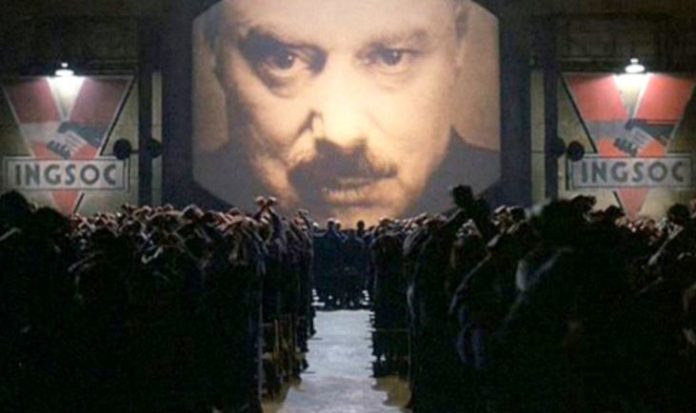 Tuesday the 3rd of November, 2020. A date which will live in infamy.

A day on which the forces of darkness came together to strike yet another blow against freedom. When the trust and goodwill of decent folk was betrayed by a corrupt elite whose cynicism and greed will ensure that our children will not enjoy the fruits of prosperity and peace that we have known. A day on which the bastards yet again betrayed the democratic ideals they pay lip service to while lining their pockets.

No, not that bastard.

On the same day as the Melbourne Cup and the US presidential election the RBA decided to launch Australia’s first quantitative easing program. They cut the overnight cash rate to 0.1% on the same day.

If you’d said five years ago this was coming, as I did, people would have said you’re nuts, as they did. Yet here we are. Now the whole world is nuts.

‘Quantitative easing’ is a dense and obscure term. It’s meant to be. It’s one of those phrases cooked up by our overeducated elites to prevent the public seeing what they’re up to. And while the mechanism is complicated and you have to have gone to Harvard to come up with it, it’s really very simple to understand.

It’s money printing. It’s when the central bank of a country starts printing billions, and sometimes trillions, of dollars or yen or pounds or whatever and hands it to the banks so the financial system doesn’t collapse. It was first done in Japan after the ’89 bust, then in the USA and Europe after the Great Financial Crisis of 2008. It was explained to the public then as an ‘emergency measure’ which was totally unusual and temporary and not at all indicative that one day the whole global economic house of cards was going to implode.

Which was all lies, of course.

Failure was built-in to our debt-based economic system since the beginning. Our currency is created when commercial banks make loans, usually for housing. This is why we’ve had a multi-decade housing bubble and mass immigration scheme. Our governments fund social welfare and infrastructure spending via public debt, which everyone knows is never going to be paid back. It just compounds day after day, year after year, and while the music plays, everybody keeps dancing.

Now the plandemic has stopped the music.

London is a ghost town now compared to what it was.

The Western economic system is now imploding. If you take step back from the narrative about a public health emergency and just look at what is happening around the Western world, the carnage is clear.

So was Melbourne until recently.

Have we not had long enough to build a few extra hospital beds by now?

None of this makes sense if it’s just about a virus, because it’s not. It’s about a strategy for managing the collapse of the Western-led global financial system. The debt has gone parabolic, and while trillions are being printed by central banks and spent by governments the businesses which employ 70% of everyday Aussies are being destroyed.

Funny-money inflation and lockdown-induced deflation are cancelling each other out, and that’s why life outside the window still looks normal. But it’s not normal, or at least not the old normal. It’s a ‘new normal’.

These people aren’t messing around. These are the most powerful people in the world right now and they’re telling us they’re about to bring in a system in which we will own nothing, decide nothing, control nothing and be nothing.

And we will love our captivity.

I used to dismiss the talk about this coming New World Order tyranny. I thought collapse was far more likely. I expected Mad Max more than 1984.

I’m beginning to think I was wrong.

The man leading the Great Reset, Klaus Schwab, is an academic. He created the ideological framework for this global totalitarian takeover and has worked alongside billionaires like Bill Gates and George Soros to establish it for decades.

We are facing a global coup pushed through institutions like the UN, IMF and World Bank by Marxism-indoctrinated academics.

The establishment media is full of opinion pieces written by academics laying the groundwork for this totalitarian takeover. The political class is on board because ending democratic processes would suit them just fine. The central bankers are financing it because foreclosing on humanity and ending Western capitalism and the liberties it requires for us proles would also suit their agenda just fine.

There is really only one person standing in the way of this thing: Donald Trump. He’s not the Messiah. He’s a very naughty boy. But he’s also a businessman who wants to create a legacy for himself and a dynasty for his family. Ironically, his selfish ambition might be what saves liberty for us and our children. God has a great sense of humour.

If Trump fails, this Great Reset will accelerate everywhere. The world we have known will end forever.

If you want a picture of the future under a Biden-Harris administration, imagine a mentally unstable adjunct professor stamping on a human face, forever.