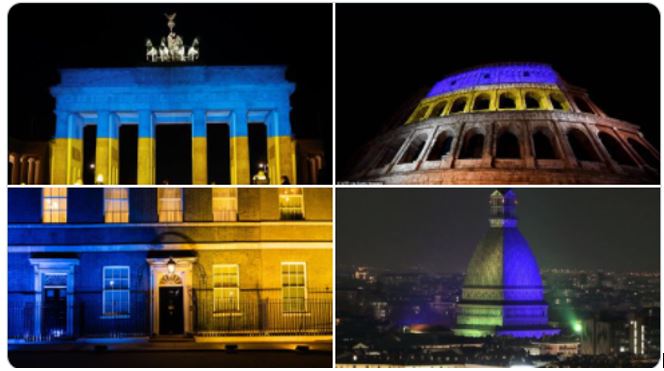 Our war is not between governments but against them

I’ve often wondered how people could be so stupid as to support a world war.

How could a society be so mad as to cheer for war with the Keiser or later war with Herr Hitler, knowing full well how gut-wrenchingly destructive those wars would be?

Madness. Collective hysteria whipped up by fork-tongued politicians who know they’ll be whisked off to a bunker as soon as the nukes start flying and we get roasted.

There’s a toxic flaw in us humans. A glitch. It’s something that the Bible touches on. We crave a strong government to take care of our needs because freedom is hard, and then that tyrant we create oppresses us and sends our sons to die fighting other people’s sons.

We Aussies have been fighting wars for someone else’s empire since the first colonial boys were sent to the Maori Wars in 1860.

Has it made us freer?

Has it made us happier?

Is our society better now for all that blood and grief and tears?

Yet we keep falling for politicians’ lies, and then we let the soothsayers create myths afterwards so that we don’t have to face that we sacrificed our children to the god of war for nothing.

It is not soldiers who start wars. They just fight them. It isn’t even the generals, who largely direct them. It’s the politicians and the financiers who own them who engineer these imperial games of blood and mud and rot and fire which they then sit and watch.

The elites of the West could have avoided this war. Putin invaded using a similar justification to what Hitler did in 1939. Like Hitler, Putin is seeking to bring ethnic Russian minorities back under the banner of the fatherland.

He could have been accommodated. Independence votes in the Donbass and a written pledge from NATO that Ukraine wouldn’t join would have sufficed.

The Ukrainian government provoked this war. They have hosted US bioweapon research labs, trained and used neo-Nazi soldiers from around the world, imposed ethnic cleansing on Russians in the east of the country and lied about events since the war started.

Ukrainian President Zelensky has strong ties to the World Economic Forum and became suddenly and suspiciously famous through a TV show.

The whole thing stinks to heaven. It’s a setup.

Am I arguing Putin is a good guy? That he’s going to save us by liberating us from the globalist WEF and make Christianity great again by turning our kids straight and our maidens virtuous?

Of course not. You don’t get into the KGB and sent to East Germany by the Soviet authorities if you’re a person with a conscience.

A pox on all of them.

I can hear the well-funded internet mini-celebs who have large platforms in the alt-media protesting now that surely we must ‘Stand with Ukraine!’ because we love freedom and democracy and big, mean Russia invading poor, little Ukraine is against freedom and democracy.

Before we send our sons and daughters to die again for tired slogans, let’s wonder for at least a moment if those slogans are correct, shall we?

The diggers who fought in World War I fought for the British Empire against the dastardly Turk and wicked Hun. Only after they came back did the ‘dying for freedom’ narrative get going. It was a consolation for the utter wastefulness of the conflict.

It wasn’t a waste for the imperial elites, however. The Anglo-American globalist elite, present already with their ideology of global liberal empire before the war, used the conflict to create the League of Nations. Globalism 1.0.

The chocko volunteers who fought the Japs in 1942 had perhaps the best justification for fighting, although why the Europeans and Americans had built up an East Asian nation economically and militarily has never been satisfactorily explained by those elites.

Them doing it again with China in recent decades is inexcusable.

Were the Aussies fighting for freedom and democracy against Japan? No. They were fighting for the women and children back home. The slogans being used by politicians had no meaning for them as they faced machine guns in the Asian jungle.

The balance of power is being challenged as the global hegemon, the US, lurches from crisis to crisis under the fake leadership of a corrupt and creepy demented pedophile.

So now we get the Third World War, and because we didn’t learn the truth about previous conflicts in history lessons at school we’re falling for slogans and flag-waving all over again.

We have reached a point in history at which the international elites have become truly globalised. They have more in common with each other than they do with any of us. They don’t even see us as the same species.

They will fight this war to settle the pecking order between them, and then afterwards they will come together and praise peace after hundreds of millions of us or more are dead.

War is a game to them.

It has been thus ever since the first cities were built and the first armies were formed six thousand years ago.

At the highest levels of global power, there are no nations. There is only control.

The global elite now are confident that the tech singularity is at hand. SkyNet is here. The system of absolute efficiency which will enable them to do away with the peasantry once and for all.

They used to call it the New World Order. Now they’re calling it the Great Reset. It’s all the same thing. Their final victory in the war they’re really waging – against us.

It will be a multipolar world order with austerity forever for the peasants. Globalism 3.0.

No Russian ever taxed you or brainwashed your kids or got you fired for refusing a jab.

No Russian ever locked you in your house for two years for a flu.

No Russian treats you as common property to be disposed of at will.

The Russians are not your enemy.