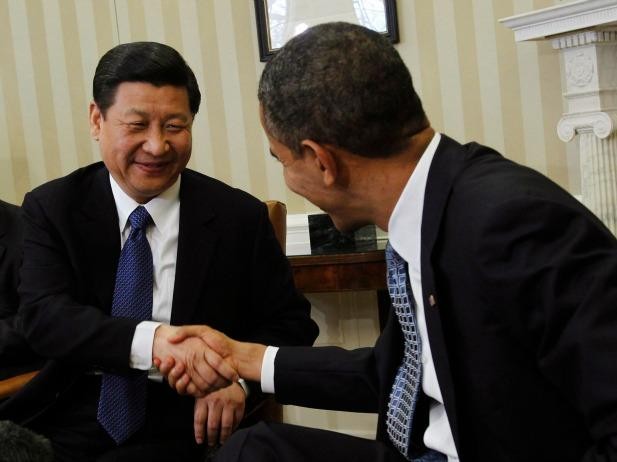 "The naïveté of President Obama in his deal with China on carbon emission reductions is jaw dropping. He has been played the fool by the wily Chinese who won't adhere to limiting any of their emissions despite saying all along that they are.

China has never had any intention of being a party to any reductions.

There will be no checks and balances and no regulation. It's an agreement that cannot be policed.
It is beyond belief that Obama has trusted the Chinese.

Of course Obama in his socialist rose colored glasses will abide by the agreement. Industries and the economy of the United States will ultimately be crippled whilst China, without limitations and their US main economic rival, will thrive and leave them in their dust.

China will become the world superpower by a country mile and the US will become just another bit player. The balance of power of the globe will change and there will be a new world order, one that isn't necessarily to the benefit of freedom or democracy.

This may have long-lasting implications for Australia. Our great ally and protector will be cut off at the knees and suddenly we may have new masters. One that we might not be overly keen to serve. Our future and lifestyles may be altered greatly.

All this because of Obama being sucked into a deal that was never really to be and his Administration too inexperienced to see it coming.

Incompetence like this is hard to fathom.  With all that has been said about Obama and he in his own words saying he wants to bring America down to the level of the rest of the world you almost have to wonder if this is deliberate.

Obama may have just given America his parting shot.

And the reduction in degrees in the world's temperature from this shonky deal? "zero".

Coal not Candles for Earth Hour