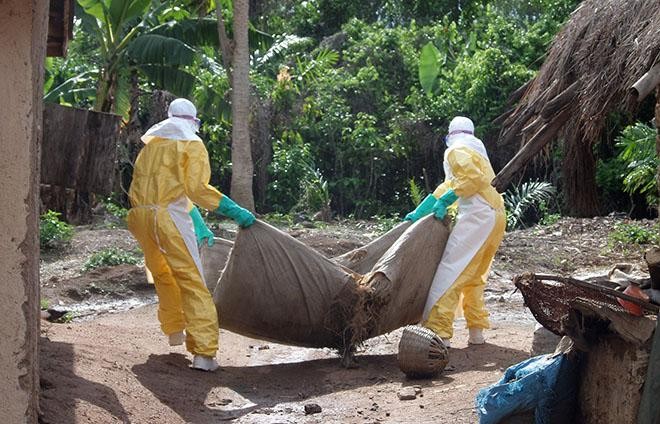 The Ebola outbreak in West Africa is no accident or play of hand by Mother Nature.

It is as deliberate as it is targeted. There are some major players around the globe that are real contenders as culprits in its release. All have the capability and all have enormous financial gains to be made from its outbreak.

The main suspects are major world governments, including the UN and giant pharmaceutical companies  owned by old world money that basically control governments around the globe.

There is enormous wealth to be made from major wars.

However, despite the very best efforts of those who have the most to gain from another global war, there has been relatively steady peace around the world since the end of World War II, with the exception of regular regional skirmishes.

Now, this ongoing stability is not working in either old world money or major governments’ best interests.

No government’s economic model can sustain the hugely growing global population.
This is obvious in the seemingly never ending recessively poor economies worldwide since the 2008 global financial crisis.

It has been eight years and recovery, particularly for the United States, does not look like a certainty. It still languishes in the depths of economic ruin and appears to be a crumbling empire at the end of its global domination.
Its economic woes continue to infect the rest of the world.

What they need is another war.

In the past, a world war soon followed such huge financial downturns. This formula soon sorted out both mass over-population with major direct and indirect war casualties and also made kings’ ransoms for the major powers and bolstered old world money that financed the wars and benefited from the new global situations.

However, with ongoing global stability and no new world war able to be manipulated, governments and these old world money makers need a new formula to press the world’s financial and population reset button.  Enter a deliberately manipulated global pandemic:

A deadly, virulent virus that could potentially kill hundreds of millions of people worldwide.

Deliberately and easily released in somewhat remote West Africa from government or pharmaceutical giants’ laboratory-stored supplies, it starts to spread sufficiently enough to gain worldwide media coverage but can be contained enough to initially allow the fear and panic of the virus to spread ahead of it across the globe.

What are governments’ public reactions to this panic? Spend hundreds of millions of dollars on medical treatments and supplies to "treat and contain" the spread.

This is all just window dressing of course.

Their friends and benefactors, old world money giants in pharmaceuticals, begin to reap a fortune and will continue to do so as it grows.

However governments know that the virus cannot be regionally contained and don't intend it to be.

The end fallout is the world’s over population problem is solved, economies are reset and geopolitical unrest and instability are resolved.

And who benefits from all of this?
As is always the case, to find the answer…
Just follow the money.

If you think this sounds far too evil to be realistic remember it was the old world Jewish bankers that financed the Nazis.