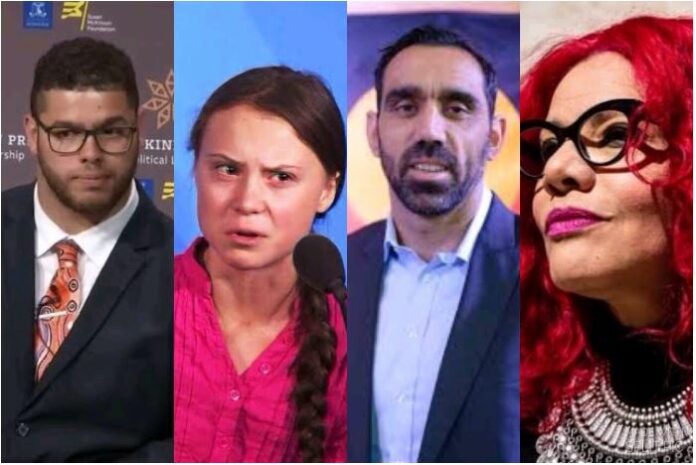 None of theme are straight, white, able-bodied men.

It really is as crass as that, but it is an observation we make in response to a cynical decision made by others.

There are plenty more who could have made the list but didn’t due to conventions dictating the length of a headline; Naruka Gorrie, Clementine Ford, Yassmin Abdel-Magied and Waleed AlyCastle, Julia Gillard, Hillary Clinton, Barack Obama, the Squad, Emma González, David Hogg. (Feel free to add more names to this list.)

Ok, so David Hogg is a straight white male (barely), but he is still a victim, and this is the point.

Every person on this list represents at least one Designated Victim Group TM. The left and the globalist MSM choose these people as representatives of far left issues such as  climate change, feminism, gun confiscation and the demographic replacement of European people in their own homelands.

Said representative then says something over the top, insulting, homicidal or genocidal. Good, ordinary people respond with anger and derision to said comments and actions.

The far left and the globalist MSM portray good, ordinary people as racist, homophobic, islamophobic, deplorable, you name it, for their perfectly natural reaction.

Those caught opining-while-straight-white-male are condemned in the court of public opinion and are forced to apologise.

It is a genius bait and switch, and it is how the left normalises their crazy ideas. They attribute a generalised guilt to all Europeans for which we must abandon our identity and give up our homelands in atonement.

From there, people like Yassmin Abdel-Magied and Waleed Aly personalise this invented collective guilt and are used as shock weapons whenever an issue is deliberately inflamed.

Greta Thunberg gives an immature, autistic speech to the UN telling us we have destroyed her future, we respond by pointing out that environmental fanatics are exploiting a girl who has mental issues, the far left accuse us of picking on a girl with mental issues.

Adam Goodes tells us we’re on aboriginal land, calls the Australian Constitution racist, internationally humiliates a teenage girl and makes aggressive gestures at opposition fans, we boo him, but we’re the racists.

Mona Eltahawy, Naruka Gorrie and Clementine Ford use a taxpayer funded platform to amplify their fantasies about killing white men, we call them names but we’re the sexists.

Jordon Steele-John is a disability-rights activist who has cerebral paulsy and is a Federal Greens MP, who has openly stated that the “era of the dominant, white, able-bodied man is over”, and who recently claimed that government MP’s who rightly oppose climate change hysteria are “arsonists“.

This is despite the fact that it is his own party which bares much of the blame for the catastrophic bushfires which are becoming a regular occurrence in Australia thanks to restrictions placed on back burning and scrub clearing.

But is anybody prepared to take a pot shot at this guy?

I think you get my point.

It is at this moment that civic nationalists will tell us that the real problem is all those socialist, SJW white lefties.

We white people have done this to ourselves, so what we need are more based immigrants who love our values to sure up Western civilisation.

Furthermore, we should explode the heads of leftists by turning their obsession with intersectional politics against them and send out women, homosexuals and non-white people to fight the culture war for us.

This directly contradicts actual voting patterns of immigrants, and it completely ignores the left’s and the political eatablishment’s treatment of Ann Coulter, Milo Yiannopoulos and Ayaan Hirsi-Ali, or any of their ilk who dare to leave the plantation.

The most visceral example of this is the fact that Alan Kurdi became the reason why Europeans should accept their replacement by Africans and “Syrian War refugees”.

(Alan Kurdi was the toddler who drowned when his family tried to reach Europe illegally in an overcrowded inflatable raft with fake life Jackets. They blamed Europeans for having borders, not the Muslims they were fleeing from. His death was used to guilt trip White people to open their borders).

Ebba Akerlund on the other hand has been forgotten, and any mention of her is more likely to have you associated with an incident in New Zealand.

Our response should be a complete rejection of the left’s game. Never apologise, always escalate. Straight white men should speak openly in defence of our people and our ideas.

We need to uncuck our fellow white people, especially our Anglo-Celtic brothers who have been subject to the left’s propaganda the longest.

We should uncuck our Christian brothers and turn them from their obsession with politically correct virtue signalling and blind support for a foreign power.

We should champion God, our nations and our families. When the left attacks or subverts these pillars of our civilisation we condemn them for it and brook no opposition.

This is the one lesson we can learn from the left. We fight for God, our nations and our families with even more fanaticism than that with which the globalists and the left fight against them.

And we show no mercy. 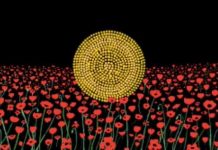 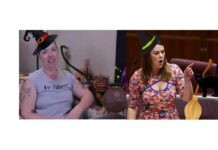