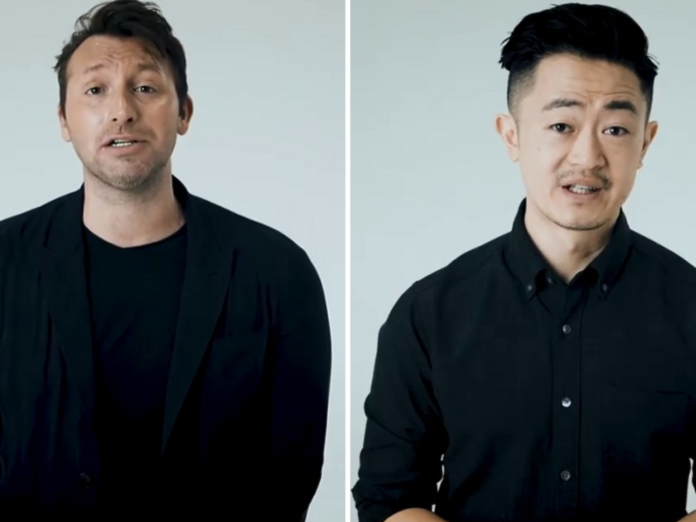 Sticks and stones – you know the rest. Since when did Ian Thorpe and Lauren Jackson get so whiny?

“What constitutes discrimination today, will be okay tomorrow.”

Notice the sleight of hand. If you can’t cop it, don’t dish it out. During the homosexual marriage postal vote debate we were repeatedly told that any concern regarding freedom of conscience was a slippery slope argument, and hence false.

Yet Law’s statement carries the assumption that the legalisation of gay marriage already prevents anybody from openly expressing their opposition to it.

“It’s not okay for a manager to tell us that we are oppressed by our faith because we are woman (sic)”.

She actually said “woman”, not “women”. 27 takes and that was the best they got.

Intersectionality may well be a double-edged sword but at the end of the day, the totalitarian Left are just going to outlaw you pointing out their own contradictions.

Better to renew our Christian faith and place expectations on women to dress and behave modestly again.

The fact that Islam still does this, is why Churchianity is withering and Mohammed is the most popular name for youngsters in Great Britain.

The most demonic moment occurs when single Father “Ben” states:

“It’s not okay for a teacher to tell either of my two daughters that my ex-wife and I are still married in God’s eyes.”

They want to criminalise a statement of standard Catholic doctrine. Got it.

Keep in mind that this propaganda ad is designed to cement the cultural gains made by the left in the wake of the legalisation of botty marriage, while it openly attacks heterosexual marriage.

The parasitic elites in this ad complain that the proposed bill will divide us, yet that is precisely what Cultural Marxists have been doing to us for a century. Diversity means division.

The imprisonment of anybody opposed to the totalitarian Left wing agenda isn’t even close to where this is all headed.

As the decision against David Leyonhjelm demonstrated, judges already believe it is within their power to read the mind of a defendant to discern whether their statements are prejudiced by unconscious bias.

This is headed in the direction of mass imprisonment, mass murder of Christians and State mandated homosexuality. Followed by a very brutal war.

The irony of all this is that I don’t actually support a Religious Discrimination Bill either. We have too many laws already infringing our liberty, most of which should go.

In the current politically correct climate and with our treacherous judicial system, its adoption would merely be hijacked by the followers of foreign religions to further restrict our freedom.