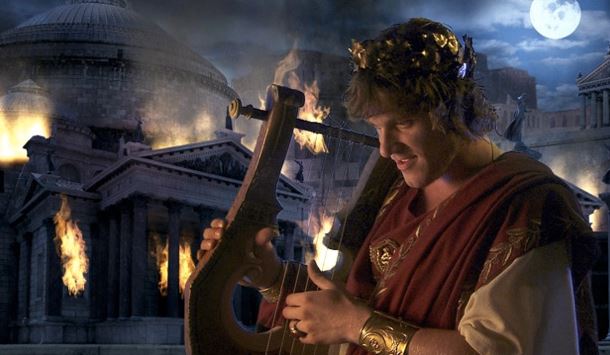 I discovered through the grapevine, an essay by Sir John Glubb entitled The Fate of Empires and Search for Survival. It is only 25 pages and is easy to read. Sir John served the British Army in World War 1 and as an administrator of British held territory in the Middle East. His essay compared the life cycle of 11 nations/empires and made three conclusions.

Firstly, the average lifespan of any nation which becomes predominant regionally or globally is 250 years, roughly ten generations.

Thirdly, this pattern has occurred over the course of 3000 years and remains unchanged by race, religion, region, climate or technology.

A passage which screamed out at me was Glubb’s summary of the Arab decline in the ninth century. Below is a lengthy cut and paste, and I have highlighted the most astounding moments. I will follow this with my own thoughts.

WE WILL ALWAYS NEED AN ARK

I have to admit, I chuckled. “Progressive” is merely a word which degenerates who have no concept of their dire predicament call themselves.

This essay was published I believe in the 1970’s. How much longer do you think we can hold up? What to do? Will we ever break out of this cycle? Can we?

Two of the earliest stories in the Bible are the stories of The Flood and The Destruction of Sodom and Gomorrah. In each case, God warned a single righteous family that he was going to destroy their world due to its immorality.

In the first case the family built an ark, in the second they fled. The fact that these stories are placed so early in the Bible makes them foundational, archetypal. Indeed the very first story, that of Adam and Eve, is the story of how we were caste out of our first home, Eden, due to our own sin.

This makes the story of rise and fall, of protecting one’s family and relocating to a new homeland to start anew, one of the most fundamental characteristics of human experience.

WHAT SHOULD WE DO?

The ultimate goal of our own political activism should thus be to secure the continued existence of our families, of our people. In Europe, particularly Central and Eastern Europe, it looks likely that our people will regain control of governments and steer away from collapse. The end of the Cold War may be the start of the outburst stage for Eastern Europe and the collapse stage for the West.

Here in the colonies, the globalist forces appear more entrenched and the immigrant foreign invasion is more advanced. The so-called “Democratic system” is rigged against us, and as was shown with the marginalisation of Fraser Anning in Australia and the deep state war against Donald Trump in America, this system will not allow any voice of the native European people to be heard.

Australia was founded in 1788, America in 1776 (and we can quibble that both were founded earlier.)  That 250 year mark is coming up awfully fast.

Our strategy therefore should be to create arks, fortresses, to build strong families and communities of Real Australians (and Real Americans).

That way, we can stay alive and defend ourselves when civilisation collapses around us or the occupation of our countries is made a little more formal.

To the extent that we focus on political action to change the zeitgeist or to even get another voice in parliament, it should be with the understanding that we are making our people aware of what stage in the life cycle of nations we are at, and to prepare accordingly.

THE LADY IS ALL CLASS

FOR THOSE WHO MISSED IT, BOB’S RESPONSE TO BILL SHORTEN’S PLEDGE...