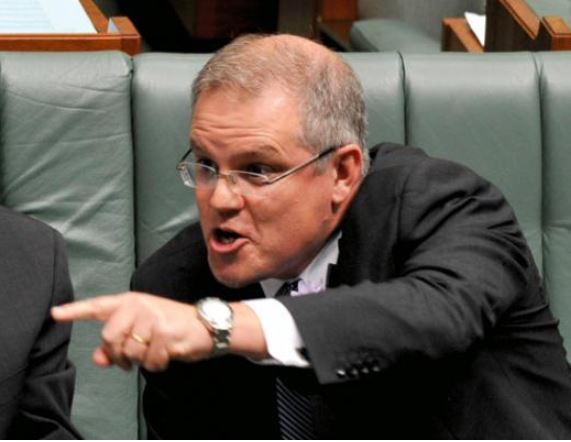 They must go back.

People visiting Australia or foreign students who are unable to support themselves due to the coronavirus crisis should go home, Prime Minister Scott Morrison says.

He said the country must focus at present on its citizens and residents.

“These (student) visas, and those who are in Australia under various visa arrangements, they are obviously not held here compulsorily,” he told reporters in Canberra today after a National Cabinet meeting with state and territory leaders.

“Not held here compulsorily.” Love the framing, Morrison. Even I am impressed.

“If they are not in a position to support themselves then there is the alternative for them to return to their home countries.

“We still have quite a number of people who are here on visitor visas.

“As much as it is lovely to have visitors to Australia in good times, at times like this if you’re a visitor in this country, it is time, as it has been now for some while – and I know many visitors have – to make your way home and to ensure that you can receive the supports that are available … in your home countries.”

75 years late but better late than never. Contrary to the opinion of globalist shills Alan Kohler and Gordon Brown, the China coronavirus is not a global problem that requires a global solution – code for One World Government – but instead is a global problem which requires nationalist solutions.  Next on the cards should be the policy of remigration.

I also found the following quite interesting:

Mr Morrison said anyone in Australia from overseas who wanted to work in fruit picking and other such seasonal agricultural employment would be required to self-isolate for 14 days before travelling to “another part of the country”.

He said it was to avoid a “lift up of the virus” from metropolitan areas, where it is more prevalent, to “more vulnerable” rural or regional areas.

He said accommodation for workers must also adhere to strict health and social distancing requirements.

“You can’t have six backpackers in a caravan up out in rural parts of the country,” Mr Morrison said.

“That’s not on. Not going to happen.”

This is a tremendous idea. To streamline the process, the government should consider establishing guest camps for our foreign guests.

Our foreign guests could stay in said guest camps in order to concentrate them into one particular area, help reduce the spread of infection, and make treatment and disinfection easier on the off chance some of them are carrying the Diversity Flu.