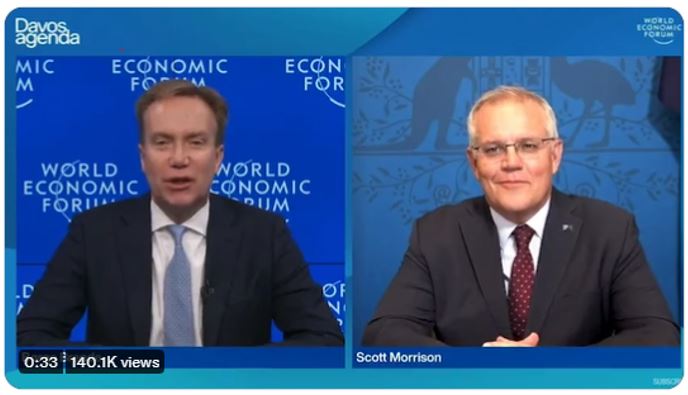 The Liberal Party was reelected in 2019 specifically because the Labor Party’s environment policy was downright insane and would destroy our economy.

Morrison’s commitment to “net zero” is essentially the same policy, if not worse.

Knowing that the World Economic Forum is keen to transform the world’s energy infrastructure, ie send us back to the Stone Age, and knowing that Morrison had already allowed the State Premiers to implement Covid Tyranny while pretending to look like the good guy, we reasoned that he was likely taking orders from international institutions rather than listening to his own constituency.

This makes the following clip, of a WEF spokesperson congratulating ScoMo for pushing along Australia’s “digital transformation” and “energy transformation”, very interesting.

Look at that smirk.

They are determined to implement their Great Reset, a policy which nobody wants and nobody asked for.