I swear I’ve changed. I’ll never do it again. I’m different now. Can’t we just go back to the way it was before? I promise it will be better now.

Despite rumours to the contrary, Police Minister Lisa Neville has not eaten herself to death, however she has indeed let herself go.

It is April 2022 and Victoria Police want to pretend that 2020 and 2021 never happened. The main points from the video above are as follows:

Naturally, they have been absolutely slammed.

It is ironic that both Victoria Police and the Lying Press finally admit that their actions were “unpopular”.

For two years the Media would present the footage from the responses above and tell us that the police were acting reasonably against violent fringe extremists. Only now that it’s all over do they admit that it was perhaps a little over the top.

Furthermore, the failure of the Lying Press to hold Victoria Police to account for their brutality was a key factor in its escalation – there was literally nothing holding them back, they were actually encouraged to be as violent as they wanted, safe in the knowledge there would be no consequences for their actions.

Victoria Police must understand then, there is no coming back from this. There is no way they will be given our trust ever again. They think they can rebuild trust by putting more officers back on the beat, but this is the last thing any Victorian wants to see.

We never want to see police on our streets ever again. Aside from putting Daniel Andrews and his cronies on trial for warcrimes, Victoria Police must be completely disbanded. Victoria must never have a police force ever again. We can rely on neighbourhood watch groups and militias to maintain law and order.

The final question then rests on what to do with the police officers themselves.

One of the most insulting aspects of their dark craft last year was their programmed responses whenever peaceful protesters tried to reason with them. Officers would say something along the lines of “I don’t like the lockdowns either, I just want them to be over, but I’m just doing my job, I don’t have any other skills and I’ve got a family to feed.”

It was all gaslighting. They were trained to say that. If they had any morals whatsoever they would have quit.

Guess what then, Victoria Police officers. I know you read this. You will never be able to feed your family.

Every Victorian should do the same. Refuse to serve them food. Refuse them medical treatment. Refuse to work for them. Refuse to employ them. Do not speak to them, do not even look at them, whether they are working or off duty. Make them invisible.

Cancel every member of Victoria Police.

Drive them into poverty and homelessness. Banish them. They will be punished for the rest of their lives.

There must be no forgiveness. 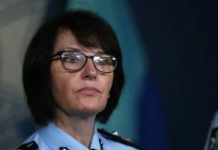 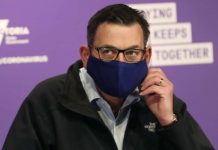 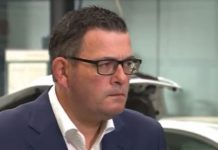 TRUTH VS. FICTION: A COMPARISON BETWEEN MARICOPA COUNTY BOARD OF SUPERVISORS’...