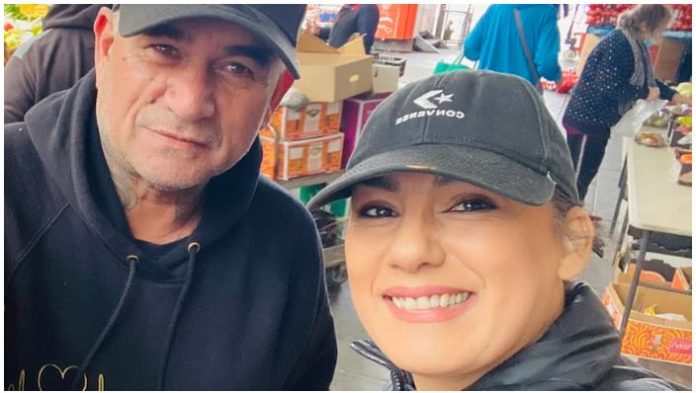 One of Australia’s most odious individuals has well and truly had some comeuppance:

Greens senator Lidia Thorpe has resigned as the party’s deputy leader in the Senate.

The ABC revealed earlier on Thursday that Senator Thorpe “briefly dated” the ex-president of the Victorian Rebels outlaw motorcycle gang, Dean Martin, while sitting on a parliamentary law enforcement committee.

Senator Thorpe acknowledged she did not disclose the relationship to Mr Bandt.

Within an hour of the ABC’s report, Mr Bandt called a press conference where he repeated that he was unaware of the matter until contacted by the ABC.

He said Senator Thorpe should have disclosed her connection to Mr Martin and the failure to do so showed a “significant lack of judgement”.

“Senator Thorpe had an important role not only as our justice spokesperson but on the law enforcement committee,” Mr Bandt said.

“Her friendship could be perceived as an issue given her work as a senator, especially on those committees.

“It was clear that this could be perceived as affecting her work.”

Mr Bandt asked for Senator Thorpe’s resignation from the leadership team, and said it had been received.

Let’s summarise just how extraordinary this is:

Point one should automatically disqualify Thorpe from office, (not to mention several others.) However Bandt’s weasel words that “her friendship could be perceived as an issue given her work as a senator, especially on those committees” are a deliberate understatement.

This constitutes a direct conflict of interest. Lidia Thorpe must be investigated by the Australian Federal Police and be forced to resign from parliament.

This matter becomes even more severe when we consider the highly charged racial politics under which Australia now suffers and for which Lidia Thorpe bears much responsibility.

In this year alone Thorpe described herself as an ”infiltrator” on behalf of the aboriginal people into what she believes is an illegitimate parliament; she was involved in a violent protest advocating for illegal immigrants and rapists; and she openly mocked the British heritage of Australia’s parliament upon her swearing in, during which she performed a terrorist black power salute while wearing an expensive designer outfit.

Astoundingly, Thorpe has called for legitimate political protest by pro-White advocates to be pursued as though it were a criminal matter, claiming that she does not feel safe in response to peaceful protests against aboriginal identity politics. She even pressured the head of ASIO, Mike Burgess to go after her political opponents.

This point cannot be emphasised enough. Pro-White advocacy groups in Australia and across the West are characterised by political elites as violent criminals, and efforts are ongoing to categorise our advocacy as terrorism. By contrast, Lidia Thorpe is by definition a violent far left extremist, with possible links to alleged criminal syndicates.

Given the revelations of Thorpe’s possible criminal connections, ordinary Australians are justified in fearing for their safety while this person sits in parliament. Given her role in a parliamentary law enforcement committee, a thorough investigation must be conducted to determine the extent to which Australia’s criminal justice system has been politicised by far left violent extremism.