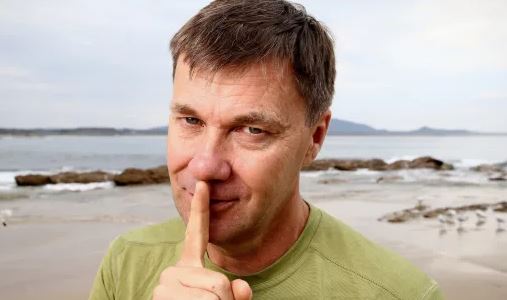 The biggest scandal to hit the Daniel Andrews government so far has just gone nuclear.

So-called “preferences whisperer” Glenn Druery has been exposed in a video boasting that he set up the “Restore Democracy Sack Dan Andrews Party” as a front group with which to funnel votes away from One Nation, the United Australia Party and the Freedom Party:

Mr Druery explains in one video that he charged $55,000 to minor parties for optimising their preferences in order to win seats in Victoria’s upper house.

He said he helped set up the Sack Dan Andrews party to draw preference votes away from other parties.

In a fuller video he boasts how he runs his business to practically ensure that the minor parties elected are ‘his guys’, so the Labor Party can deal more easily with the upper house to push its agenda through.

Mr Druery also said that the Labor government has been unwilling to reform the voting system because it currently keeps their opponents at bay.

“The conversation is: I want you to be able to govern and I will help you find a pathway forward. Of course if you announce straight away that you’re going to get rid of the GVT, the crossbench will become a very, very cross bench,” he said.

“The rest I control. Everybody … I’ve got more balls in the air than a vasectomy doctor.”

The “loophole” he exploits is Group Voting Tickets:

Victoria is the only state to still allow group voting tickets (GVT) — a system where parties allocate preference for voters who number the upper house ballot paper above the line.

It has led to complex and secretive deals between micro parties to harvest preferences in order to get elected with minuscule primary votes.

Pressure has mounted for a decade to reform this system without success, because it suits the Andrews Regime:

Across Victoria a record 22 groups are contesting a spot in the upper house.

The latter group, he said, includes Clive Palmer’s United Australia, the Freedom party and One Nation.

“With this group there’s been no big complex arrangement, where they all meet up in a room and decide who’s going to win in what region,” Raue said.

“It appears they’ve made one-on-one deals with each other.”

Rest assured that if parties which genuinely advocated for liberty, an end to Covid Tyranny and for giving Australians a voice regarding replacement immigration utilised Group Voting Tickets more effectively, the system would be reformed in a microsecond.

Back to the main revelation, Druery’s setting up of the Sack Dan Andrews Party as a front group is clearly and deliberately misleading.

It is straight up fraud, it’s criminal.

As XYZ News has reported, the hatred against Daniel Andrews for Covid Tyranny is off the charts. It is completely reasonable to expect that a large proportion of voters would have voted for the Sack Dan Andrews Party because they want to sack Dan Andrews. This is unabashed voter fraud and it could very well decide the balance of the upper house.

The insane thing is, it doesn’t look like anybody is going to jail for this:

Glenn Druery, dubbed the “preference whisperer”, has made a business out of doing preference deals for minor parties in exchange for payments.

It is not illegal.

If only you knew how bad things really were. Guess who one of Druery’s clients was?

At the last election, Rod Barton from the Transport Matters Party was elected to the Eastern Metropolitan Region with just 0.6 per cent of the primary vote. The Liberal Democrats received a similar victory.

Rod Barton is the guy who let Daniel Andrews pass the Pandemic Bill in 2021, which allowed him to extend Covid Tyranny in Victoria for months, and could still be used to reimpose it at any time.

Glenn Druery isn’t simply gaming the system for profit, he is directly aiding and abetting the most corrupt and totalitarian regime Victoria has ever seen.

He is a key player in the system that allowed Daniel Andrews to do all of this:

There is a reason why Victorians, when they broke through police lines outside Parliament House during the lockdowns, did not storm Parliament itself.

They calculated that if all else failed, they would be able to vote Daniel Andrews out at the next election. November 2022 was a long way off, but people were prepared to wait.

What this demonstrates is that in Victoria, elections are just as fake and gay as they are in every other country beholden to the American Empire. A revolution is currently underway in Brazil (not that the Lying Press would tell you) with millions of people marching for days in protest against the rigged election which ousted their President Jair Bolsonaro.

If Daniel Andrews somehow manages to pull off a victory in the Victorian election on November 26, you can rest assured that millions of Victorians will view him as an illegitimate winner. If that happens they could make January 6 look like a picnic.