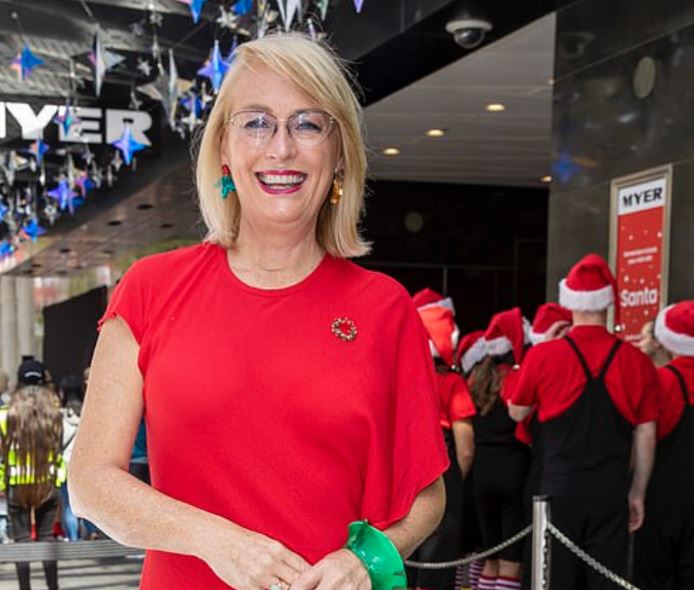 The mayor of the Australian city that suffered through the most lockdowns during Covid-19 is under fire for arguing the pandemic was ‘good for’ her city.

Sally Capp, the Lord Mayor of Melbourne, made her views clear in a speech due to be delivered in the city on Friday.

‘There aren’t many who will stand in front of a crowd like this and say Covid has been good for anything or anyone,’ Ms Capp is expected to say at the TEDxMelbourne event in pre-released remarks.

Would a kick in the testicles be out of the question?

With absolutely no pushback from either the government, the top brass or the Lying Press, Victoria Police were completely out of control. If the lockdowns had continued a few weeks more they likely would have killed somebody.

Ms Capp claims economic activity in Melbourne has recovered to pre-pandemic levels and will total $150billion by 2031.

‘Now that’s what I call lockdown to boomtown,’ Ms Capp will say in the speech.
‘Melbourne has emerged bruised, but bolder and braver because of it all.

‘It’s thanks to the debilitating impacts of Covid, the 262 days as a broken city and community, that we have achieved the seemingly impossible, pirouetted, taken risks, dreamed big and accelerated progress,’ she states in the speech.

‘There was nothing good that came out of Covid,’ Victorian Chamber of Commerce and Industry chief Paul Guerra told the Herald-Sun.

‘I don’t think there would be a single business owner out there that would even remotely think that Covid has been good.

‘We couldn’t access the city for extended periods, hotels were basically at zero occupancy, restaurants and pubs closed, hairdressers and other specialty retailers closed, people lost their jobs.

‘There was nothing good that came out of Covid. People died, people got sick, our lives changed, business collapsed, it was bloody scary.’

Melbourne was a shithole before Covid, and the lockdowns destroyed its image forever, both locally and internationally. Our CBD and vaste swathes of the suburbs are now completely full of Chinese, Indians, Arabs and Africans, but the only way these economic dunces can maintain economic growth is if they trick more of them into coming here. This woman is desperate to lure foreign capital and migrants back to the city so our elites can continue the mass immigration economic Ponzi scheme.

However, her language indicates her contempt for the people she is supposed to represent, ie the people who already live here:

The theme of the TEDx event is ‘Kintsugi: From Broken to Beautiful – explore how our scars, visible or invisible, make us, and the world, stronger and more beautiful.’

Contacted by Daily Mail Australia, a spokesperson for the lord mayor said her speech deals with how the pandemic affected Melbourne ‘for an international audience’.

‘She reflects on the devastation of lockdowns and restrictions, the pain they caused and how these experiences have made Melburnians more resilient,’ the spokesperson said.

‘The Lord Mayor details how Melbourne is bouncing back and explains the work being done to make Melbourne a more vibrant, inclusive and sustainable city.’

It is the thing to remember about the official  policy of multiculturalism and mass immigration. It means that by definition our elected leaders do not represent us, they instead place more value on the people they want to bring here to keep the economy going. They need to make it look as though we like it, otherwise nobody would come here and their entire grift would collapse.

This system is so absurd that the people running it and benefitting from it must completely deny reality to pull it off.