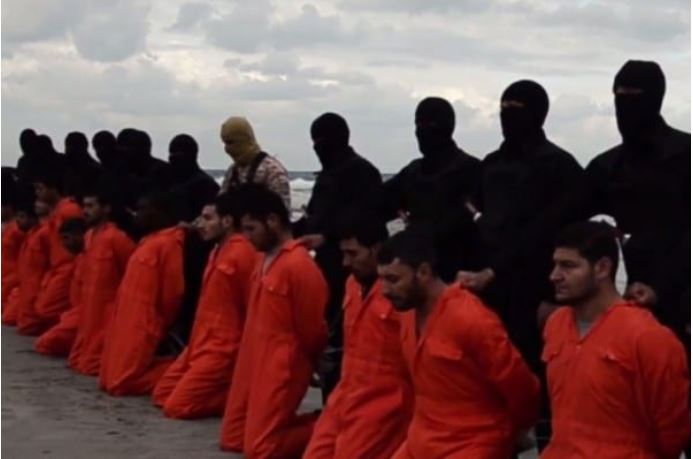 We humans need words in order to think.

Anthropologists have found that when a language doesn’t have a word for a certain colour–orange, let’s say; or turquoise–people who speak that language don’t ‘see’ that colour; they don’t recognize it as distinct.

Something orange is simply ‘red’. If they’re shown an orange ball, for example, and then they’re shown that orange ball again next to a red one, they can’t tell which of the two they saw earlier; in their minds both are ‘red’, and the difference in a colour with no name doesn’t register.

I see this happening in the West over and over in regard to Islam. We simply don’t have a word that represents an ideological-system-with-religious-overlay-that-calls-for-death-cruelty-slavery-dominance-and-violent-world-conquest. So, we call it a ‘religion’–because that’s the word we have.

Once it is a ‘religion’, we can no longer differentiate it from all the other ‘religions’–even though it’s orange and all the rest are red.

Even though it is brutal and death-dealing and the others call for compassion, peace, understanding and reverence for life.

So now that it’s a ‘religion’ in our language, we afford it the things we grant all the real religions: tolerance, respect, protection of its laws and customs, the right to unlimited immigration into our home.

We refuse to recognize all the ways in which it differs, even radically–even to the point of being diametrically opposite.

We pretend that its call to forcibly convert all the rest of us by the sword, to subordinate us, to take over our Constitution and our form of government and our rule of law and impose its totalitarian diktat in their places isn’t really there, and does not pose any threat.

We castigate those who have learned to recognise the different colour, the different kind of animal that Islam is from all the other things we call religions; we punish and condemn them when they speak the truth. 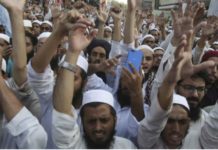