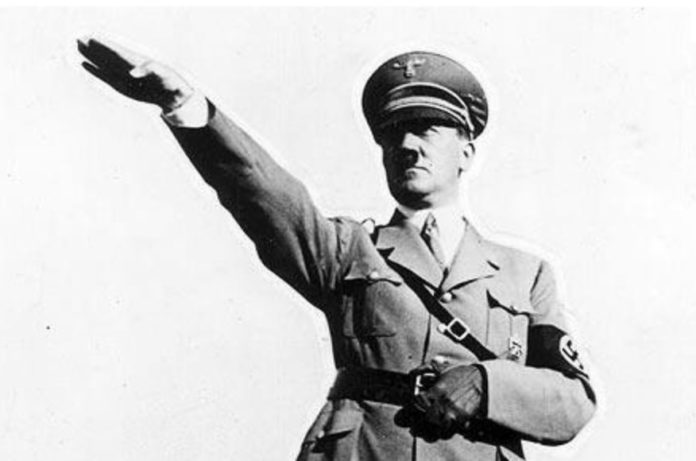 A common tactic of the left is to use ”Hitler” or “Nazi” or “fascist” as terms of abuse.  Trump and his supporters had these terms thrown at them all the time.

Here in Australia, leftists use them on social media to demonize common or garden conservatives.

What is perceived to be the “centre” today has moved way left over recent decades.

This has exposed ordinary, decent people who don’t want to destroy civilization as we know it to absurdly abusive terms such as “right wing extremists” or “Nazis.”

Commonly in what passes for political debate, the more a conservative advances factual arguments destroying the leftist’s narrative, the quicker hardline leftists will trot out terms like “Nazi” or “Hitler,” in expectation that this will somehow win the debate.

It doesn’t, of course:  it just shows them up as incapable of engaging with logic and facts.

The idea that fascist means right and communist means left is a delusion, a myth.

BOTH were socialist and believed that individuals had no rights other than as servants and objects of the state.

The Bolsheviks were international socialists (“Workers of the world, unite”) ;  the fascists (Mussolini and a bit later Hitler) were national socialists, concerned with advancing the interests of their own countries.

Both were totalitarian, sharing the same baseline ethic that the end justifies the means.  (Islam, another totalitarian ideology, believes the same.)

Fascism originated in Italy around the time of the First World War, with Mussolini.  He supported the need to overthrow decadent liberal democracy and capitalism by violent, direct action, general strike and Machiavellian appeals to emotion.

Mussolini was originally in the Italian Socialist party, but he left this group and focused on “revolutionary nationalism” transcending class lines.

“Class cannot destroy the nation.  Class reveals itself as a collection of interests—but the nation is a history of sentiments, traditions, language, culture, and race. … The class struggle is a vain formula, without effect and consequence wherever one finds a people that has not integrated itself into its proper linguistic and racial confines — where the national problem has not been definitely resolved.”

His Italian irredentism – desire to expand Italy into its ‘rightful” borders – is a precursor of Hitler’s call for Germany to acquire Lebensraum – living room – by taking territory from the Poles and Czechs to the east.

Both Mussolini and Hitler regarded the Slavs (Yugoslavs, Poles and Russians) as subhuman and displaceable.

After coming to power in 1922, Mussolini established a one-party dictatorship and started to build an Italian empire in Africa.

Unlike Hitler’s Nazi Germany, the ideology of Italian Fascism did not originally discriminate against the Italian-Jewish community.

National Socialism (Nazism) was a nationalist redefinition of socialism, as an alternative to both Marxist international socialism and free-market capitalism.

It rejected the Marxist concepts of class conflict and universal equality.

It opposed cosmopolitan internationalism and sought to subordinate all parts of German society to the “common good”, making political interests the main priority.

The outlook was collectivism or communitarianism rather than economic socialism.

Nazism denied citizenship to Jews or those of Jewish descent.  It also strongly emphasized eugenics, a racial ideology concerned with the biological improvement of the German people by selective breeding of “Nordic” or “Aryan” traits.

“For all genuine National-Socialists there is only one doctrine:   PEOPLE AND FATHERLAND.   … We, National Socialists, must stick firmly to the aim that we have set for our foreign policy; namely, that the German people must be assured the territorial area which is necessary for it to exist on this earth.”

Hitler was evil, he was responsible for millions of deaths.

He did, however, create universal health care;  gave free homes to homeless Germans;  and eliminated poverty and hunger among Germans.

While the rest of western Europe was still in the Great Depression, he achieved almost full employment in Germany by 1936 and embraced an ambitious autobahn construction project.

He placed great emphasis on education, but believed that its ultimate purpose was indoctrination to make citizens conscious of the glory of country and filled with fanatical devotion to the national cause.

The Chinese Communist party today under President Xi is pursuing exactly the same agenda, and making use of its large overseas diaspora to subvert institutions in countries like Australia and the United States and advance the Chinese Communist Party’s interests.

Why do conservatives today get called fascists or Nazis, and why are Nazis regarded as “right wing”?

In the 1930s, a group of immensely influential Marxist theorists, mostly from the Frankfurt School in Hitler’s Germany, were transplanted to Columbia University.

Led by Theodor Adorno, Max Horkheimer, Erich Fromm, and Herbert Marcuse, they tried to explain why fascism had been more popular than communism in much of Europe.

They described Nazism and Fascism as a form of mass psychosis.  Since Marxism had to be superior to its alternatives, anyone who disagreed with them was quite literally, mad.

Adorno was the lead author of The Authoritarian Personality, published in 1950.  The book asserted that people holding “conservative” views scored higher on the so-called F-scale (F for Fascism) and were hence in dire need of therapy.

Conservatives were diagnosed as a pre-fascist “personality type” comprising mostly “the uninformed, the poorly educated, and less intelligent.”  Conservatism was at best the human face of the madness of Nazi-style fascism.

The original Marxist explanation of fascism was that it was the capitalist ruling classes’ reaction to the threat of the ascendancy of the working classes.

The Frankfurt School said that fascism was a psychological defence mechanism against change generally.

Men who cannot handle “progress” respond violently because they have “authoritarian personalities.”

So in effect, anyone who disagreed with the aims, scope and methods of progressivism was suffering from a mental defect, commonly known as fascism.

This created the image of fascism as “right wing,” when in fact it was a Big State totalitarianism – the very opposite of conservative.

The Fascists of the 1920s and 1930s eventually morphed, in the West, into today’s “progressives” – believers that everything has to be surrendered to and managed by the Big State.  Nowhere is this more apparent than in the takeover of the US Democratic Party.

Smaller groups, like the Australian Greens (masquerading as “environmentalists” but in fact anything but that), are similarly totalitarian in their policy prescriptions and hatred for social and political conservatism and patriotism.

Hillary Clinton certainly echoes Hitler, Stalin and Xi in her book It takes a Village:   “I believe the primary role of the state is to teach, train and raise children.  Parents have a secondary role.”

The fact that Hitler and the Nazis are constantly demonized, whilst Communists are not is absurd.

The record of communism is, in fact, far worse than than the terror of the Nazis. Many more millions of people were killed, enslaved, persecuted and sent to gulags, than the Nazis ever managed.

Estimates of the number of deaths caused by Communism in the twentieth century range up to close to 100 million.

“The Manure of History”

This appallingly callous attitude toward people comes directly out of communist thinking.  Antonio Gramsci was an Italian Marxist theorist and key originator of Cultural Marxism’s “long march through the institutions.”

He wrote in his Prison Notebooks:

“Nobody wished to be the ‘manure’ of history. But is it possible to plough without first manuring the land? So ploughmen and ‘manure’ are both necessary.”

Like Fascist Italy and Nazi Germany, the communist Soviet Union had an empire:

Communism has also lasted far longer and has inflicted itself upon more of the world.

North Korea has enslaved and impoverished its people.  Venezuela under Chavez and Maduro has been economically ruined.

Communism also presents a massive threat to the West toda, because Cultural Marxists have captured our schools, universities and public media.

Their products have also pushed a “woke” agenda on business boardrooms, many churches, and have made large inroads into even the “conservative” parties. The situation is very serious.

As a consequence, many young people in universities are shamefully calling for communism in one or other of its guises, as a way to create a future utopia.

They have the utter stupidity to believe the lie that “real communism has never been tried” so of course, next time, “we’ll get it right.”

The reality of Communism is simple:

So, don’t let the left get away with demonizing only Hitler and the Nazis!  Fight back and tell the truth about communism!

Posted with thanks from The Freedom and Heritage Society. 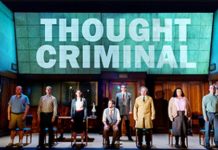 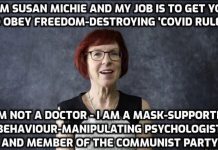 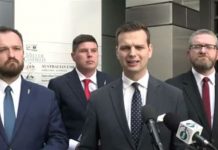 DON’T STRUGGLE, THIS VACCINE IS FOR YOUR OWN GOOD