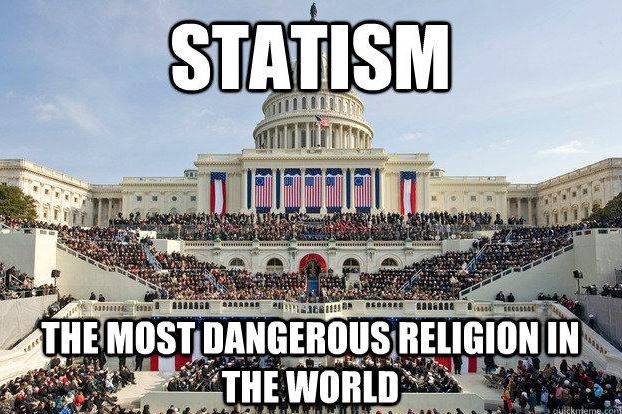 Martyn Iles, Chairman of the Australian Christian Lobby, was asked back in 2019 ,  “What is the greatest political threat in the West that nobody sees coming?”   After some reflection, he answered “communism.”   Today, on further reflection, he says “statism,” which is the more general term.

2019 was before the pandemic.  The Covid-19 pandemic has brought an enormous advance of statism in the West.  People have been surrendering more and more power to governments and “experts”, with governments using heavy handed police forces to coerce unimaginable losses of freedom and even body integrity.

Much of this has been imperceptible.  People, like sheep, have accepted more and more “necessary measures to protect us,” including mask mandates (despite evidence cited by many doctors that these are not effective) and vaccine mandates – despite now mountainous evidence that the experimental “vaccines” are causing many problems.

In Queensland, Anna Palaszczuk’s Labor government was reelected precisely because she keeps us safe.

In Victoria, the “I stand with Dan (Andrews)” crowd has acquiesced in sickening overreach of state power, including outrageous brutality of the Victorian police.

Over the past more than two years, we have seen the centralization of medicine.  This has included the drafting of doctors as public servants and forbidding them to discuss covid vaccines and treatment with their patients.

It’s been done in disregard of the Hippocratic Oath (“first, do no harm”) despite the mountain of evidence of adverse effects from the covid vaccines, both directly (including deaths) and compromise of the body’s natural immune system.

Test results by Pfizer and other producers have been deliberately suppressed.   Alternative treatments such as ivermectin and hydroxychloroquine, which don’t benefit Big Pharma, have been demonized and prohibited.   Doctors have been threatened with deregistration by APHRA (Australian Health Practitioner Regulation Agency) if they express misgivings or speak out against the government mandates, and quite a few now who have spoken out have lost their registration.

We have seen the callous use of power, including the arrest and charging of a pregnant mother in pyjamas in her own home for allegedly “inciting” disobedience to the totalitarian controls being imposed by Dan Andrews.   And the prolonged closure of borders between Australian states, preventing families from being reunited and preventing close relatives from visiting dying members in hospital.

The media – print, broadcast and social media – have been drafted as propagandists.   Big Tech has joined in with the public media to impose information censorship.  Facebook’s “fact checkers” are an obscene joke, reflecting their subservience not to the truth but to the economic interests of Big Pharma.

We Are Seeing A Massive Move Towards Oppressive Statism Like That Of The Bolsheviks, The Nazis And The Islamic State.

This ideology of the octopus Big State has been enjoying a subtle and quiet renaissance for some years now among leaders in intergovernmental bodies, lobbyists, mega corporations, high level activists and so forth.   Most of these people are just full-blown communists in new clothes.

The World Economic Forum headed by the megalomaniac Klaus Schwab is quite open about its plans to “reset” the West into a statist system which reduces all of us ordinary mortals to dependent slavery – “You will own nothing and you’ll be happy.”  They even write books and hold meetings about it.   South Australian Liberal Senator Alex Antic says, “You don’t have to be a political philosopher to figure out that if you own nothing, the state owns everything.  There’s a word for this.  It’s called Communism.”  Actually, it’s not quite the state:  it’s the elites themselves, who OWN the state, and just about all significant economic entities.

Klaus Schwab has boasted openly that his WEF has penetrated many Western governments.  Key acolytes include Justin Trudeau, in Canada, Jacinda Ardern in New Zealand, Emmanuel Macron in France, Jean-Claude Juncker, former Prime Minister of Luxembourg and President of the European Commission, Mark Rutte in the Netherlands and Volodimir Zelensky in Ukraine.

The WEF is cynically using “emergencies” to help the plan along.  It has piggybacked on the catastrophism from about 1970 onwards about overpopulation – Paul Erlich’s The Population Bomb (1971), the Club of Rome’s Limits to growth (1972),  global cooling, then global warming and now – after nearly 20 years of world temperatures not following the models’ predictions – the generic “climate change” (which covers everything:  droughts, floods, fires, freezes).

There’s plenty of evidence that the WEF and associated key players have been deliberately engineering “emergencies” and pushing panic as a way of getting the masses to comply with what is in reality a bid for total power by these unelected elites.

It is astounding how far governments across the Western world are now aligned with these plans.  But it shouldn’t be:  the WEF’s Young Global Leaders program is turning out large numbers of clones all singing from the same totalitarian songsheet.

Statism is an evil impulse.  Every incarnation of it – communism, socialism, fascism, Islamism –is horrifying.  It makes the state supreme, so that all things must submit to the State’s agenda – including truth.

Jacinda Ardern, Prime Minister of New Zealand, told the NZ electorate in March 2020  “we will continue to be your single source of truth.”  Considering how wrong the official narrative there and elsewhere in the world proved to be, this was a foretaste of Orwell’s Nineteen Eighty-Four.

If the truth challenges the state, or the agenda, it gets suppressed.   Where truth is suppressed, lies prevail.  And where lies prevail, there is only human misery and spiritual darkness.

Jacinda Ardern showed colossal lack of respect for her NZ citizens when she imposed severe restrictions on their freedom of choice and body integrity over the past two years and more. Paul Joseph Watson lampoons her past lack of respect, in the light of her very recent decision (mid-September 2022) to reverse all those restrictions and remove all vaccine mandates, in this amusing short video:

Far too many SHEEP  cannot see what is happening.

One generation may have thought they rejected Marxism.   But they didn’t see Cultural Marxism coming, and their children have embraced it.  [SEE SEPARATE POST: What is Cultural Marxism?] Not only children embraced it, but very many products of the education system, and consumers of the public media, both of which were long ago comprehensively captured by the left.   Look at the “woke” nonsense parroted and embodied in policies and practices of many large businesses, about climate change, racism, diversity and so on.  The mindset has invaded not only the Labor and Green parties, but also the attitudes and policy prescriptions of the “progressive” wings of supposedly conservative parties.

Too many even of the churches have been captured, so that the concept of social justice (which should include a strong element of personal responsibility) has morphed into redistributive government-imposed socialism.

Martyn Iles says, “Politically speaking, I am still struggling to think of a greater threat to the West than this.” 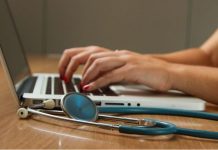