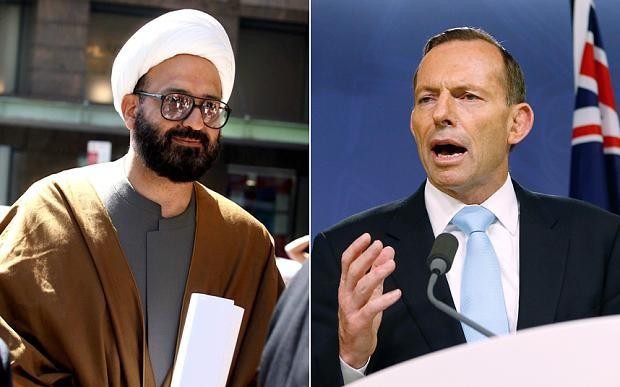 Australia has never been an "overly" racist country… we have had a few racist townships but that began after the 1960s when the do-gooders wanted to do "the right thing" and allow the indigenous peoples access to the grog… and we all know how that's going.

However, we have accepted many different peoples from around the globe to this country, black white orange and purple people have been made welcome here. Admittedly some did it tougher than others but it built character and helped build a strong nation.

What the socialists do not understand is the fact that their Muslim friends will readily turn on them when the time suits. Muslims are not compatible with our current democracy or a socialist style democracy, if you believe that there could ever be such a thing. Socialist/democrat governments in European countries have eventually turned into unmitigated disasters.

The true Muslim can never integrate into our society as Islam, or the religion of peace as they call it, demands that you have one allegiance and that that allegiance can only be to Islam.

The true Muslim believer can only strive for one thing and that is total world dominance by Islam for that is what is written in their Qu'ran or Holy book.

Muslims are not a race of people, they come from many different countries around the globe.

Wishing to protect this country from people who do not have our democracy at heart and wish to dominate the planet with their way of life is not being racist. Using the racist tag against those who oppose Islamic migration to this country is just a methodology employed by the socialists to lure dumb uneducated dickheads to their cause.

Oh, that is so racist! Well no, it's not! All those mums and dads protesting at the weekend are the true Australians who value the democracy that our parents and grandparents went to bloody war to preserve.

The Muslims and predominantly the Arab Muslims who have been welcomed into this country are the only immigrants in history who have pretty much refused to integrate into our society, establishing themselves in large enclaves and demanding that we change our way of life to suit them.

What really gets up my nose is the fact that the socialist morons completely ignore so many historical facts in regard to Islam, most alarmingly the serious trouble large scale Islamic immigration has caused in many large European cities in Holland, Denmark, France, Belgium, Germany, Sweden and England.

History shows that Muslims cannot even live peacefully among themselves and that since 1948, 11 million Muslims have died in Muslim-on-Muslim bloody conflicts, and that does not include the current conflicts in Syria and Iraq, which by now would be in the hundreds of thousands.

The simple truth is that Muslims cannot and have not, for 1400 years, lived in peace among themselves. it's an historical fact.

To be honest it would appear that the average Muslim male is at his happiest when he is slaughtering something, animal or human, it does not matter, and if it happens to be a Christian human, then all the better.

Yet the socialist Left says that it's racist to try to protect our democracy from people who are indoctrinated into the most violent, racist "religion" on the planet.

I personally do not care if they are a black Muslim, a white Muslim or a purple Muslim… what I care about is that they are unable and unwilling to integrate into a democracy peacefully.

One thing more for the dickheads… it's a pretty poor indictment on the "Muslim religion of peace", when cities like Sydney have to set up a specialist "Middle-Eastern Crime Squad" just to combat violent Middle-Eastern criminals, and I just wonder how many of those people waving racist placards on Saturday have ever been to places like Punchbowl and Lakemba to see what they're really like.

Racism! You want to see racism? Just take a visit out there and you will find out a thing or two about racism.

Oh, and if you are a female, do not go alone or you might find yourself concerned over more than just being spat on and called white Christian trash.