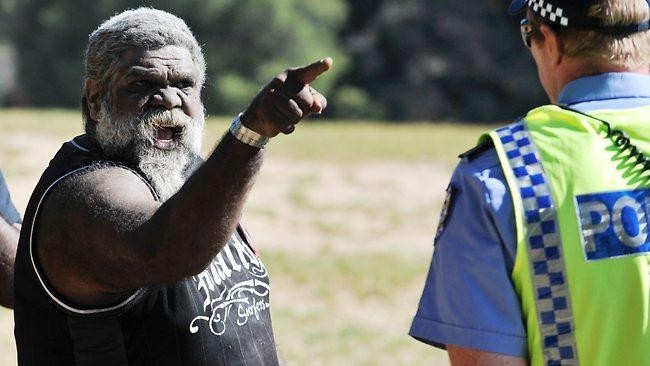 Saw a little of Q&A last night and, although I am not a fan of Australian country music, as much of it sounds just like American country music, I have nothing personal against Troy Cassar-Daley.

Cassar-Daley on Q&A, was having a shot at the PM over his comments about Aboriginal "lifestyle choices" Cassar-Daley’s attitude really made me see red big time.

No, Abbott’s comment has not done irreparable damage Troy, far from it.

Somebody at last has spoken the truth about the situation and at least we are now openly discussing what many of us have totally avoided for years.

I worked and paid my taxes for almost 50 years… and I resented my hard-earned money being just given to people (regardless of their race or colour) to spend on grog and cigarettes. I resented my money supporting people who had never done a tools turn of work or paid two bob in tax.

What’s more, why should Aboriginal people get additional benefits over and above what is available to the rest of the Australian community just because they are “Aboriginal”?

Bugger me, talk about discrimination!

Many, many thousands of hard working Australians feel exactly the same about welfare as I do, Aboriginal or otherwise.

I get even shittier when I hear the likes of Ken Wyatt referring to it as “Government Funding”. No Ken, it’s taxpayer funding, the government does not pay for it, we the taxpayers do.

But hey if you want to go live on land out the back of Woop-Woop, go for it mate… but do not expect the hard working predominantly "white" Australian taxpayers to pay for that lifestyle choice.

It’s simple, go walkabout for all your worth mate, it’s your choice, but stop encouraging this attitude of “it’s all too bloody hard”.  “It’s in our DNA” bull shit, and expect somebody else to pay for the grog you piss up against the wall (or should I say a gum tree) and the cigarettes that contributes to your people having the highest rate of lung cancer on the planet. And you say it’s okay to live that “Lifestyle”?

Oh and please don’t whine about "the gap"… the gap is being widened because people like you will not face up to reality. And while you keep playing this land connection spirituality bull shit it's never going to improve.

Nothing has improved in the almost 70 years I have been on this planet and nothing will change in the next 70 unless a drastic change of thinking happens, and happens quickly.

What Tony Abbott said is true! Have you noticed that the truly successful Aborigines generally reject that lifestyle, remove themselves from the crappy bush camps and actually earn a quid and makes a success of themselves.

So why Troy, having an Aboriginal mother, would you be encouraging your fellow Aboriginal brothers and sisters to embrace that sort of lifestyle when you must know that it extinguishes their life way too early

You know it, I know it, and the likes of Warren Mundine  and Ken Wyatt know it.

The Government of the day knows it and is trying to do something about it to help “your people” and WTF do you do? You send a totally wrong message to the Aboriginal people that a famous successful person with Aboriginal heritage thinks that living a life that kills you early is okay just because you are an Aboriginal.

You have to be kidding me!

Bashing Abbott just because you could, is not actually that smart.

Instead of having a go at Tony Abbott just because he is not running a Labor Government why don’t you accept, that with Abbott as PM, you have the best chance in 100 years of actually doing something to substantially improve the lot of the Aboriginal people.

Stop putting up barriers, stop making  excuses, and actually do something positive to help your people! The fact is, the negativity in regard to change from within the Aboriginal community is the greatest barrier to actually “bridging the gap”.

Go walkabout if you want, it’s a free country the last time I looked… but do it at your own expense, not the taxpayers’.