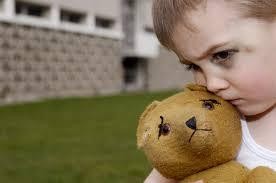 To drive a motor car you have to go through a training and capability process to gain a licence.

To join the armed forces you have to pass a pretty stringent physical and psychological assessment to get the job.

To be a doctor or dentist or a vet you have to go through years of training before being allowed to practise… it’s an arduous process.

Yet, you can be a total waste of space and an oxygen-thieving, drug-addicted criminal living on welfare and bring children into this world any time you feel like having a root with someone.

Doesn’t really matter with whom.

Your partner can be a just as useless an oxygen-thieving piece of human shit as you, and it makes no difference.

Actually you do not even have to stick around, because the useless-as-shit partner can just put their hand out and receive welfare payments, courtesy of the hard-working taxpayers, to pay for the result of a root when you and your stoned and pissed partner probably don’t even remember getting it off!

The end result is a life of misery for these children and the worst case scenario is the multiple homicide we saw in Cairns this week. It was reported, eight children, six different fathers,

However, far too often we see some poor young child has had the absolute shit kicked out of it in a relationship where grog and drugs prevail, and we hear that the local social services department was “monitoring the situation”! Monitoring some ice addict punching the shit out of a little six month-old baby because it cried? What a joke!

Here’s a tip for Scott Morrison; the Key Government in New Zealand made a major policy change last year in regard to parental support.

Major changes have been made to the way the Government supports a single mother. From April 1 this year, the “Domestic Purposes Benefit” has been replaced with “Job-seeker Support”.

The Minister for Social Development stated that, “one child can be a mistake” but multiple children is “no mistake”. But how do you disadvantage a child who didn’t ask to be born?

Under the ALP’s socialist policy, around 1200 people, mainly women and children, drowned at sea while trying to reach the very same welfare system that supports people who shouldn’t be parents bashing the shit out their children! Fortunately Morrison has managed to at least stop the drownings.

I can tell you it’s more than we hear about and it’s something that seems to be well and truly on the increase… and eight more children were added to that count last week.