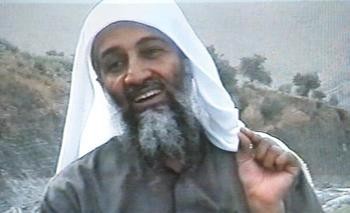 Since September 2001, thirteen years have passed, despite the fact that it seems just like yesterday. Since that fateful day on the 11th of September, the world has changed forever… and sadly it is reaching a stage where western democratic Governments are going to have to take firm action in regard to the mass violence being perpetrated in so many Islamic countries in the Middle East and North and Central Africa. Because the hordes of displaced persons around the globe are fast becoming unmanageable.

Osama bin Laden, that deceased Saudi Arabian Sunni Muslim who hated all things American and turned terrorist and formed al-Qaeda, was the instigator of this mayhem.

What al-Qaeda unleashed that fateful day when almost 3,000 people lost their lives, now reads in history as an event equivalent to the attack on the US fleet by the Japanese at  Pearl Harbour.

That event in 1941 unleashed the USA against the Japanese who were waging war on the western world.

The al-Qaeda attack on US soil has had the same effect with the USA declaring war against terrorism and it was going along quite well, until Barack Obama was elected and things sort of got stuffed up considerably… but that’s another story.

The question now is, “What did bin Laden and al-Qaeda actually achieve?”

Well, we have had the war in Iraq, the war in Afghanistan, we have had an uprising in Egypt, and we have had a civil war in Libya and the current one in Syria, massive bloodshed right across North Africa and a multitude of bombings all around the globe, all in the name of Islam.

Whereas the Americans wanted to smash those tyrannical Muslim dictators who were able to control the tribal hatreds within the Arab Muslim world, bin Laden and his al-Qaeda mates knew exactly how to exploit the entrenched hatreds within Islam.

The bloodshed and slaughter throughout the Islamic world is on an unprecedented scale, all initially propagated by al-Qaeda.

Based on the figures I can muster, mainly relying on Wikipedia and the figures published by the UN and general media, there are around 54 million people either displaced or immediately affected by conflicts… 99% of which are within Islamic states.

Of the 57 Islamic states across the globe… 30 are in some form of conflict.

Around 16 million refugees across the globe are in serious trouble.

However since 2001 around 1.7 million Muslims have been killed in these bloody conflicts. But here is the catch 22; how many western casualties has this massive onslaught accounted for?

Okay, if you include American, British, Australian and other allied military casualties from Iraq and Afghanistan then add the 3,000 from 9/11, then add those who have died from terrorist bombings in the past 13 years, and if you include Christians killed in Africa and the Middle East, it may reach 17,000.

Now if my maths is correct that is a ratio of 100 Muslims killed for every one Westerner.

Actually, since 1948 11,000,000 members of the religion of peace have died in violent conflict! Oh, do you think that your eyes are deceiving you? 11 million?

The information is available on Google.

Now if good old Osama was still with us and you put it to him that his great Jihad had only resulted in the deaths of around 17,000 Westerners but cost the lives of 1.7 million Muslims, what do you reckon the old bastard would say?

Yep!! And how could you possibly reason with someone who thought like that?

Actually, how can you reason with plenty of Jihadists who still think like that?