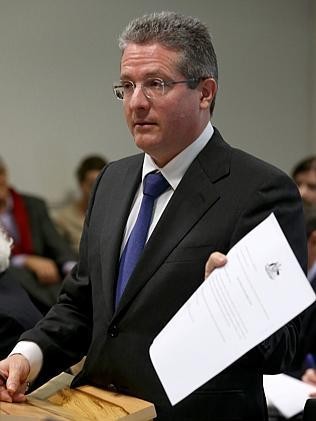 For those of you who are going through a great deal of angst over the findings of Jeremy Stoljar SC in regard to Julia Gillard, I would ask that you take a deep breath and think about this.

Right now this sorry saga is far from over, there is a complete new chapter to be played out if either Bruce Wilson or Ralph Blewitt, or both, are charged with fraud offences.

Stoljar’s assessment of Gillard has certainly sullied her reputation somewhat and has certainly not painted her as “an innocent bystander” by any means. It was just far too complicated to prove that she was knowingly a contributor to setting up the fraud mechanism.

However, there is much to be played out yet and Gillard is far from home free in my opinion.

We also need to remember that the crime reported by Mike Smith to the Melbourne Police was that Gillard participated in the utterance of a false POA.

Why did Wilson need to purchase the property in Blewitt’s name in the first place? Now nobody is going to believe Gillard if she got up in court and stated that “she did not ask”.

To carry out Wilson’s instructions Gillard would have had to have known why Wilson wished to do this.

The reason was, and this has been confirmed by Ralph Blewitt, was so that Wilson could continue to claim his lucrative living away from home allowance (known in the unions as LAHA) while he carried on his dalliance with Gillard in Melbourne, still having a wife and kids in Perth. Now, by anybody’s standards, that is fraud.

Wilson/Gillard effectively set it up so that he (Wilson) became a false tenant in a property owned by somebody else and could claim his lucrative living away from home allowance.

As we all know from previous evidence provided on this site and that of Mike Smith’s, Gillard went to a great deal  of trouble to make this all happen for Wilson, even attending the auction with Wilson when he purchased the Kerr Street property.

Furthermore, how did Wilson claim his LAHA? He must have had to submit receipts etc as such an allowance would be subject to ATO scrutiny. So was Wilson submitting false rent receipts? Who was the agent? How did it transpire?

Matters of wages, salaries and allowances are a matter for the ATO and any union is required to keep proper records.

Notwithstanding, there is also the matter of the establishment of the mortgage, how it was established and who knew what and who signed what and where the money came from. Was it done using the dodgy POA?

If you are thinking that Gillard is home and dry, think again. There is still a whole heap of stuff that can, and possibly will, come back to bite her on her ample arse.

The fat Lady ain’t sung yet …not by a long shot.