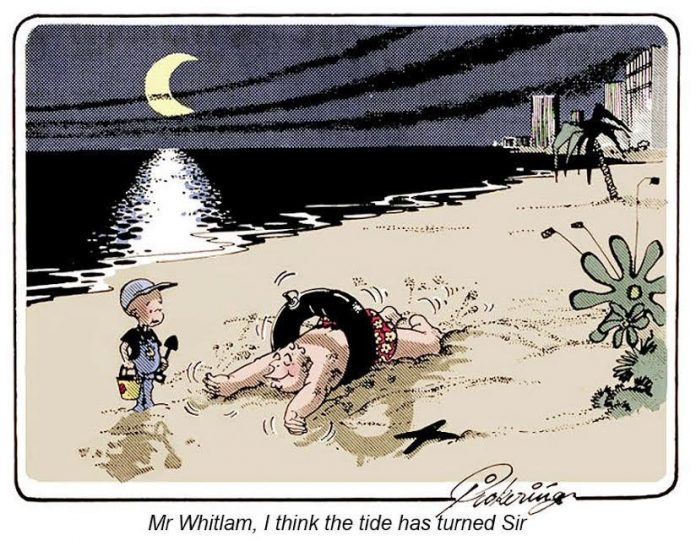 Right now in this country those that are working are paying heaps more tax than they really should be courtesy of “Gough the Great”.

Without looking at the mess that our education system is in which can be traced back to the Whitlam years with his free universal education and free universities which is now costing a bomb and been failing for close to five generations of students, churning out illiterate high school graduates who go on to become university” theory-heads” having a head full of bull shit theory but no social interaction skills whatsoever.

Thanks to Gough, between the Federal and State Governments we are now spending close on $80 billion dollars per annum on a second rate education system that up until the 1980’s was recognised as one of the world’s best.

But it was not a “socialist Universal system” paid for by the government (aka Taxpayer) was it?

Then of course we have Gough’s great dream “the universal health care system”
Now there was nothing wrong with the Health fund system that we had up until the 1970’s but again it was not a “socialist” system paid for by the government (aka Taxpayer) was it?

The cost to the Federal and State Governments was minimal because it was covered by the very small weekly premium all workers paid into the health funds…there was no such thing as “waiting lists” and certainly no “gap” as you often got a rebate from the fund.

Currently the cost to the taxpayers of this country for Whitlam’s great universal health care system is $65 billion dollars and rising. $20 billion of that is for Medicare alone.

Now, if looking after aged pensioners and the unemployed cost say $20 billion that would leave $45 billion to spend on defence and infrastructure projects!

Just think how far ahead we actually could be as a nation had Gough just left well enough alone… Whitlam the great social reformer, what a load of crap.

Over the next few days the ALP will be heaping praise on the “great man” the great leader of the ALP and the socialist left, the great genius who admitted “he did not believe that a government could actually run out of money”

They will tell you that he was a man of vision and a great leader… yep he was a f***ing genius all right!!