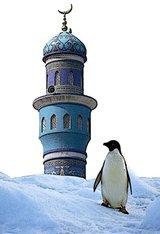 Have a look at the joint! No, seriously, have a good look around the place, is there anything nice going on? We currently have the greatest potential for world-wide conflict since WWII and right now we are sitting on a time bomb.

Yes, since WWII we have had isolated conflicts in SE Asia, Africa and the Balkans and the usual stuff in the Middle East with Israel. Most of the SE Asia conflict is generally internal and over volatile democracy issues, and some religious issues.

But holy hell, have a look how wide-spread things are today! Several central and north African countries, plus Afghanistan, Iraq, Syria, Ukraine, Pakistan and I’ve probably missed a couple.

However, coupled with that lot, half of all European countries along with the USA, are busted and up to their eyeballs in debt… seriously bankrupted countries that were previously solvent for centuries .

What the hell happened?

When I was a teenager going to high school there was always trouble in the Middle East so that is nothing new, however it was during the 1960s that this wonderful idea of the European Union was first mooted.

You see, the Europeans with their antiquated farming methods could not compete with American and Australian large-scale farming, especially Australia, who produced wheat, beef and fine wool and exported it throughout Europe far more cheaply than the Europeans could.

So they formed this “union” to virtually exclude Australian and American produce. In other words it was just one great big protectionist racket, usually the brainchild of unions or Left wing socialists.

Now, during the late 1960s and early 1970s, we started to get many immigrants coming to this country from the Middle East. These were predominantly Catholic Lebanese, Coptic Egyptians and Catholic Assyrians who were trying to get away from the Muslim unrest.

By 1973 the European Union had grown to nine members including Great Britain.
However, besides removing trade barriers, the Union began loosening border restrictions and travel became less restricted between countries.

Between the 1970s and the 1990s much change took place within Europe and the European Union.

With the collapse of communism across central and eastern Europe, Europeans became close neighbours. In 1993 the ‘Single Market’ is completed with the ‘four freedoms' of: Movement of goods, services, people and money.

The 1990s became the decade of two treaties, the ‘Maastricht’ Treaty on European Union in 1993 and the Treaty of Amsterdam in 1999. People are now concerned about how to protect the environment and also how Europeans can act together when it comes to security and defence matters.

In 1995 the EU gains three more new members, Austria, Finland and Sweden. A small village in Luxembourg gives its name to the ‘Schengen’ agreements that gradually allowed people to travel without having passports checked at borders.

Millions of young people studied in other countries with EU support. Communication is made easier as more and more people start using mobile phones and the internet.

So, just when everyone thought the Berlin wall’s collapse and the soviet bloc’s disintegration heralded the end of socialism, on it marched, right over the rubble and into the European Union.

Look at Russia! Is it any different from the USSR …lost a bit of territory but it’s still the same corrupt shit hole it ever was and instead of being run by the Communist Party it’s now run by the Russian Mafia!

While all this was happening the socialist aspect of the EU was growing with it and Muslims in large numbers migrated into the socialist countries offering the most generous welfare handouts and they grow in numbers in England, France, Germany, Holland, Denmark, etc., etc. and the great socialist welfare state of the EU grows and grows and as it did, so too did respective governments’ debt.

Now, by 2013 the European Union had this great big socialist enclave consisting of 28 Countries and of those around 22 are now loaded with Muslims!

Meanwhile, back in the Middle East, the Islamic terrorist movement was being led by that wonderful Saudi Sunni Muslim, Osama bin Laden and daily growing in strength.

At the same time, in the rest of Europe, the Muslims were ripping off the social security systems of these socialist countries as fast as they could enabling them to build their mosques and to send money back home to help finance you know what… Islamic Jihad.

Many European countries are now no-go areas for non-Muslims and no-go areas for white people. Previously beautiful central and eastern European cities have been trashed. Large English cities are ruined and across the creek Paris trashed!  The Netherlands and Scandinavia have been turned into desecrated shit holes by Islamic immigration.

So, for those of you wanting to know why “socialism” is rampant in this country and why the communist/socialist aspect of the ALP did not die with the fall of the Soviet Union and the Berlin wall, look no further than the Socialist Republic of Europe.

Why do the ALP and Greens welcome the Muslims? Because they realise that the great European multicultural fuck-up and Muslim socialism go hand in hand! And the Muslim will invariably vote for the socialist party that provides the most welfare and the biggest cheques.

Don’t take my word for it, just go look at the great European socialist republic, it explains it perfectly!

Now, if you think it was America’s collapse of Fanny May and Freddy Mac, along with Lehmann Brothers, that caused the GFC and that that in turn threw Greece, Spain and Portugal into virtual bankruptcy, think again! I can tell you now their socialist agenda had them well on the way to insolvency well before the GFC hit… and Britain almost followed them there.

So if you want to know what inspires Gillard, Shorten and co., look no further than the great European Socialist Republic, that wonderful institution of social integration that has given Islam the greatest leg-up in its quest for world domination, thereby

fulfilling the dream of the great exhausted goat shagger, or should that be exalted paedophile.

Is it any wonder these Islamists were willing to pay people smugglers tens of thousands of dollars to get to Oz… and where did they find all this money? You well may ask, “where d’ya get it?” because it is found by various means we don’t even want to think about, but they get it, because this country and NZ are the last bastions for Islam to conquer, unless they think Antarctica might be worth a shot.

They have just about shagged everything else on two and four legs so why not give the penguins a go, and those fur seals look awfully cuddly this time of year.

The Islamic Republic of Antarctica …yeah, why not?

An Election Between Love and Hate

VISEGRAD NATIONS AT PEACE WHILST THE WEST BURNS