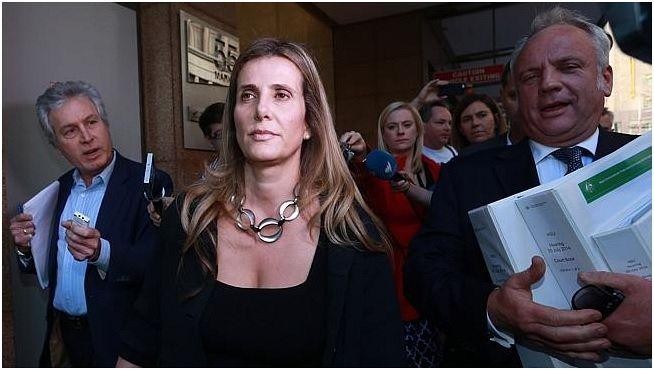 Despite anything else that may be revealed by this Royal Commission into unions, the revelation regarding the underpayment of employees at Peter MacCullum Cancer Research Institute have just left me totally stunned, but not surprised.

It appears that the MacCallum Institute had inadvertently underpaid several research employees who had gone to their union, the HSU, to have the matter rectified.

When it was proven to the Institute that they had in fact underpaid these employees, the Institute informed the union they would need to sack 38 employees to back-pay these technicians.

Having been told this, it appears Jackson had said to the MacCallum people, “well if you cover our legal costs to date we will drop the case and tell the employees the situation”.

Sounds reasonable, but it wasn’t. Jackson, had no right to do what she did and I mean no right legally. I do not know if the MacCallum employees were working under an award or a registered industrial agreement. Regardless, an award or a registered industrial agreement is law, they were legally entitled to be paid correctly and it was Jackson’s job to see that they were.

Now the only people who were legally entitled to make the decision to drop proceedings for their back pay were the employees themselves by vote. But did Jackson put it to an employee vote? No, according to Jackson, she vaguely thinks they sent them some memo or other. Wow!

Then the Institute comes up with the $250 grand to cover the union’s legal costs and what does Jackson do with it? It appears that she created this nice little slush fund with it.

It did not end up in the union’s consolidated revenue where it should have been for the benefit of the members. It ended up in the Kathy Jackson benevolent fund.

Holy hell! Between Williamson, Thompson and now Jackson, how much members’ money has just been ripped off? Tens of millions! But the HSU is just one union… just one!

What makes matters worse is that they do not give a stuff! Did Williamson or Thompson show any real remorse? You’re kidding. “What a great Job this is, look at all this money and there is no-one watching…whoopeeeeee!!”

Not only is the amount of union members’ money siphoned off for various personal or political benefits totally staggering, the amount of money extorted from Australian businesses every year by unions would leave you totally dumbstruck.

Sadly, when it comes to money, those highly principled, supposed guardians of the working man, those righteous protectors of workers’ rights, do not give a flying continental about the workers’ wellbeing once the probability of “making a quid” arises, especially in an election year.

I can quote you chapter and verse from the NSW Industrial Commission in 1995, where the TWU was quite prepared to stitch up a union delegate for $10 grand… and they never batted an eyelid.

In the MacCallum situation, you can bet your arse Jackson never, ever thought that maybe, she could divvy this money up among the MacCallum employees to help them out a bit, considering that they had been underpaid.

Nuh!! You can bet your left nut that it would have been the last thing that Jackson considered because she did not consider it to be the employees’ money, it was money she had negotiated, it was union money all right, but she was the union… so it was hers!

Sorry Mike, I think you are going to be in for a rude shock….I thought you were smarter than this.

THERE ARE NO ASIAN GROOMING GANGS IN ENGLAND