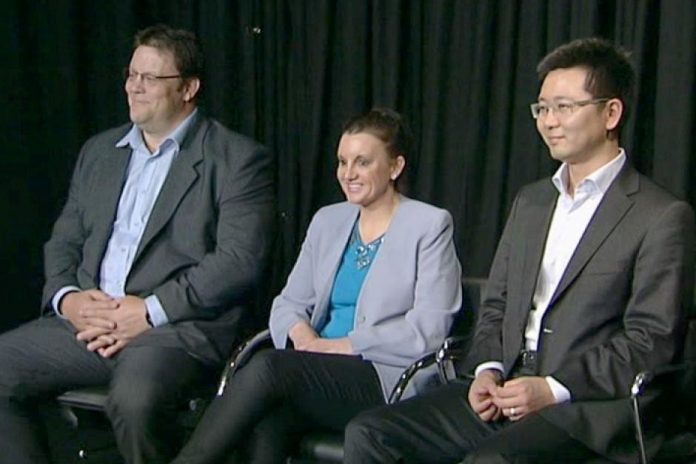 So as shareholders we had demanded a massive shake up and we got a new management team into place on the basis that this new management team cleaned up the business, got Australia Co out of its debt and deficit problems, and running efficiently once more.

The system for appointing the directors of Australia Co is stuffed. The antiquated “Optional-
Preferential" voting system, with its ancient quotas requirement, is something no-one really understands anymore and it's being rorted for all it is worth with ‘specialist "consultants” getting the board members elected on just 0.51% of the primary vote.

In many cases the winning candidate is actually decided by political parties that are allowed to play “ducks & drakes” with a preferential system that is totally out of the hands of the voter.

You wonder why we keep getting dickhead directors on the board…it’s a joke. A board of directors is supposed to be made up of competent educated people with some sort of business experience to ensure the business is run correctly, not some bloke whose claim to fame is that he knows how to take a 4-wheel drive paddock bashing.

And unbelievably this bloke received less than 500 primary votes and is having his strings pulled by some other bloke who a major Chinese International Corporation says is a crook and that he ripped them off for $12 million dollars, part of which it is claimed funded his electoral campaign.

Oh, and there is that dopey female director from South Australia, you know the one, Sahara Two–Heads … yeah, that's her. She gets to be on the board because her group gets a whopping 7.09% of the vote. Bugger me, what a great system! Dickhead after Dickhead on the board and the system keeps putting them there.

Notwithstanding, can we really afford to sit back and do nothing about it?

It’s a great system whereby, somebody voting for someone who has no hope of being elected, helps the candidate who actually ran second, run first… but it can be worse when some bloke who runs just about dead motherless last wins the ballot… and that is virtually what happened in the last Senate election in the case of Ricky Muir… horrifying but true.

Do you really know who you are voting for when you vote for the senate, or do you make a mark and hope for the best?

Now, even people who claim that they know how the system works cannot really explain it to you and for Christ sake don’t ask your mate at the pub to explain it, it’s a sure way to make him your ex-mate and you'll probably end up in a punch up.

It's a sad day for democracy when a government which is elected with an overwhelming majority to do a job in sorting out the country, cannot do so because a bunch of dickheads who end up in the Senate by default is holding the Government to ransom!

It is now that bad, Paul Keating actually got something right… ”unrepresentative swill” pretty much sums up the current state of the nation right now.

Yes, I know that changing the voting system for the board of directors for Australia Co is a difficult process, just like removing the board of any major corporation.

Firstly, our new General Manager Tony Abbott would need to garner bi-partisan support for any changes and then there would need to be a majority referendum or plebiscite with four of the six States agreeing… no easy task by any means, but one that is necessary for the ongoing survival of Australia Co.

No-one understands the Senate's voting system. It is convoluted and antiquated. It would be preferable having the system the same as for the management team (the House of Representatives) and cut out the quota and optional components.

Even a first past the post system for the Senate elections, as long as it delivers the people the electorate actually votes for and not dickheads that get there because the system can be manipulated. Getting some bloke on to the board of directors with just 0.51% of the primary vote cannot in any way be good for business .

If you go into the Electoral Commission web site and look at the House of Representatives election results, it all pretty much makes sense. However, when you look at the Senate. Holy Dooley, it’s like the Nightmare on Elm Street on steroids trying to work out how these people actually got elected.

Now I am not exactly a fan of the Reps preferential voting system either when a disaster like Clive Palmer, who so obviously was not the first choice of the electorate can get elected with just 27% of the primary vote compared to his nearest opponent who received 41% of the primary vote.

The good burghers of Fairfax as sure as hell were not voting for Palmer but got him anyway.

Nevertheless, the Reps is not really the crucial issue here, the Senate electoral system has become such a rorted complicated mishmash, that it does not even come close to representing the wishes of the electorate and needs urgent attention, because it’s badly busted… actually it’s so badly busted it’s no longer actually democratic.

We have seen a bunch of half-wits destroy the country in less than six years and the board of directors simply let them get away with it.

Now when the new management team wants to fix it, it's a different story, and it would seem that the current board does not care if Australia Co goes bust in the process. Do we have to re-brand Australia Co "Greece Incorporated" because of these dickheads? it seems so.

Well Tony Abbott, you said the other day that it was your job to “rescue the country”, so start rescuing, we deserve a much better return on our investment than we are getting.