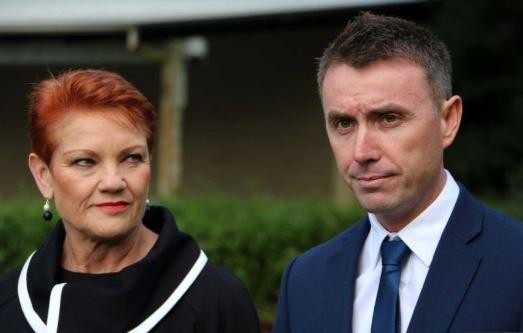 Mainstream media are revelling like pigs in mud with the sensational headlines they get to write this week about One Nation.

The big story is James Ashby & Steve Dickson flew to America to meet with lobbyists and were secretly recorded discussing potential policies and donations.

Apparently it’s business as normal when the major parties do it, but outrageous when One Nation does.

Or is it only scandalous because the topic was every authoritarian’s favourite policy: government restrictions on law abiding firearms owners; and the lobbyist was the NRA?

Gun regulation is a darling of the leftist media complex internationally and an especially easy sell in Australia.

It’s difficult to sort the sensationalism from the substance of this story. How many people honestly weigh where the reporting on One Nation’s agenda ends and the reporters’ agenda begins?

As I’ve said previously, I’m no fan of One Nation. But I want to call out the hysteria and hypocrisy currently being peddled in what should be regarded as a comparatively minor story.

Both the Labor & Liberal parties have sought and received donations from overseas and from organisations with mutual interests before the laws were changed (roughly five minutes ago).

If the media was sincerely concerned with foreign political agendas being imposed on Australian politics one need look no further than the little-known but undeniable influence of EMILY’s List.

This is an American political action committee (PAC) whose primary mission is raising political donations to make sure female, pro-abortion-without-limits candidates are elected into positions where they can change the laws.

But forget a trip overseas to discuss strategy and potential donations back in Australia. This American political lobby has effectively colonised Australian politics and started a local franchise by the same name.

Over ninety members of EMILY’s List have been successfully placed in Parliaments around Australia.

Who announced Labor’s federal election policy for “free” abortions, which imposed legalisation of abortion in reluctant states and a shiny new abortion facility in Tasmania? It was EMILY’s List member, Tanya Pilbersek.

Forget the potential for a tragic massacre from an anomalous madman. The impact of this American lobbyist is real and contributing to the tax-payer funded, legal killing of significantly more than 70,000 Australians every year. Is that okay just because we can’t see their violently destroyed bodies?

The sheer hypocrisy of the hyperventilation about One Nation’s flirtation with the NRA is that the media are deafeningly silent when they agree with the political outcome.

Just imagine the headlines if the NRA started an Australian branch and fundraised for pro-gun-for-self-defence candidates. Which is it?

Are all foreign political lobbyists & fundraising an anathema to our national interest, or is there no story here? You can’t have it both ways.

I don’t endorse what Dickson and Ashby are on the record as saying. But Australians inclined to think for themselves should not be deluded into believing more appalling conversations haven’t regularly happened with representatives of the major parties.

19th Century American poet, John Godfrey Saxe, wrote, “Laws, like sausages, cease to inspire respect in proportion as we know how they are made.”

The media’s interest in this is neither objective nor pure. Many are currently playing just as dirty as they accuse One Nation of acting. 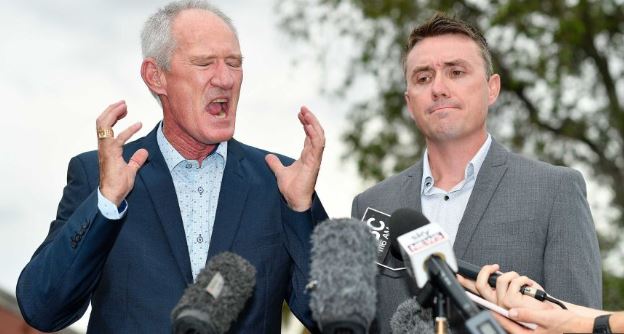 Not least among these are the “journalists” who broke nearly every ethical rule of professional journalism to produce a cheap ‘gotcha’ moment. Such entrapment and bad faith may be excused if pursuing a killer, but the report was by patently partisan activists.

A meticulously manufactured story from the beginning, they only sought to humiliate political opposites and so, ironically, to influence the Australian federal election.

Observe yet more hypocrisy. The Australian media have donned sackcloth and ashes at the mere thought of foreign political influence on elections. Meanwhile, they have uncritically regurgitated the propagandised hyperbole of Al Jazeera.

That media outlet is the mouthpiece of Wahabist Islamic state, Qatar. Have any of the same Australian press not clucked their tongues at Russian interference in American politics?

Where then is the equivalent outrage? There are so many more significant stories in this sorry saga that have been ignored while only one politically convenient chapter has been trumpeted from the roof tops.

But if One Nation are every bit as terrible a spectre for Australian society as the media & political classes would lead us to believe, the selective outrage when it suits the desired narrative is driving more people and votes into their arms.

The media need to be just as indignant when the shoe is on the other foot as they are when the story is about politics they don’t like.

Journalists are largely responsible for the ascendancy & longevity of One Nation. Instead of hatefully shaking their fist in Pauline’s face, they must stop giving her so much oxygen.

They must be actually nonpartisan in their reporting instead of selectively condemning an action in political enemies while turning a blind eye to the same actions in perpetrators who promote policies they prefer.

Honest journalists must now scrutinise Labor’s alliance with EMILY’s List as much as they have One Nation’s dalliance with another American lobby group or further compound their reputation as biased gutter press and fake news.