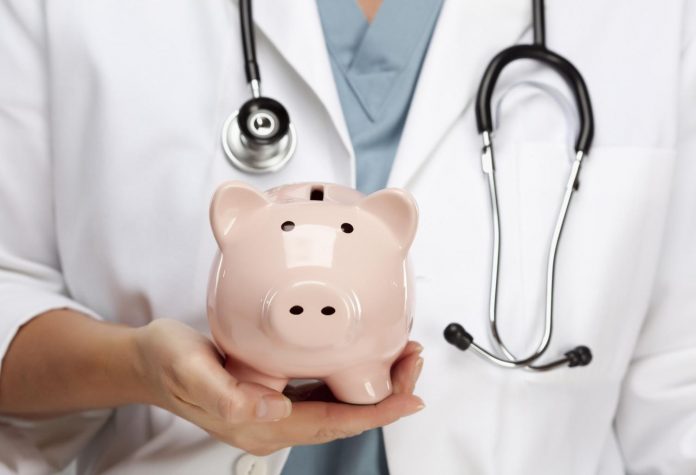 Healthcare is never free – somebody has to pay for it. Queensland used to have an excellent system, about 50:50 public:private, with the public system funded largely by the Golden Casket (pre-Lotto days) and the private system having your premiums as a tax deduction.

Then along came Bill Hayden, Steven Duckett, and John Deeble – and Medibank was born in about 1972, if memory serves. This is what then morphed into what we now know as Medicare. They took the basic premise of Queensland's system and made it national.
Except it had flaws.

The "Schedule of Rebates" (which is NOT – as some people think – a schedule of fees) was made up of rebates of 85% of a then-acceptable fee for outpatient services, and 75% for in-patient services. But doctors could still charge what they felt they were worth, depending on supply and demand, not to mention reputation, special skills, etc.

A visit to the GP cost a few bucks, and you got 85% of it back from Medibank/Medicare. It appeared to be sustainable.

And then the rot set in – entrepreneurial GPs such as Geoffrey Edelsten and others figured that by practising conveyor-belt "consultations', and BULK BILLING to the governement, with nothing to pay for the patients, they could turn all those 85% rebates into a lucrative income.

Now, a couple of generations on, the public have got used to the idea of bulk billing clinics, and object to having to pay ANYTHING towards their healthcare. Many of them continue to smoke, eat junk food, drink alcohol, and generally indulge in other things that cost money, including going to the football, paying to get their car fixed, whatever.

But they don't want to pay $7 towards their own healthcare – they have become used to this misconception of healthcare being "free". However – ALL taxpayers pay for it via the Medicare levy. Those who are on various benefits and social welfare contribute nothing.

But the whole "mirage" of "free healthcare" is flawed. It was never intended to be FREE. It was intended to be UNIVERSAL – as in: anyone had access to good healthcare when it was needed. But now we have the expectation that it is free, it is grossly overused (whatever happened to tucking up in bed when you got a cold or the flu?), and is in no way sustainable.

We have a population that is aging, and many of those are becoming more dependent on the medical system. At the same time, we have a steady-state or decreasing number of working tax-payers who are actually paying for Medicare. Private health cover is no longer tax deductible. Even if you already pay the Medicare levy.

So we have an expectation and a false notion that the healthcare system is, and should be "free" – which it isn't and never has been. I live in a reasonably good socio-economic suburb – and there are few or no bulk-billing GPs around here. We pay to go. Always have.

So just how is this proposed co-payment an "attack on free healthcare", when healthcare isn't free anyway, never has been, and was never intended to be?

If it makes people think before going to the GP for every cough and snuffle, just because they currently can, and it's "free", then it may just free up some resources for those who really need it.

I have worked in both the public hospital system and the private hospital system for a long time. Yes, there are a few – a small number – of private specialists who charge like wounded bulls, way over the top of even private health cover, and who are greedy bastards with overblown senses of their own worth. And they really queer the pitch for the vast majority of medicos who are really trying hard to give the best possible healthcare to their patients. But these greedy bastards shouldn't tar the private health system with the one brush.

Likewise, we have greedy bastards who run bulk-billing clinics – not for the benefit of their patients, but for the benefit of their bank accounts or their corporate bosses. Why do you think companies like Primary Healhcare and others have spent fortunes buying up bulk-billing clinics? It's because they are businesses, whose sole aim is to make money. Churn patients through at high volume and claim all those 85% rebates back in big dollars.

That's not free healthcare. And it's not GOOD healthcare. Neither are the greedy overcharging private specialists.

We should go back to the old Queensland system, where private health insurance was tax deductible (and nobody charged gaps over and above it), and the public system is means tested. And visits to the GP mean you have to pay a few bucks out of pocket.

Sounds fair to me….