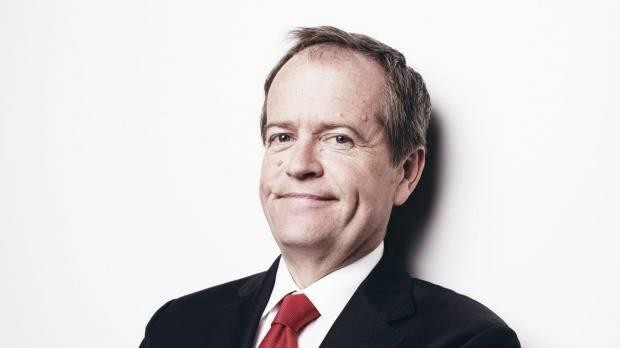 Bill Shorten thinks he can make truckies responsible and stop them taking drugs. Little does he realise that without speed pills there would be a semi trailer accident on every bend with dead people strewn everywhere. Private truck operators do it really tough and they don't need to be unionised by Shorten.

I used to do the grape run from Barossa and back to Flemington Markets four times a week for ten weeks each year and made do with no more than four hours broken sleep a week. I was always exhausted but I was clearing four grand a week selling the grapes at a 50% markup and paying a commission per box to the union that covered Flemington Markets. Eventually I found my own private Italian grappa buyers and stopped paying the union blokes.

I would load up with empties at Flemington and get them fumigated at Bordertown before pulling into Tanunda, offloading the empties and loading up to 40 ton of red grapes by hand, without help… no fork lifts, no nothing.

Each trip the trailer was so overloaded there was a dip in the middle despite most of the weight being over the axles. From memory the maximum weight allowed per axle was 14 ton. I was double that and copped a 25 quid a ton fine if they could catch me.

Early one morning, I was just outside Melbourne on the way back to the markets. I was cruising down a hill near Keilor. The truck was in angel gear (neutral) and the massive load was propelling me down this hill. The faster I hit the dip the fewer gear changes I would need on the way up the other side.

I was half way down with the needle rapidly rising above 135 MPH and I could see the pedestrian crossing in the dip. I wasn’t concerned as it was far too early for anyone to be using it.

I was determined to hit the dip about 180mph, when a woman and a little girl appeared and began to cross. “Faaaarrk!!!! Please don’t cross now”, I yelled, slamming on the trailer brakes.

As soon as the trailer brakes grabbed, I stamped with all my weight on the cabin brakes. I couldn’t do any more except try to keep the bucking rig balanced. I didn’t think it would stop in time. Most of the wheels were grabbing and skidding hopelessly, causing the entire semi to vibrate.

The whole rig was rocking violently. Any minute I expected the load of grapes to come through the back window and land on my neck.

With barely 10 feet to go the truck shuddered to a stop, still swaying. Stinking clouds of hot blue smoke washed over the truck and on to the pedestrian crossing.

I was sweating profusely and shaking like a leaf. I could feel my heart banging as the lady had the little girl by the hand and continued to cross. The little girl raised her handbag toward me (I wasn’t sure if she was waving at me or showing me her new white handbag). Her mother just nodded politely at me. The little girl was dressed in a brown skirt with a yellow blouse and hat. Her mother was in a white skirt and a sailor style blue blouse. Her clicking high heels echoed as she walked.

“What the hell were they doing here this time of morning?” I wondered.

I got out and tightened all the ropes on the load, then put the truck in first gear and began the long, tortuous haul up the hill facing me.

But it never happened. There was no pedestrian crossing, no lady and no little girl. I actually knew it hadn’t happened. It was just another hallucination from the speed pills. But it was impossible to deny such stark reality

It happened a lot. I had stopped once to get a stick from the side of the road so I could chase zebras off the highway.

It was so real. I could smell their distinctive horse odour as I was belting the shit out of these zebras. It happened to all of us often and when we saw another rig parked in the middle of the highway we would stop to help the poor bastard.

With three more weeks to go ‘til the end of the grape season, I was starting to think I wouldn’t make it. I had been lucky to get a half hour's sleep a week at the fumigation point for the past seven weeks. I vomited all the last week of the season. I couldn’t eat and couldn’t keep the pills down. I didn’t know how many I had taken and I wasn’t going to sift through the vomit to find out. I would simply take another handful.

I got through my last season somehow but I was sick. Really crook.

I spent some time at home with my family. The profit was mostly gone with fines and I was thinking what a fool I was.

I felt like I had to get some more speed pills so I could feel a fraction better and get back to work so I rang my supplier. “What are you driving now mate?” he asked.

Later I really appreciated his refusal. It was an unwritten law with the truckies. The pills were not to be used outside a truck. We were not druggies, we were merely trying to stay alive. Without them we would certainly have died and taken others with us.

I got over it somehow and decided the risk of further grape runs was too great so I sold the truck at a loss and moved on. Oh well, shit happens for us, Mr Shorten, how are you doin?.

Co payment is ideological not economical